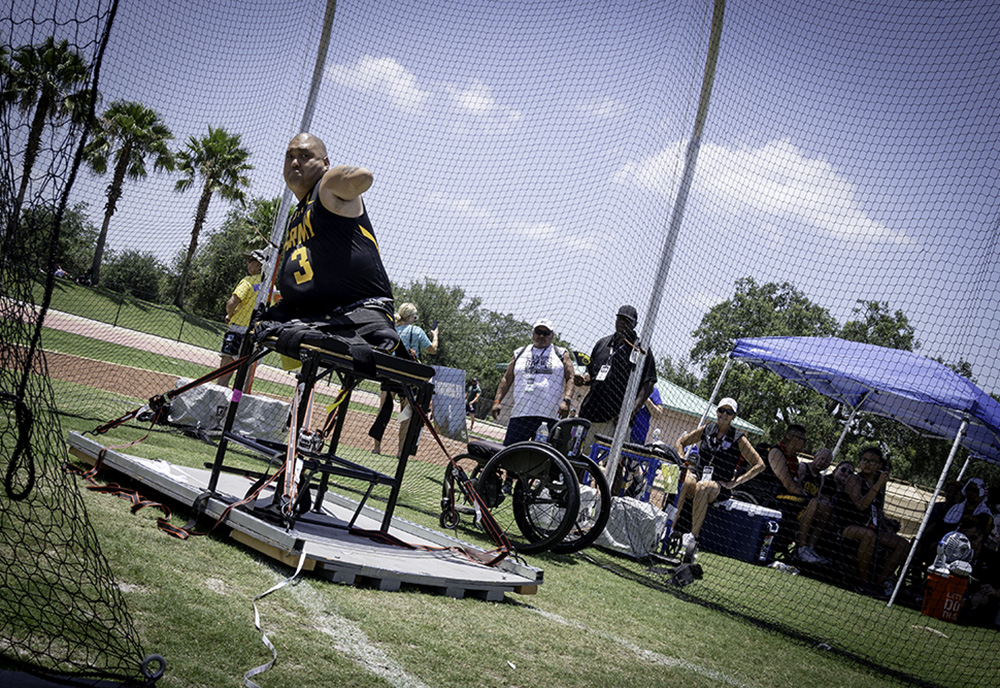 The University of South Florida is set to host several events as veteran military athletes descend upon Tampa Bay for the 2019 Department of Defense (DoD) Warrior Games. Representing all branches of the United States military, approximately 300 wounded and ill service members will participate in the 11-day competition.

Participants will go head-to head in 14 sports, including track, field and wheelchair tennis, which will take place on the USF campus.

Ranked second on the Military Times list of Best for Vets Colleges, the Warrior Games is just one of the many ways USF works hard to make life better for veterans and members of the military.

“The University has made it a point, no matter the issue, to work with veterans from the moment they show interest in the school, through their matriculation and even beyond graduation into their future career,” said Air Force veteran and USF graduate Aimee Carpenter. 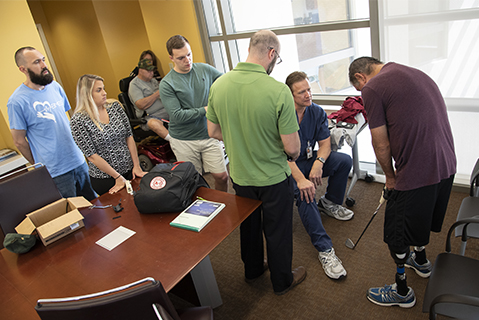 Local veteran, Rufus Meyers, tries out a a prosthetic device designed to help him grip and swing his golf clubs.

A long-time partnership with the James A. Haley Veterans’ Hospital has enabled collaborations in research, technological advancement and patient care. In 2018, students in the USF Biomedical Engineering Department helped get local veteran, Rufus Meyers, back to doing what he loves by developing a prosthetic device that enabled him to once again grip and swing his golf clubs.

Close relationships have also been developed with the United States Special Operations Command (USSOCOM) at MacDill Air Force Base. The USF Institute for Applied Engineering works in collaboration with the DoD to improve cyber security, autonomous systems, human performance enhancement technologies and transportation infrastructure systems, among others. 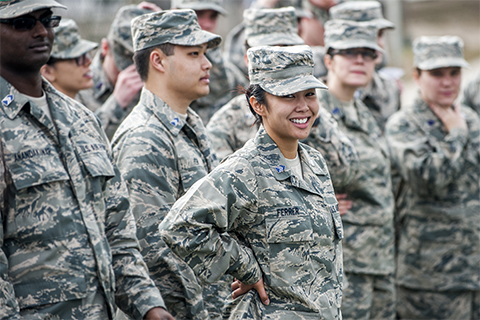 The University is home to over 300 men and women participating in ROTC programs, and one of only 50 campuses in the nation that hosts all of the nation’s Armed Services (Army, Marine Corps, Navy, and Air Force.) The Joint Military Leadership Center on campus provides a unique, state of the art training facility for the ROTC program which promotes joint activities, planning and inter-service cooperation.

The USF Contemporary Art Museum (USFCAM) also offers Breaking Barriers, an intensive five-week photography workshop for military veterans. It’s an initiative to give veterans the opportunity to have a voice through art making, and interface and integrate with both the local civilian and larger veteran communities. It’s held at the School of Art and Art History. The next workshop runs July 12 - August 9.

The USF Office of Veteran Success assists more than 1,600 student veterans each year with benefits, processing, peer tutoring and career/professional development, which had led to an 83 percent retention rate and a 68 percent graduation rate.

The DoD Warrior Games run from June 21 through June 30.

A complete schedule of the Warrior Games’ events can be found here.

For veterans looking to learn more about joining the USF community, visit https://www.usf.edu/student-affairs/veterans/.