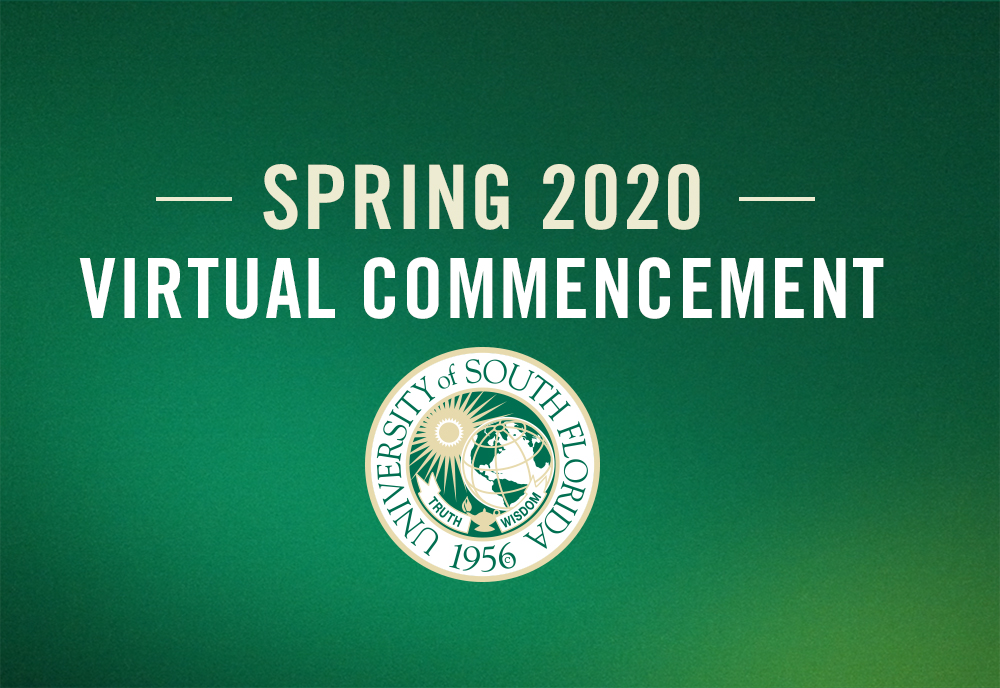 Nearly 7,500 USF degrees to be conferred virtually during May 9 ceremonies

For the first time in its history, the University of South Florida will hold virtual commencement ceremonies on Saturday, May 9, to recognize thousands of graduates who are unable to participate in traditional, in-person ceremonies due to the coronavirus outbreak.

USF President Steven Currall will preside over ceremonies for campuses in Tampa, St. Petersburg and Sarasota-Manatee that will include conferring nearly 7,500 degrees.

The spring 2020 class features 43 students who hold a perfect 4.0 GPA, 272 student veterans and graduates from 50 states and more than 100 nations. The youngest graduate is Natalie Rodriguez, 18, earning a bachelor’s degrees in aging studies. The oldest graduate is 68 years old.  Of the degrees to be awarded, approximately 6,617 are from USF in Tampa, 544 from USF St. Petersburg and 280 from USF Sarasota-Manatee.

Each virtual ceremony will include many elements that traditionally occur during an in-person ceremony, including remarks from Currall and each USF campus student body president, recognition of the Outstanding Graduate Award winners and graduates who earned a 4.0 GPA and conferring of the degrees. Instead of graduates walking across the stage one at a time, each ceremony will feature the names of every graduate on screen. The ceremonies will be available for viewing beginning at 10 a.m. on May 9 through the USF commencement website.

Spring graduates have also been invited to participate in USF’s traditional in-person commencement ceremonies in August, which are contingent upon ongoing guidance from federal, state and local government and public health officials regarding large gatherings. 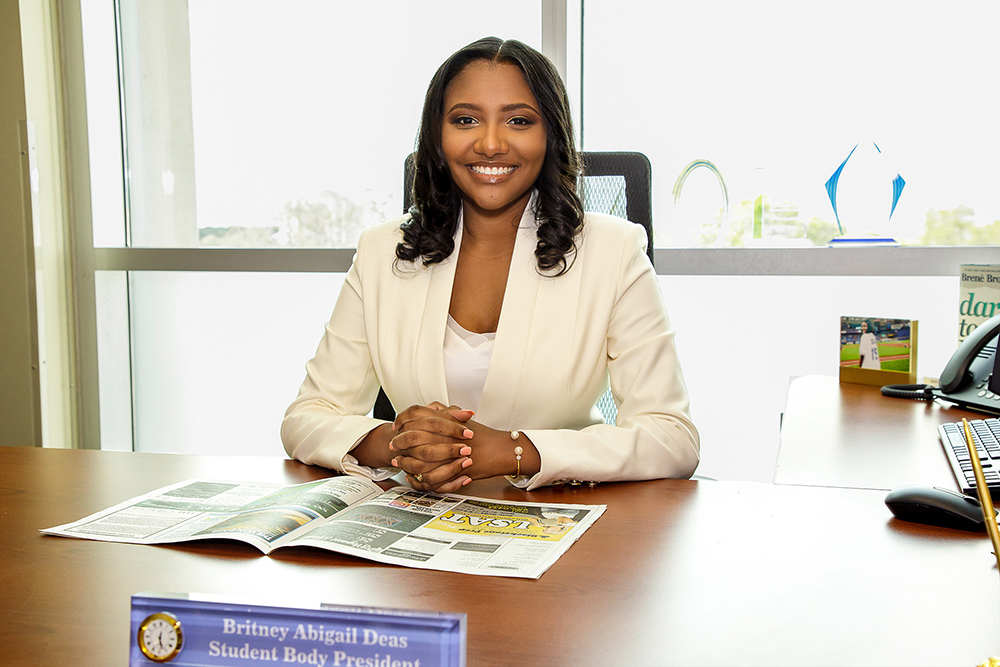 When Britney Deas first stepped on to the Tampa campus, she didn’t plan to one day graduate as part of the university’s history. But, that’s exactly how her USF journey unfolded. Elected to serve as the Student Body president in Tampa, the Miami native was the first black woman to ever serve in that position and USF’s first female Student Body president in over 20 years. During her presidency, Deas was a critical student voice throughout the consolidation process. Her administration also completed a number of high-profile initiatives, including a project to make mental health resources more accessible to students. Outside of Student Government, Deas was active in the Student Alumni Association and the Order of the Golden Brahman. She says that while her involvement at USF was geared toward making an impact on others, it also gave her a sense of belief in herself. Deas plans to attend law school after graduation. 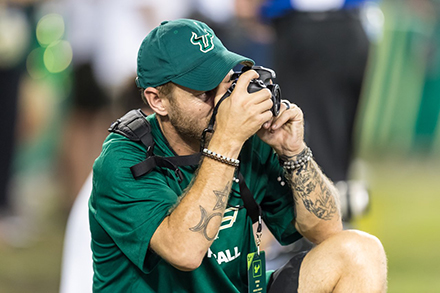 Michael Congdon spent 15 years in the U.S. Army. After medically retiring due to leg and back injuries, he started on a path to pursue business and marketing. But something was missing. Upon transferring to USF, Congdon decided to change his focus and began pursuing photography. He says the change was one of the best things he’s ever done. Art has proven extremely therapeutic and has helped get his mind off some of the traumatic experiences he’s had. Through USF’s Breaking Barriers program, a photography workshop developed for local veterans, Congdon gained opportunities to show his work at various venues and received much acclaim. After graduation, he plans to pursue an MFA and is scheduled to compete in the national Veterans Creative Arts Festival competition in November. 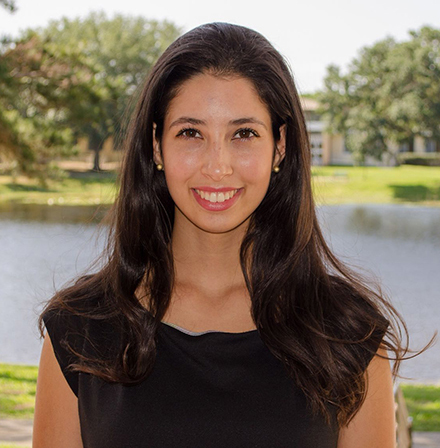 Renata Gomes Martins’s journey from Brazil to the United States was filled with perseverance, hard work and determination. Those traits served her well throughout her time as a Bull too. At USF, the global business major received an academic scholarship and maintained a 4.0 GPA -- earned while supporting herself financially. She worked part-time at the Small Business Development Center and, before that, as a sales intern at Florida Golf. Thanks to scholarships, Martins has also been able to study abroad twice, traveling to Europe and to Africa. The experiences clearly align with her global view and spurred Martins to get involved in the Global Citizens Project, eventually serving as president of the group. She later cofounded the Global Business Society and helped bring the inaugural World Without Waste Sustain-A-Bull Challenge, supported by Coca-Cola, to campus, giving students a chance to pitch sustainable business ideas to the firm’s leaders. After graduation, Martins plans to begin her career at Cintas, a position she secured months before commencement. 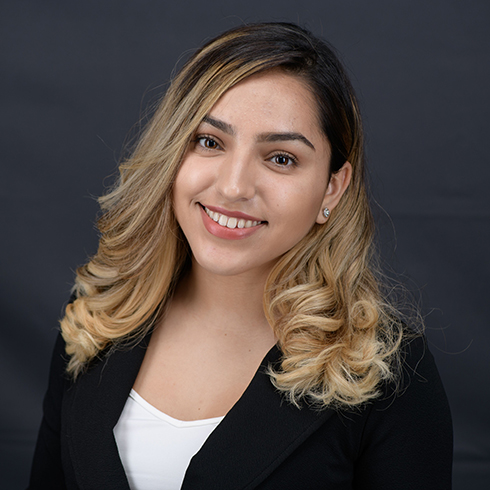 Growing up in Tampa as a first-generation American, Natalie Rodriguez’s parents always stressed the importance of education. At a young age, she was encouraged to read and study often – habits that helped gain her acceptance into a magnet high school where she was able to work simultaneously toward her diploma and an associate degree. At 16, Rodriguez graduated from high school and Hillsborough Community College. At the same time, she began volunteering with local organizations and saw first-hand the struggle older adults face in health care. After transferring to USF, Rodriguez decided she wanted to help and began pursuing a degree in aging sciences. Now, she is set to graduate with her bachelor’s degree at just 18 years old, the age when most students first begin college, and is this semester’s youngest graduate. Moving forward, Rodriguez plans to pursue an MBA at Louisiana State University, before applying to medical school to become a physician. 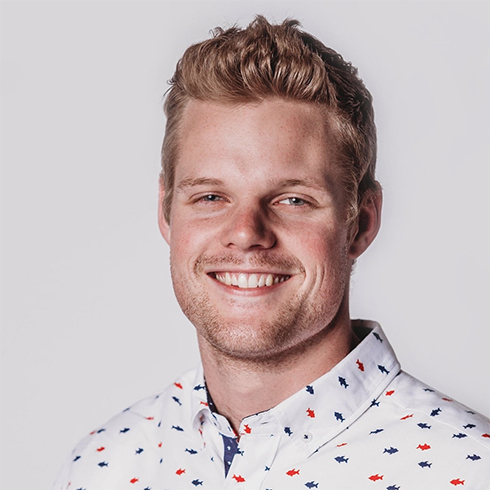 The global coronavirus pandemic crystallized for Jonathan deVries why he wants to pursue a career in medicine: to solve problems and help people. deVries, who was named USF St. Petersburg’s Outstanding Graduate for Spring 2020, took advantage of Tampa Bay’s status as a healthcare hotbed to work at a number of premier institutions. As a first-year student, he began volunteering in the surgical recovery room at Bayfront Health, which he continued to do throughout his college experience. The following year, deVries interned at Moffitt Cancer Center, researching novel therapies for bone-metastatic prostate cancer. Starting in his junior year, he worked at Johns Hopkins All Children’s Hospital as a clinical research assistant conducting labs and research on pediatric gastroenterology that he continues today. On top of his studies and hands-on learning at research centers and hospitals, deVries found time to satisfy his passion for global outreach by serving on mission trips to Japan and Kenya, helping to build an addiction recovery center. Each of these experiences has contributed to his knowledge and passion for the medical field and deVries is currently applying to medical schools across the nation, with plans to start in the fall of 2021. 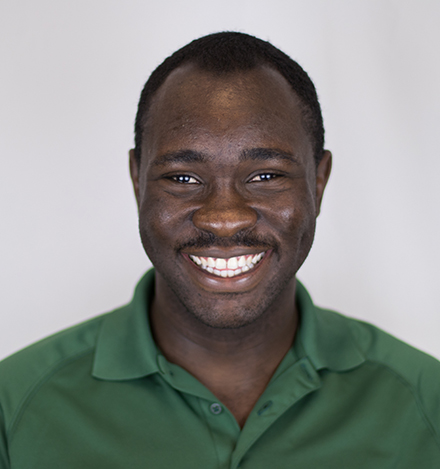 Nicholas Stewart’s university experience has been a transformative one for the first-generation college student. Born in New York and raised in Jamaica, Stewart overcame many obstacles, including homelessness, on his way to USF. He says he didn’t know what to expect when he first stepped foot on campus, but through his involvement in the STEM Academy, Stewart was able to connect with students and faculty that have enriched his personal and academic life, forever. He was able to take advantage of USF’s countless undergraduate research opportunities, working at the USF Health Byrd Alzheimer’s Center and Research Institute and on a water research project in the Department of Biology. Stewart was also able to study abroad, spending time conducting ecotoxicology research at Macquarie University in Australia. Through the years, he became involved in with the USF National Scholarship Club, the Center for Leadership and Civic Engagement as well as the Dean’s Student Leadership Society; all while becoming a Gilman Scholar. After graduation, Stewart plans to pursue a PhD and one day work for the United Nations as an environmental geologist to protect and restore water resources around the world. 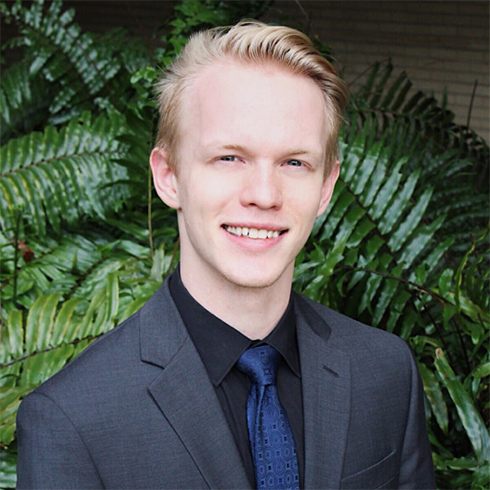 Since coming to USF, Timothy Ernest has never shied away from an opportunity to get involved and make a difference in the community. The double major honors student has been an active teaching assistant, student researcher and community volunteer. With aspirations of becoming a physician, Ernest became a certified nursing assistant, allowing him to start helping patients and shadow doctors while still working toward undergraduate degrees. He’s conducted quality improvement research at Shriners Hospital for Children and worked as a research assistant in USF’s Natural Products Discovery Lab. Ernest has served as a GloBull Ambassador and as the campus president for Relay for Life. He’s done all of this while continuing to volunteer with Big Brothers Big Sisters of America, the American Cancer Society’s Hope Lodge, the Humane Society and Moffitt Cancer Center. He says these experiences have helped him see what effective, compassionate medicine looks like. 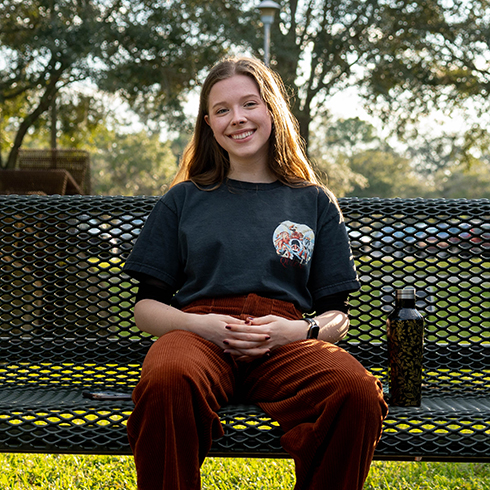 The arts have always been a big part of Anna Marie Fennell’s life. So, when the Lakeland native decided to study psychology at USF, she knew she had to find a way to connect her passion for art with her study of the science of the mind. At USF, Fennell found a community of researchers and artists that helped her flourish across disciplines. She was able to get involved with research in USF’s Eye Movements and Cognitions lab and studied the impact of music on cognition as part of her honors thesis. At the same time, Fennell continued to participate in performing and visual arts programs. In the future, she plans to work as a mental health counselor, using expressive arts therapy to help those in need.