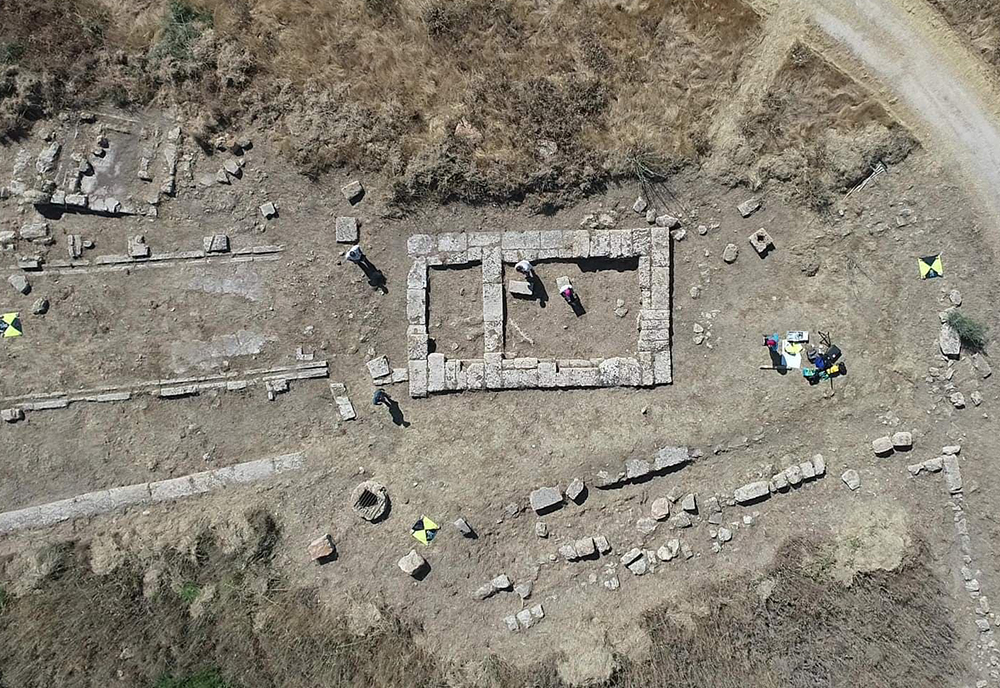 Drone photo of the IDEx team at work in the area of the Sanctuary of Asklepios, the Greek god of medicine.

Thanks to the interdisciplinary work of a team of USF scientists, the ancient Greek city of Heloros, in Sicily, is now being studied with the most advanced digital technologies. The team identified additional structural details of the city, which dates to the eighth century B.C., and is now able to reveal a fuller picture of its layout. Visualizations recorded during the study will soon be shared with the public via virtual immersive reality. The project is a multi-year collaboration between USF’s Institute for Digital Exploration (IDEx) and the Archaeological and Environmental Park of Syracuse, Eloro, Villa del Tellaro and Akrai. 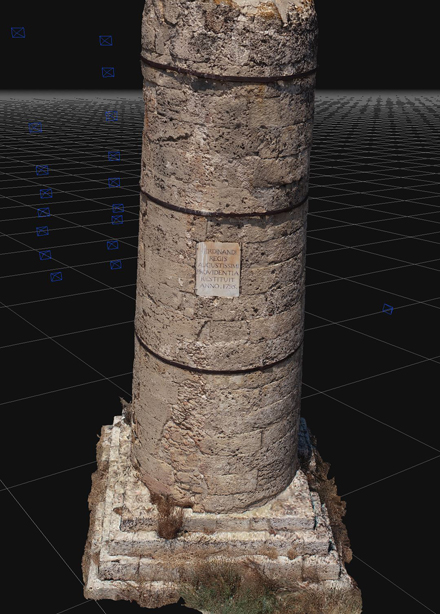 3D model of the colossal funerary monument known as Colonna Pizzuta, in the Greek cemetery of Heloros.

The fieldwork began last year and was designed by Davide Tanasi, professor of digital humanities in the College of Arts and Sciences and director of IDEx. Tanasi is an internationally recognized archaeologist, known for discovering the chemical signatures of the oldest wine and olive oil in European and Mediterranean history and the genomic study on trench fever in Roman times.

This summer, Tanasi led a group of five USF graduate students from the history department and a team of archaeologists, computer scientists and geophysicists to conduct a preliminary integrated analysis. So far, they have identified previously unknown portions of Heloros’ urban layout, which now shows new houses, roads and public buildings.

The IDEx team worked simultaneously across time zones with members responsible for the 3D digitization of the site, sharing field data with their team working at the IDEx lab in Tampa.

“The home team preprocessed the raw 3D data and sent them back to us with comments and directions to continue. It's a sort of ‘hybrid fieldwork’, where we live-streamed from the site and held many Teams meetings,” Tanasi said.

The field team used cutting-edge 3D digitization techniques and spatial analysis methods combined with geophysical prospections to map out those sections of the site uncovered a long time ago and which were never fully studied. The rest of the city still lies underground. 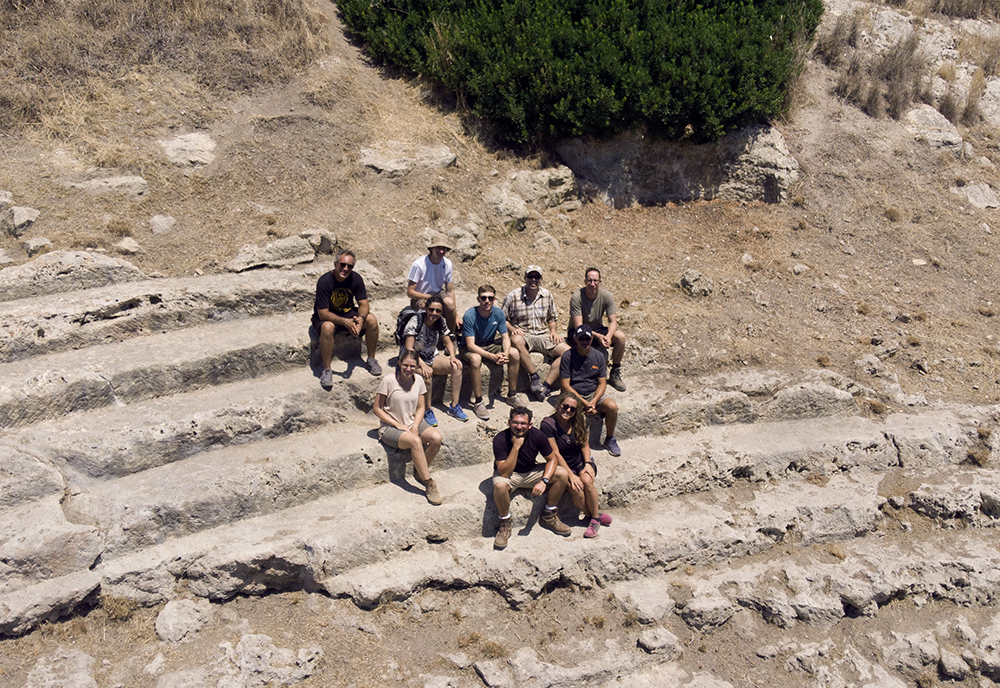 The USF team sitting in the Greek theater of Heloros at the end of the 2022 fieldwork.

“The high-resolution 3D models generated will be used to monitor the conditions of the site over time,” Tanasi said. “We'll also be able to test research hypotheses in a virtual environment and promote this important archaeological site to the general public online.”

In addition, the meticulous collection and output of high-resolution data conducted by the IDEx team will aid future archaeological excavations. They will spend the fall processing all the data collected from the laser scanning and ground penetrating radar and release 3D models and the GIS visualizations online upon completion. The virtual reconstructions will also combine data acquired through traditional topographic methods to expand previous archaeological maps of the sites.

The ancient Greek city of Heloros is estimated to encompass an area of 20 acres and so far, about 5% of it has been uncovered. USF scientists plan to complete the digital scanning and subsurface mapping of the entire city next year and begin traditional archaeological excavations in 2024. Their findings will potentially rewrite the history of Greek Sicily. 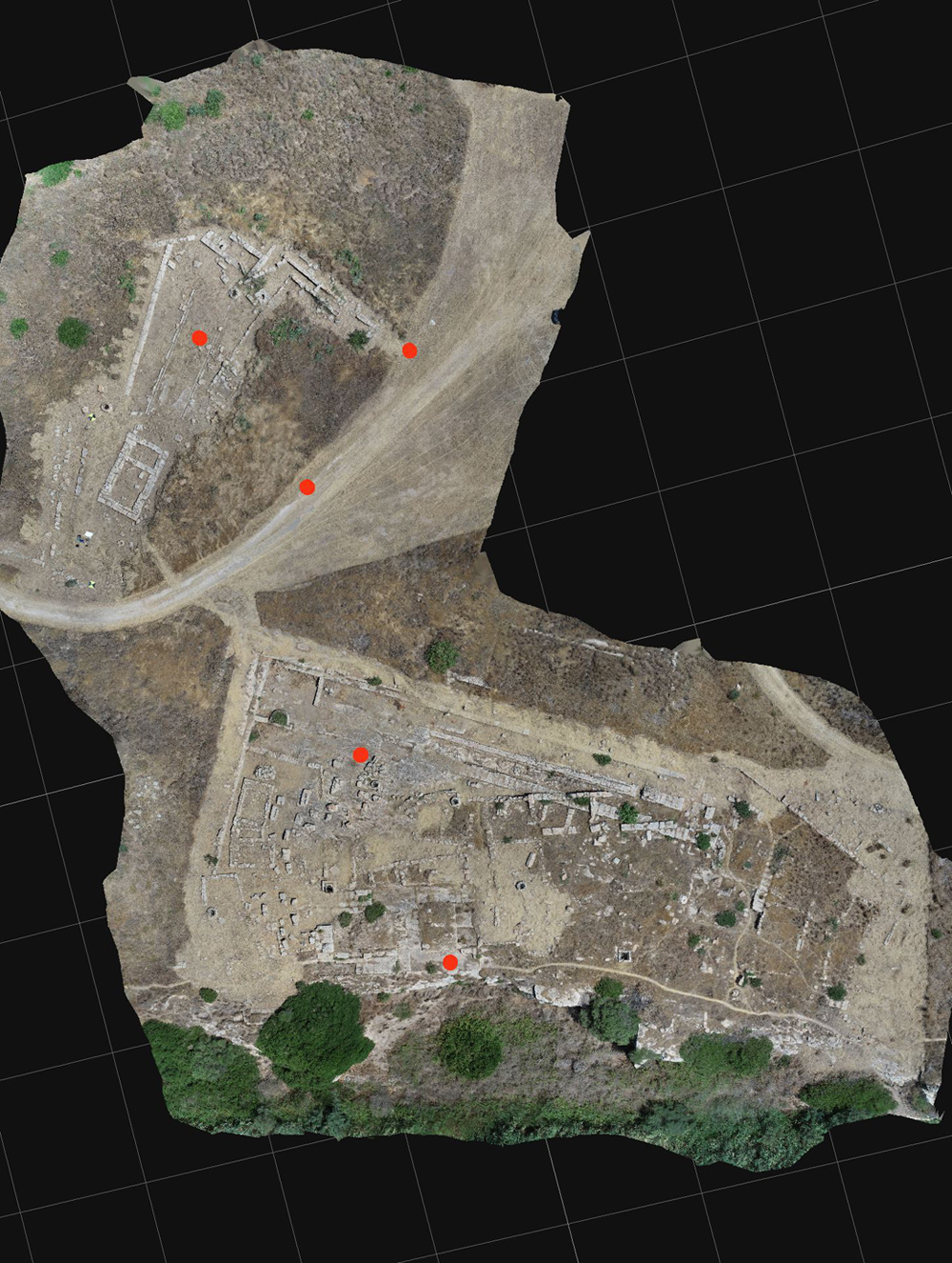 Drone photogrammetry of the sacred area of Heloros, with the sanctuary of Asklepios and the Sanctuary of Demeter, Greek goddess of fertility.

College of Arts and Sciences, Department of History, Institute for Digital Exploration