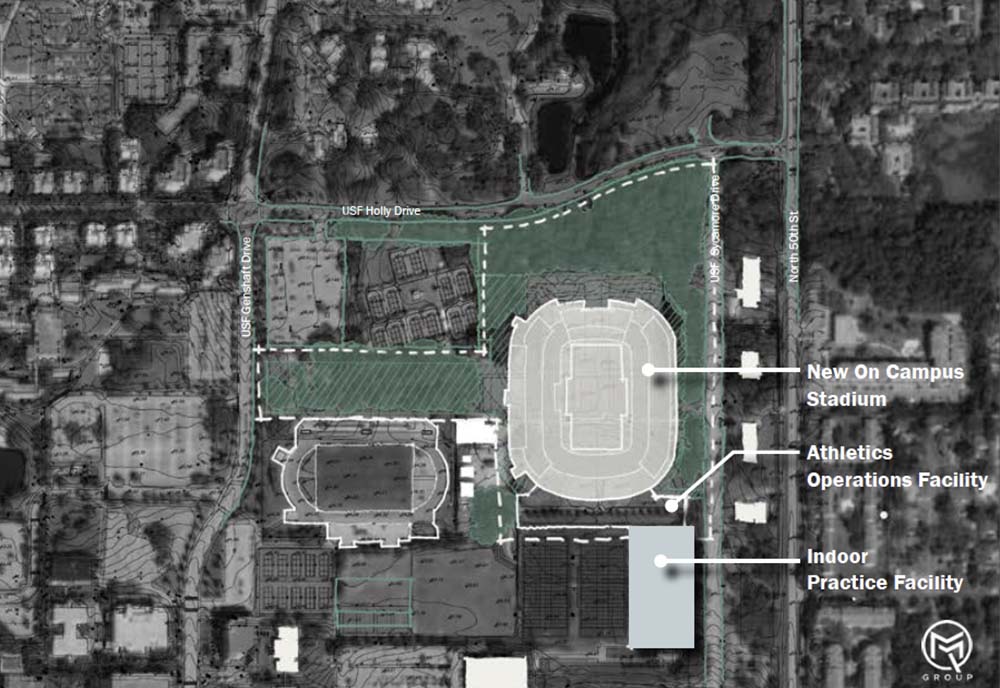 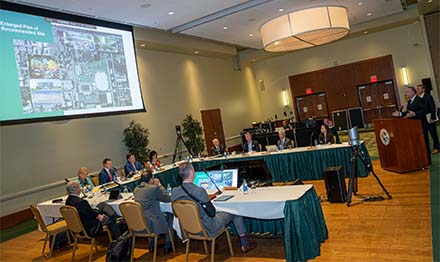 During an update to the USF Board of Trustees (BOT), the co-chairs of the committee charged with developing the stadium plans walked through each of the five possible locations being explored, and then shared that the committee narrowed the list to one -- the Sycamore Fields site on the east side of the Tampa campus -- for further study.

The location, which is currently used for intramural sports, is within the USF Athletics district and sits near its operations facility and new Indoor Performance Facility.  Positioned close to student housing and parking, with multiple options for tailgating space, the site provides an opportunity to enhance the campus experience to create a deeper sense of community and connection to the university.

“The impact of the University of South Florida’s on-campus stadium will be transformational in ways that extend well beyond football,” USF President Rhea Law said.  “Choosing a location with strong connectivity to other important areas on campus supports our vision for a project that helps drive the overall university experience.  Our recommended site will give students, faculty, staff, alumni and the surrounding communities a place to come together, develop stronger relationships and build memories across generations.”

The committee will return to the BOT at a future date for approval of the site after additional analysis, such as further assessment of the land, review of the campus master plan and more study of traffic flow.

“Sycamore Fields is not only the stadium location that presents the most advantages, but it is without doubt the most historically fitting,” Vice President of Athletics Michael Kelly said. “Our football program was literally born on those fields a quarter century ago, and they served as our primary practice and development area for over a decade as USF football rose to national prominence at an unprecedented pace. To have the stadium reside in an area that possesses that history and is also within our current Athletics footprint, adjacent to many other athletic facilities and parking, is a tremendous opportunity to build on our tradition in a very smart way.” 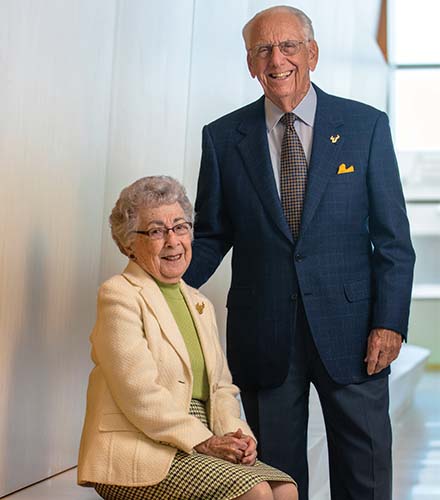 During the BOT meeting, USF Foundation CEO Jay Stroman also announced a $5 million gift for the on-campus stadium from longtime university supporters Frank and Carol Morsani. They were key figures behind the formation of USF football in the 1990s and the Bulls football team trains at the Frank Morsani Football Practice Complex that opened in 2011.

“We have loved watching Bulls football for the last 25 years and are thrilled to make the first gift in support of the stadium,” Carol and Frank Morsani said. “An on-campus stadium elevates not only our athletic programs, but our entire university. We look forward to others joining us in making a financial commitment that will help make this project a reality.”

The Morsanis’ first gift to USF came in 1978, and their philanthropy has helped to elevate programs across the university, including USF Health’s College of Medicine that bears their name.

“We are truly thankful to Carol and Frank for again helping the university advance an ambitious goal – a football stadium right here on our campus home,” Stroman said. “Just as their past support helped the USF Health Morsani College of Medicine to thrive in the 21st century, this gift will inspire and benefit our entire USF community.”

Kelly and Stroman, who serve as the committee co-chairs, also updated trustees on the stadium project schedule, which includes options for completion in 2026 or 2027.