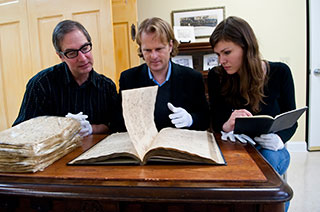 The original teaching center at USF, the Center for Teaching Excellence, was founded by Jim Eison in the early 1990s.

It became the Center for 21st Century Teaching Excellence in the mid-2000s, and included support for online teaching via its sub-units Media Innovation Team and eTG. After Jim Eison returned to faculty, Diane Williams became the director and then executive director of C21TE.

In 2011, C21TE was split into two units: MIT and eTG went to Innovative Education, while the Academy for Teaching and Learning Excellence was established as part of Student Success.

After Diane's retirement in 2012, Kevin Yee became director of ATLE.