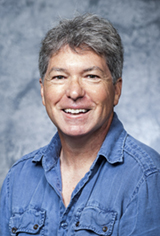 Everything I know about teaching I've learned from my students.

While I have studied many of the great philosophers and still pick up a book occasionally, I have never, in all truth, thought about my 'philosophy' of teaching. I'd always considered what I did in the classroom to be something of a rag-tag agglomeration of principles and practices distilled through time and trial and error. I began teaching at USF only a day after signing my Letter of Agreement as a quick replacement for an instructor who had suddenly resigned, and the first day of classes found me standing in front of four classrooms full of (mostly) eager students, with no syllabi, no textbooks ordered, and charged with turning what had previously been taught as one Design course into three distinct courses. I was jumping on a moving train and my task on that first day, as I saw it, was to simply start teaching.

But on reflection, I found I have hewed to a philosophy of teaching, one that I unwittingly expressed in my journal while teaching for USF Education Abroad in Florence, Italy in the summer of 2014. It was written after visiting a beautiful old basilica high on a hill above the city:

This morning, a Sunday, I took a walk from my apartment on Via Guicciardini in Florence, in the shadow of the Palazzo Pitti on the Oltrarno side of the Ponte Vecchio, along the river and through a gate in the old city wall up the steep slope to the Basilica di San Miniato al Monte. The sun bloomed over the Tuscan hills, far more polite than its familiar Florida cousin, with a whispered permesso as it passed through the olive trees and a mild mi scusi as it cast my shadow on the ancient stone walls.

I'd visited San Miniato a few weeks before when I first arrived in Florence to teach Italian design to American students. There's much to be said about the connection between the church and the classroom, the sacred space and the profane pulpit. I'd entered the teaching profession three years before after a lifetime in advertising. It wasn't conscious. It wasn't destined. It was just a simple confluence of circumstances that led me to teach. Whatever motivations I may have had, however I saw myself as a teacher, soon evaporated in the upturned gaze of a classroom full of students, nesting birds, minds wide open, waiting to be fed.

Whatever drives someone to teach soon disappears in the crucible of the classroom. The students don't want to fail. The teacher wants only to not fail the students. To not disappoint. To teach them what they need to know to survive. I don't know if they'll ever know how much you care about them – about your concern for their futures. Probably best if they never do.

I loved teaching. But more than that, I loved my students. Every one of them. They didn't have to worry about failing my class. I did.

While the metaphor of the nesting birds is strained, the passion is real. The desire to succeed so the students can succeed, genuine. The measure of my success is based on that of the students. But succeed at what? Life? Career? Learning? What do I want them to take from my classroom?

My favorite professor when I was an undergraduate was Allan Bloom, who taught political philosophy. He later wrote a book titled The Closing of the American Mind in which he discusses the universities' loss of purpose, students' lack of learning, and how "reason" has been supplanted by "creativity." Somewhat alarming when one teaches creative design courses, as I do. Still, I aspire to reach, engage and inspire students the way he did.

It is my belief that every class should involve a search for the truth. That search should inform every discussion, every lesson, and every assignment. The life of the mind must be nurtured in every classroom; it's not tangential to the study of design and visualization and mass communications. And, while what I teach is an applied art, that is, art in the service of commerce, at some level the act of designing has to be its own reward, a part of each student's journey to "know thyself."

For me, teaching no more means telling a student how to do something than it does telling somebody how to live. It means showing them how; perhaps setting or demonstrating a good example, and then letting them do it for themselves. When we talk about teaching, we're really talking about learning. In my old advertising days I'd tell my clients that what they want to say is not nearly as important as what the people they are talking to need to hear. Good teaching, like all effective communication, is not a speech. It's a conversation.

And that's the thing. Although my formal teaching career began only a few short years ago, I've been teaching for more than twenty-five years. The role of an advertising creative director is in many ways that of a teacher and mentor to the young creative teams; giving them permission to reach high and to occasionally fail, because the right solution is very often at the end of a long line of wrong ones.

Finally, the day I began teaching at USF was also the day my daughter started college in another town. As every parent knows, it's difficult leaving your child at school to fend for herself, to make new friends and find her own way among thousands of other students. I have tried, in every way, to treat my students with the respect and concern that I hoped my daughter's teachers would show towards her.