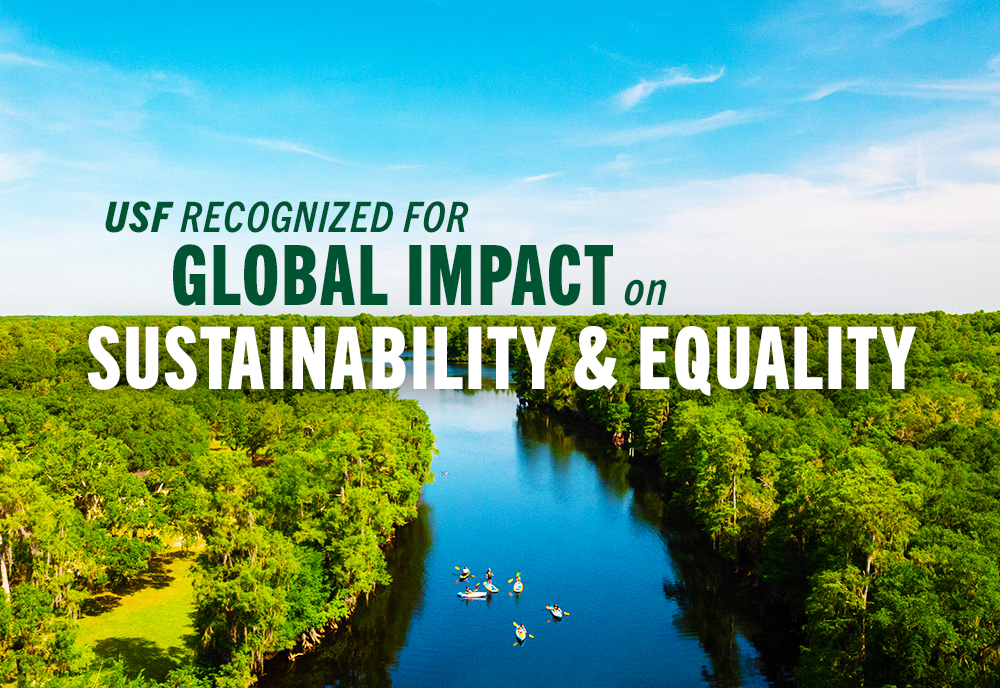 The honor is based on initiatives to support sustainability, eliminate poverty, reduce inequalities and other important goals.

The University of South Florida has been named one of the world’s most tenacious institutions in addressing society’s greatest challenges. Times Higher Education (THE) has ranked USF No. 3 in the U.S. and No. 30 in the world in its 2021 Impact Rankings. This ranking is based on the university’s efforts toward meeting the United Nations’ Sustainable Development Goals, which were established to forge global partnerships between various sectors, pooling resources and sharing expertise, while collectively working toward a more sustainable, peaceful and prosperous future.

“The University of South Florida’s mission as a global urban research university reflects our deep commitment to addressing the greatest challenges facing communities here in the Tampa Bay region and around the world through impactful research and a dedication to student access for success,” said USF President Steven Currall. “We’re proud to join the world’s top universities in the development and application of innovative and interdisciplinary research focused on sustainable development. Together we can help ensure a better and more sustainable future in our own communities andaround the world.”

As a metropolitan research university, USF’s mission is grounded in student success and providing students with the opportunities and holistic support to excel in their academic careers and accomplish goals and dreams that they never thought could be possible. 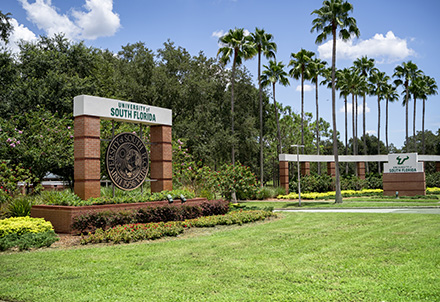 Times Higher Education has recognized USF’s spirited approach and ranked the university No. 1 in the U.S. and No. 2 in the world for its efforts to eliminate poverty. USF has one of the lowest tuition rates in the country, and approximately 40 percent of students are eligible for federal financial aid through Pell Grants. One in four students is the first in their families to attend college. USF has earned widespread national recognition for its success graduating students, regardless of ethnicity or income status, at equal rates. It has also greatly expanded the Guaranteed Admissions Pathway Program (GAPP), which guarantees admission to local high school students from underrepresented groups and economically disadvantaged backgrounds, building on USF’s longstanding commitment to student success. 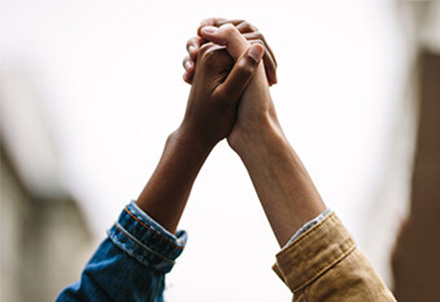 USF is committed to dismantling systemic racism and actively promoting racial equity across its campuses and throughout the world. It is currently involved in a year-long research initiative to better understand and address racism in local, national and international communities. The $500,000 fund provides financial support to 23 projects, such as the African American Burial Grounds & Remembering Project, in which researchers are working to identify and preserve lost and forgotten cemeteries in Tampa Bay.

The USF community is involved in a number of efforts to address inequalities within the region, such as a collaboration with the city of St. Petersburg to identify systemic racism, and the creation of the Center for Justice Research & Policy, which unites scholars and practitioners, area law enforcement agencies and local advocates to provide collaborative community-engaged research and actionable, evidence-based solutions to address some of the justice system’s greatest challenges. 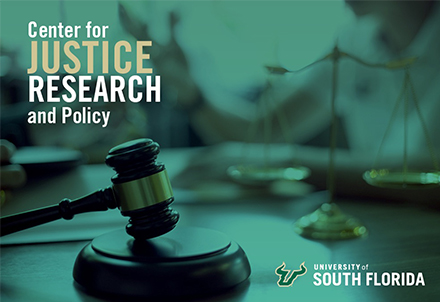 As a member of the Florida Consortium of Metropolitan Universities, USF has joined forces with the University of Central Florida and Florida International University for the Year of Reflection. It’s a collaborative initiative that encourages dialogue and meaningful action around social justice, diversity equity and inclusion. The partnership works to develop and strengthen Florida’s talent pipeline by sharing ideas and scaling solutions that accelerate student achievement and expand access to economic opportunity.

In conjunction with the Tampa Bay Lightning and Jabil, the Muma College of Business established a business certificate program that focuses on diversity, equity and inclusion in the workplace. More than 130,000 individuals from across the globe have registered.

The USF Department of Women's and Gender Studies also promotes social justice by engaging students in the discovery and production of knowledge that emerges from feminist perspectives on culture and society. It is an institutional member of the National Women’s Studies Association and one of the three master's degree-granting WGS programs in the State of Florida. 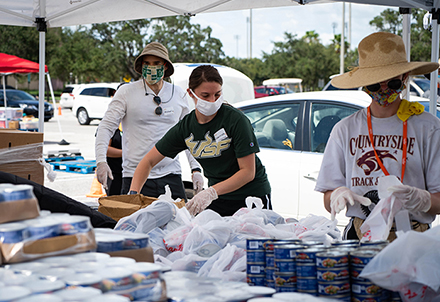 Members of the USF community volunteer during the Feeding Tampa Bay Mega-Pantry hosted on the Tampa campus.

USF has established several initiatives to address food insecurity, such as the creation of the Center for the Advancement of Food Security and Healthy Communities. Through research, education and community efforts, the center works with Feeding Tampa Bay and other partners to develop programs that facilitate social equality and a healthier Florida. This includes hosting a Mega-Pantry food drive on campus, which provided meals to more than 1,000 individuals in one day. USF has also responded to increased demand from its student population by enhancing the availability of food items at the Feed-A-Bull Pantry on the Tampa campus and the Support-A-Bull Market on the St. Petersburg campus, which expanded to the Sarasota-Manatee campus in March 2020. 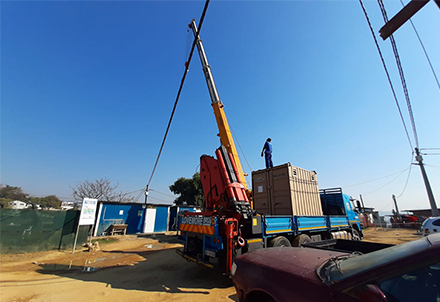 USF signed a licensing agreement with companies in India and South Africa to manufacture the NEWGenerator.

Researchers across disciplines have worked diligently to help solve global sanitation concerns. Daniel Yeh, professor of civil and environmental engineering, invented the NEWGenerator, a solar-powered machine that generates nutrients, energy and water by safely recovering them from human wastewater. USF has signed a licensing agreement with companies in South Africa and India to manufacture the portable wastewater treatment system, providing clean water in areas in which it had previously been unavailable. Due to the NEWGenerator team’s significant contribution to global sanitation, the U.S. Patent and Trademark Office named it a winner of the 2020 Patents for Humanity Award. The prestigious award recognizes innovators who use game-changing technology to meet global humanitarian challenges.

The Patel College of Global Sustainability develops research that creates solutions for sustainability development in a rapidly-changing world. Its research is based upon USF's broad, interdisciplinary expertise in the areas of water, public health, energy, global security, and social equity. This interdisciplinary approach provides a fertile foundation for the development of unique solutions to emerging and existing problems. 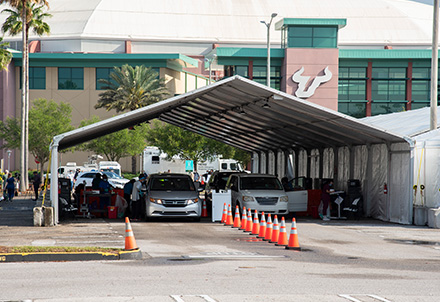 USF's Yuengling Center serves as a vaccination site for veterans and family members.

The university has played a significant role in responding to the COVID-19 pandemic and has strengthened its partnership with key agencies and institutions. It established the joint TGH-USF Health Office of Clinical Research and was recently named as the southeast U.S. regional headquarters for the Global Virus Network (GVN). The GVN is a coalition comprised of the world’s foremost experts in emerging and re-emerging infectious diseases, enhancing efforts to better plan and defend against future epidemics and pandemics.

Researchers have received federal funding from multiple sources, such as the National Institutes of Health, which recently awarded USF $44 million to study the effects of computerized brain training in reducing the risk of dementia and mild cognitive impairment, and $4.9 million to help accelerate the discovery of a vaccine to fight malaria. Additional efforts are underway to study West Nile virus, river blindness and other infectious diseases.

The USF College of Marine Science has proven to be a leader in providing rapid response to some of the most pressing threats to our marine ecosystem. Researchers deployed the first research vessel in early April 2021 to study the environmental impacts of the breach at a retired fertilizer processing plant at Piney Point, which is leaking wastewater into Tampa Bay. They were aboard the R/V Weatherbird II, which was also used in the Deepwater Horizonoil spill response in April 2010. Since that time, marine scientists have successfully collected baseline data on the entire Gulf of Mexico, helping establish the true impact of changes below the surface. 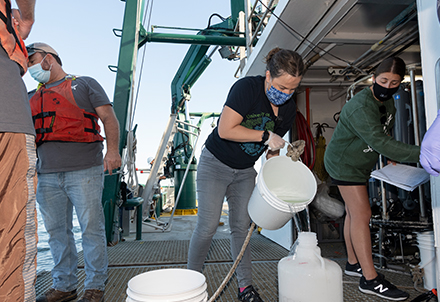 USF marine scientists aboard the R/V Weatherbird II study the environmental impacts of the leak at Piney Point.

Local and federal agencies regularly rely on the expertise of USF's marine scientists to guide in the decision-making process regarding significant issues affecting Florida’s coastline, such as red tide and other harmful algae blooms, which have a ripple effect on human health, the fishing industry and tourism. The National Oceanic and Atmospheric Administration has recognized the talents at USF and announced a five-year, $9 million cooperative agreement to launch the Center for Mapping and Innovative Technologies on the USF St. Petersburg campus. 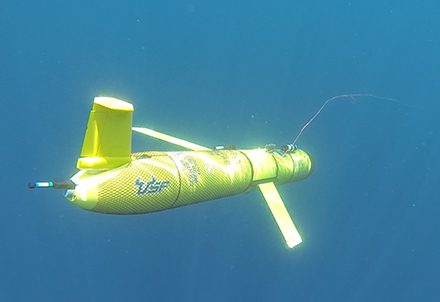 An autonomous underwater glider was deployed to detect the presense of red tide.

USF continues to be a global leader in producing U.S. utility patents, most recently ranked in the top 10 of American public research universities by the National Academy of Inventors and the Intellectual Property Owners Association. Many of these patents have resulted in the production of new technologies and their creation of thousands of jobs. Molekule, an air purification system that was invented at USF, has a manufacturing facility in Polk County and has received FDA 510(k) Class II medical device clearance, a significant achievement in the medical engineering field. 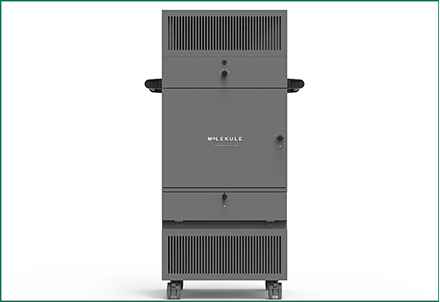 The air purification system, Molekule, was invented at USF.

The USF Institute of Applied Engineering has contracted with U.S. Special Operations Command (SOCOM) to provide expertise in fields such as autonomous systems, human performance, transportation, cybersecurity, data analytics and sensor technologies. The partnership is worth as much as $85 million. Additionally, institute faculty and students engineered satellites that were recently launched into orbit aboard SpaceX’s first rideshare mission, Transporter-1, to help study inter-satellite network communication. 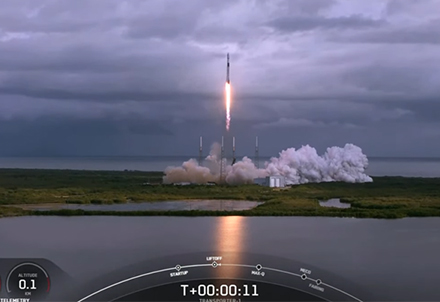 The USF Institute of Applied Engineeering developed satellites that were launched by SpaceX.