A team from the University of South Florida College of Marine Science (USF CMS) embarked on the first research cruise in Tampa Bay on April 7, 2021 to study the environmental impacts of the breach at Piney Point that started in March. Piney Point is a retired fertilizer processing plant in Manatee County, Florida. It was the first of what will be several sampling efforts.

“We were lucky to be able to mobilize this group in short order,” said Tom Frazer, dean of the CMS. “This presents a unique opportunity for these scientists to do what they do best.”

Three field teams – the largest aboard the R/V Weatherbird II, a research vessel operated by the Florida Institute of Oceanography (FIO) -- were supported by scientists processing computer modeling data back at the USF CMS.

“FIO is pleased to cover the cost of ship time and shoreside support during the initial critical phase of this effort so that scientists can be on the scene,” said FIO Director Monty Graham.

The team aboard the R/V Weatherbird II covered 12 stations in a loop around the bay.

The field research team aboard the R/V Weatherbird II that was also used in the Deepwater Horizon oil spill response effort led by USF, was led by chemical oceanographer Kristen Buck.  Her team collected samples for dissolved inorganic carbon, pH, nutrients, metals, radioisotopes, bacteria, and phytoplankton. These samples will be further processed in partnership with other USF labs and partners at Fish and Wildlife Research Institute and Florida State University.

A press conference was held in the morning just before the Weatherbird departed.  Assets from the event, including remarks by Dean Frazer, are here. 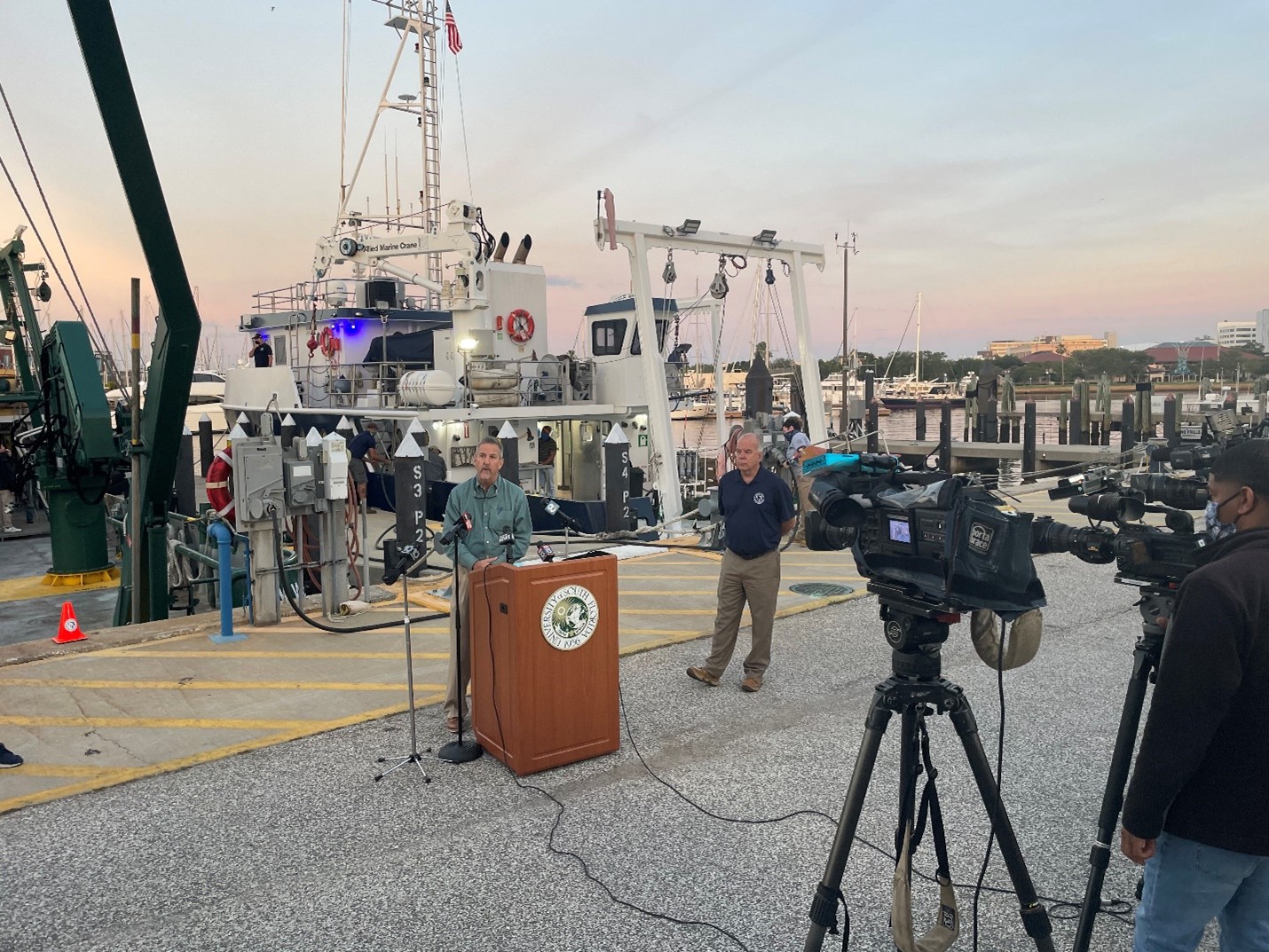 Tom Frazer, dean of the USF College of Marine Science, and Monty Graham, Director of FIO, spoke at a press event held before the R/V Weatherbird departed on the first research sampling effort in response to Piney Point. 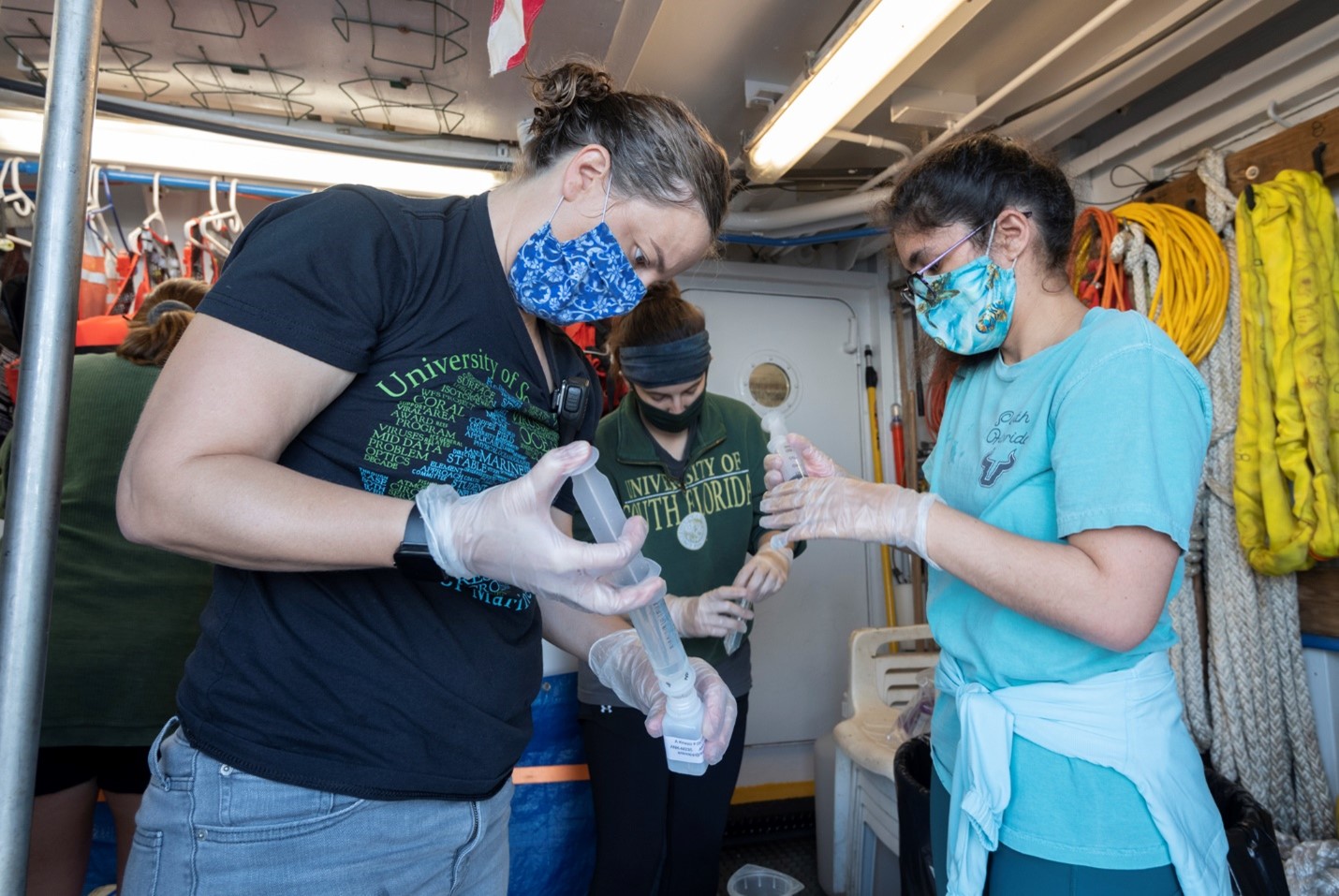 Buck’s team coordinated with a second team aboard a smaller vessel led by biological oceanographer Steve Murawski (who led the Deepwater Horizon research response effort from USF) and Eckerd College scientists Rebekka Larson and Patrick Schwing. They collected fish, water, and surface sediment samples from five stations around Port Manatee.  The samples will complement those taken simultaneously from the R/V Weatherbird II. The fish samples will be compared with fish sampled from the same location in the summer of 2020. 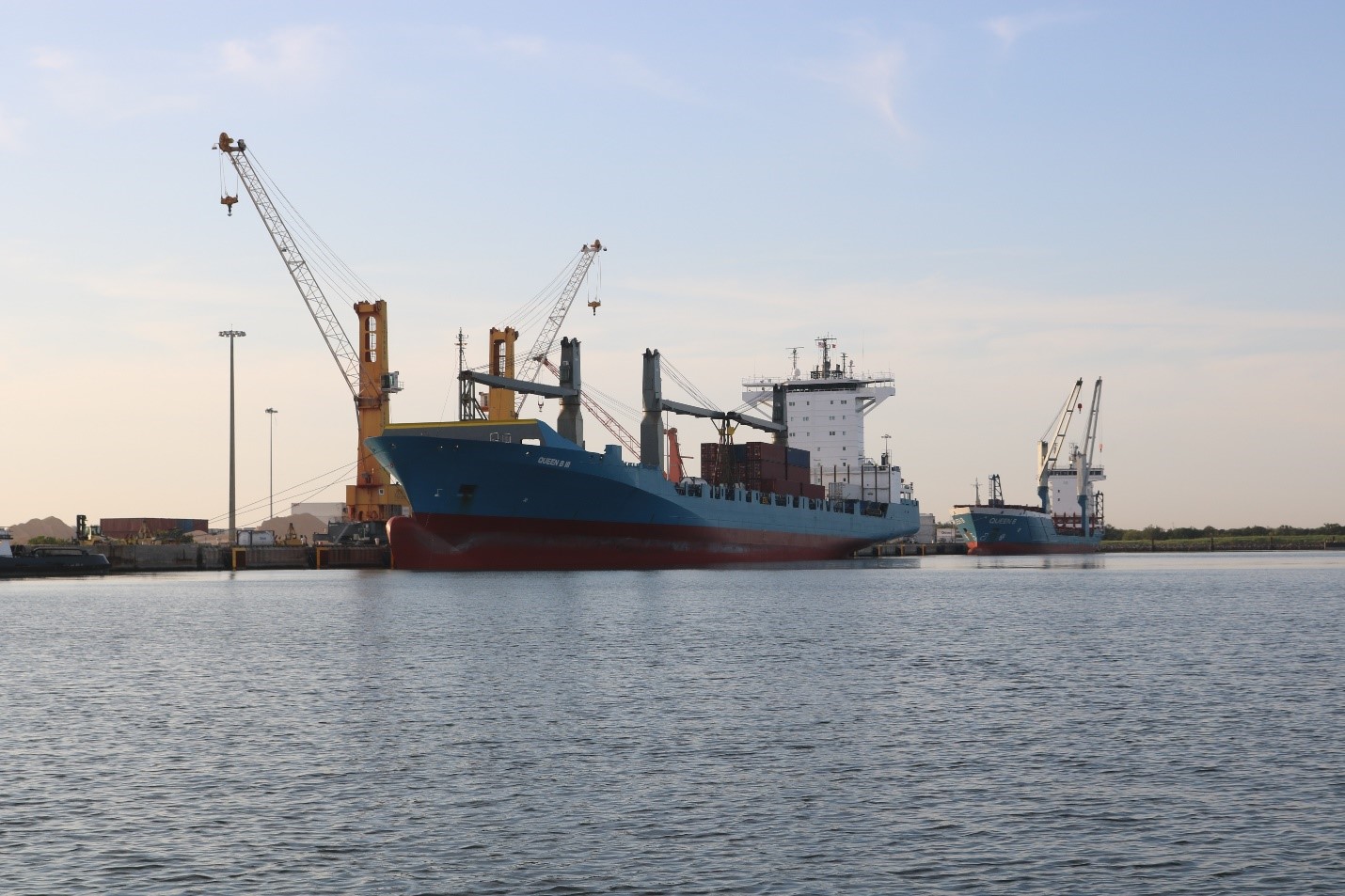 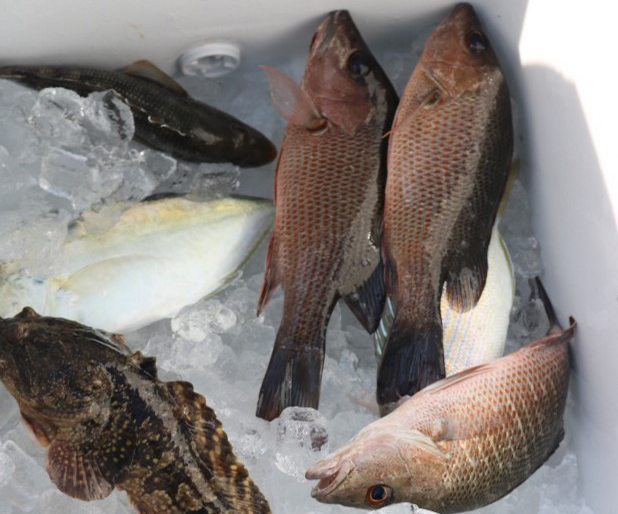 Fishes sampled off Port Manatee on April 7. These will be processed back in the lab to help understand the impact of the discharge on fish health.

A third field team involving physical oceanographer Mark Luther, researcher Jay Law, and others deployed three sensors on the floor of the bay. These record data every 15 minutes and will allow the team to assess how things such as pH, dissolved oxygen, salinity, temperature and chlorophyll are changing over the coming weeks. The sensors were from the lab of partner Jim Ivey, an environment scientist on the USF St. Petersburg campus.

In addition to the field teams, a USF team led by physical oceanographer Bob Weisberg and his Ocean Circulation Group is using computer models to understand where the released water will go based on winds, tides, and currents. These model results are guiding the field sampling efforts. Researchers Yonggang Liu, Yunfang Sun and Jing Chen have been particularly tireless at their computers to ensure effective modeling. Additional teams of scientists led by Chuanmin Hu and Frank Muller-Karger are evaluating the potential use of satellite imagery to monitor the dispersal of discharge water.

Many results will take weeks to months to process.  The results will be used to inform response plans and any necessary mitigation efforts by management officials. While the discharge water released currently meets water quality standards for marine waters with the exception of pH, total phosphorus, total nitrogen, and ammonia nitrogen, questions remain as to how nutrient-laden discharge water will impact marine life.

The key questions facing the team in the near term are:

“We’ve assembled an excellent team of scientists here, and we will keep you posted as we work with our local and state partners to inform the response effort,” said Frazer.