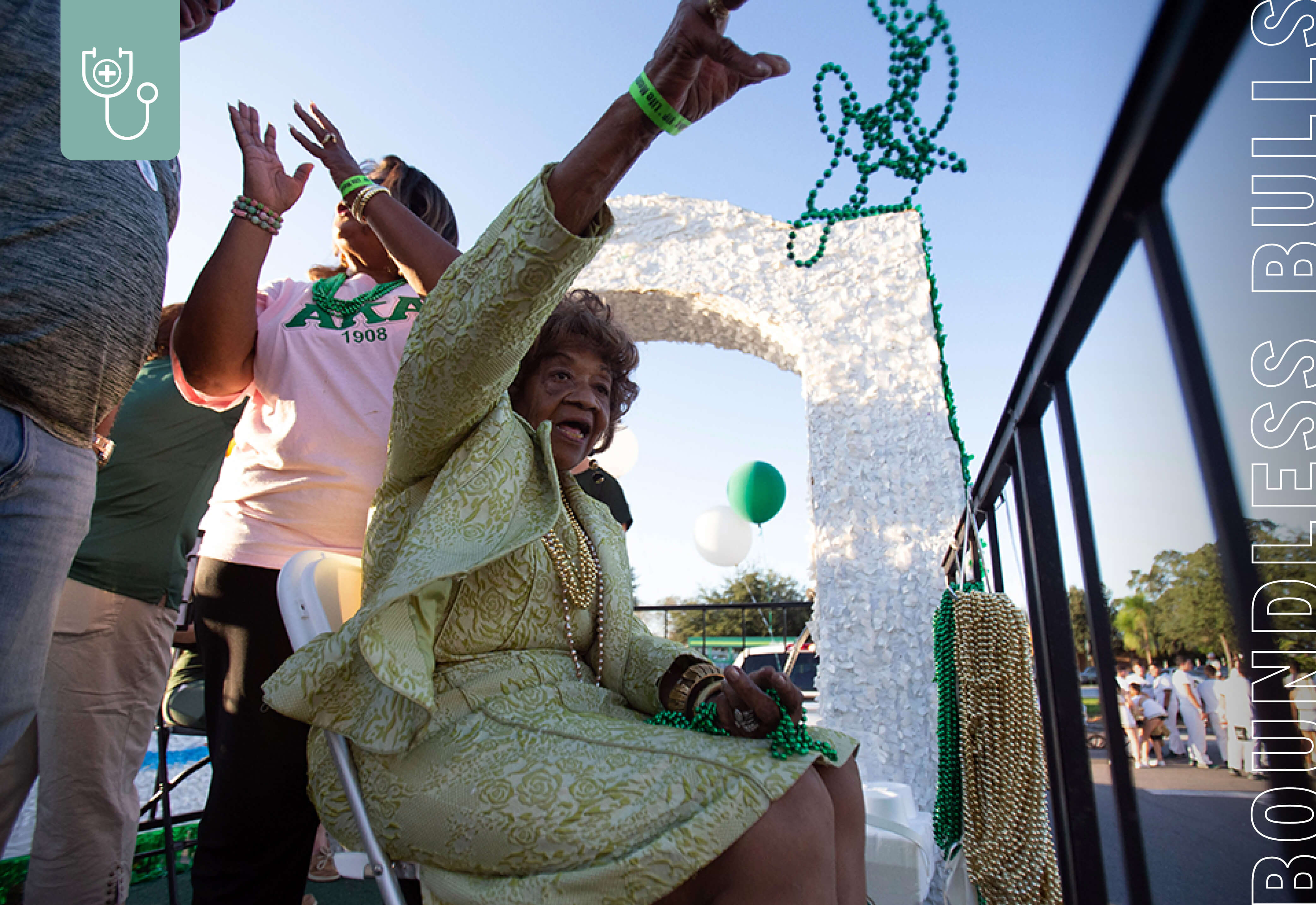 Geraldine McKinnon Twine didn’t set out to be a trailblazer.

She and her husband, John, just wanted to earn a good living, she says, so their three children could be safe and successful in school and life.

So, although she’s honored, Twine, 82, a retired advanced registered nurse practitioner, says she’s also a little embarrassed by the attention she’s getting now for breaking down barriers at a time when much of the South was still segregated. In February, Twine received the League of Women Voters of Hillsborough County’s Lifetime Achievement Award for her efforts to provide proper health care to the disadvantaged and to foster opportunities for minorities. In 2017, she was inducted into Hillsborough County’s Women’s Hall of Fame.

“I wasn’t thinking about it,” she says of the years she spent working as a nurse, taking care of her kids, and going to college in the 1960s and ‘70s. (She holds three degrees from USF.) “I still don’t think about it. I thought everybody was doing the same thing to feed their children.” 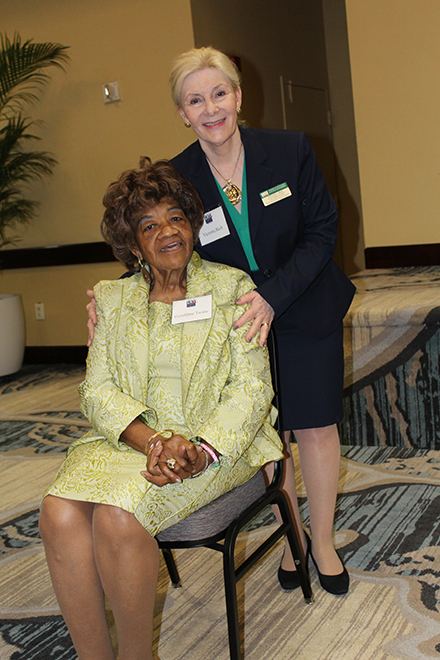 Growing up in tiny Milton, a city in Florida’s western Panhandle, Twine knew early on that she was meant to take care of others. Her mom was a beautician, her dad a mechanic, but nursing was her calling, starting with tending to the babies born to poor and rural mothers in her community. In school, she joined the Red Cross club, the homemaking club, the health club and Girl Scouts.

She married young (“Which may not have been the best thing to do,” she says with a smile), and soon had three children of her own: Barbara, Dirk and baby Debra. Even so, she managed to take a licensed practical nursing course in Tallahassee to improve her skills. She was six weeks from graduating when John, a teacher, got a job in Tampa, and the family moved south.

Nursing classes were segregated in Tampa, as were the hospitals, and the closest LPN course was for whites only, Twine says. So she and three other women carpooled to Gibbs Junior College in St. Petersburg, which served African-American students.

Meanwhile, she and John had enrolled Barbara and Dirk, and later Debra, in St. Peter Claver Catholic School. “We’re Christian, but not Catholic,” Twine says. “But we heard the nuns were strict. Gentle and kind, but strong.”

It cost more than they could afford, though, so John would often finish his teaching day, bring the kids home to her and head off to a second job as a waiter. Twine was determined to improve the situation by moving up in her profession.

In 1967, Twine became the first black nurse to transfer from Clara Frye to Tampa General Hospital when it officially integrated. Of course she was tested, she says, mostly by patients who were “astonished” by some of things she could do.

“They didn’t know that when you’re trained and educated, you could do anything a white person could do. I was aiming to please, and it worked.”

She also noticed that when she walked into the hospital cafeteria and sat down for lunch, some black workers – housekeepers and others – would follow. Before she came, they told her, they ate in the boiler room.

People today might not realize the indignities that were “hurting to the soul” for minorities back then, she says. “You just say ‘it is what it is’ to yourself and work to make things better. You support those things that can propel you forward.”

And so she did.

She found time to mentor other ambitious nurses, tutoring them for their board exams. And she continued to pursue her own education. After graduating from a three-year program at Hillsborough Community College and receiving her registered nurse’s license, she learned that new standards were being put in place requiring RNs to hold a bachelor’s degree. So when USF started its nursing program in 1973, she was among the first to enroll. 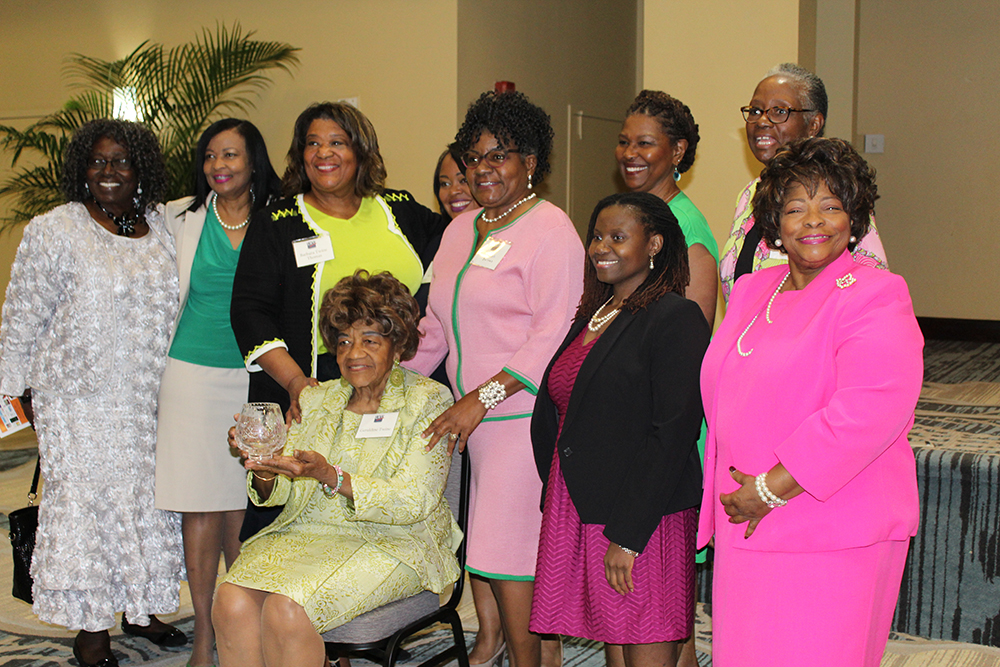 Again, she attended classes part-time while working full-time, and she remembers the support she received from faculty, supervisors and colleagues along the way. They helped with scheduling so she could make her plan work, and they encouraged her to keep going. “I think the Lord helped a lot, too,” she says. Twine received her bachelor’s degree in nursing in 1978 and just kept going, earning her master’s in technology education in 1981 and a master’s in nursing in 1988.

And, yes, her determination and belief in hard work and a good education caught on with the Twine kids. Both Barbara and Debra received their bachelor’s degrees from USF, and Barbara went on to earn her juris doctor degree from the University of Florida. She is now the Honorable Barbara Twine Thomas, a judge in Hillsborough County’s 13th Judicial Circuit.

Dirk Twine earned degrees from the Georgia Institute of Technology and Rollins College. He is the founder of the Imani Wholistic Health Institute in Atlanta. Debra Twine Williams, who passed away in 2007, was an employee of the Hillsborough County Sheriff's Office for more than 20 years.

Service runs in the family, Twine says, but not necessarily nursing. Maybe because her children saw how hard the work was, and the crazy hours. “They probably said there’s a better way to do this,” she says with a laugh.

But they were supportive and proud. So proud, Thomas recently established the Geraldine Twine Endowed Scholarship, providing financial support to a full-time undergraduate student studying within USF Health. Preference will go to nursing majors and members of Alpha Kappa Alpha sorority.

“I still don’t know that I was all that special,” Twine says, shaking her head over the fuss. “I’m just thankful that somebody else was able to benefit from the things I did.”

This article was originally published by the USF Alumni Association. 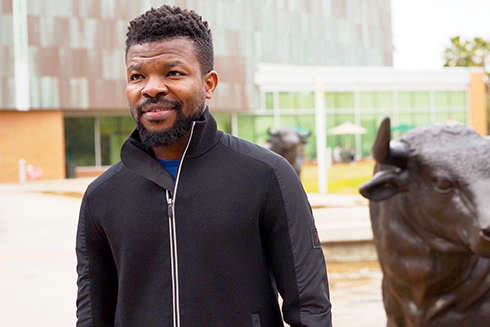 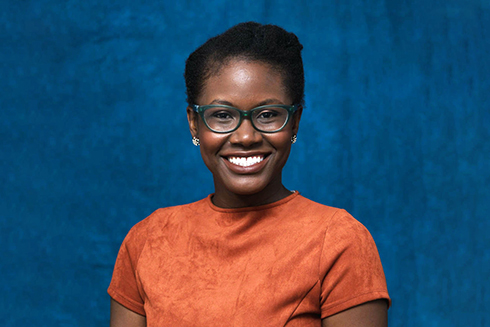 "I’m excited to get folks in the community involved with this research. To me, it’s their project at the end of the day. Some people say we’re giving a voice to the voiceless, but these members of the community already have a voice. We’re just giving them the space to speak." 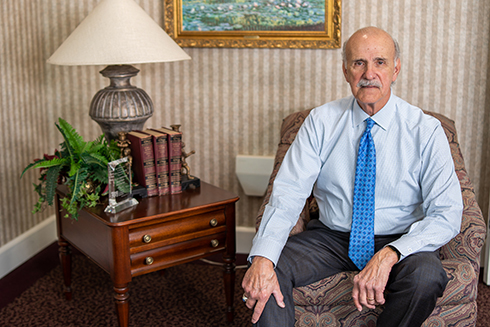 "USF was the defining experience of my life. Most people don’t understand how absolutely critical USF was, especially for us in Ybor City. There were six or seven guys who grew up together in the old neighborhood, all children of immigrants, who became members of the charter class. We were so proud, so gratified to be accepted. It made an enormous difference in our lives." 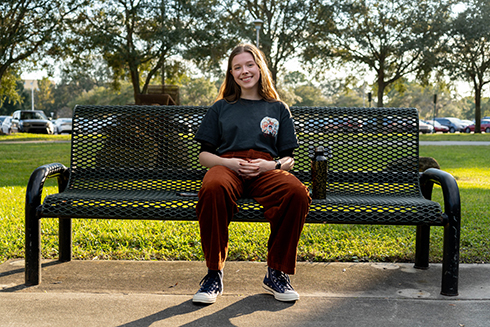 "There's a lot of pressure for people to pick a major and just stick to it. But, I think it's also true that college is definitely a place for you to explore all of the things that you're interested in."