A Preeminent Research University located in the heart of Tampa Bay, the University of South Florida is dedicated to empowering students to maximize their potential for lifelong success.

Rocky the Bull got his start as a toy idea for the USF Bookstore in 1965. The first Rocky was drawn as a cartoon rendition for USF Athletics to use in their newsletters. 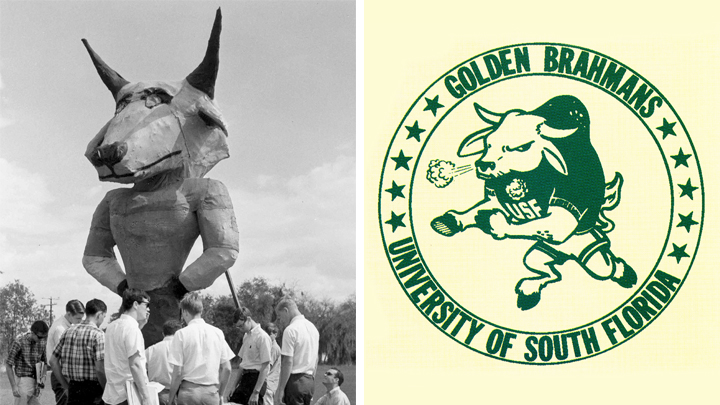 From left, 1970: Rocky at a homecoming activity; 1974 Golden Brahmans artwork. 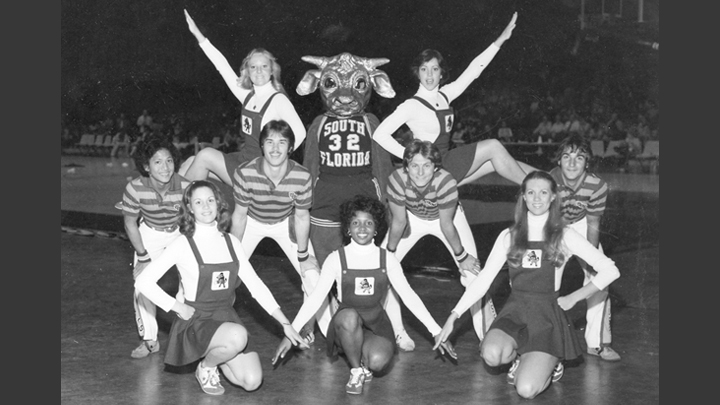 1977: Rocky and the USF Cheerleaders. 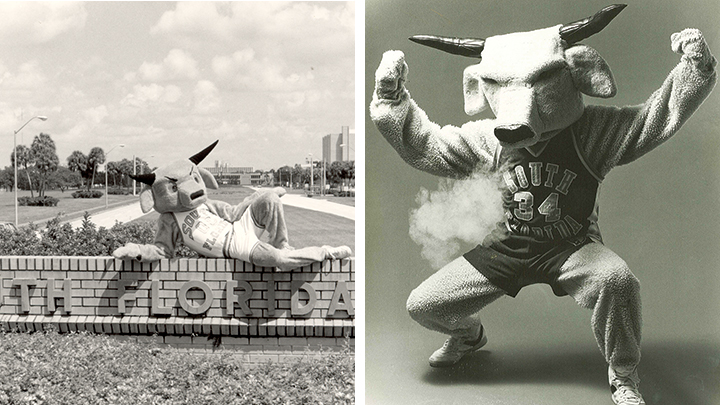 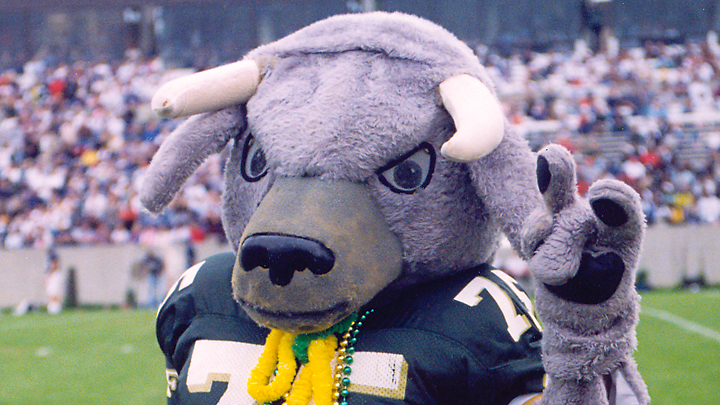 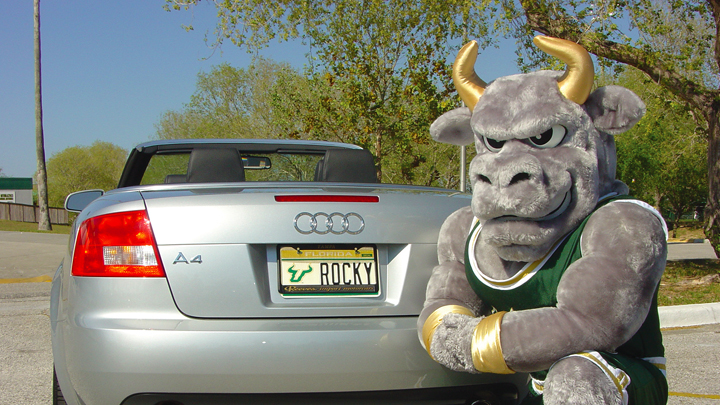 2007: Rocky shows off a new look and his USF spirit license plate. 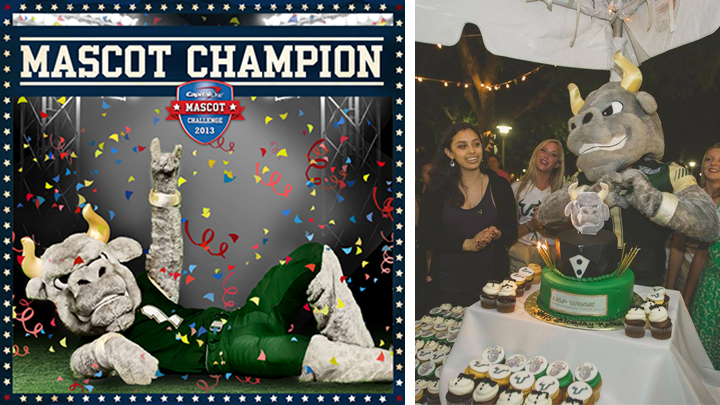 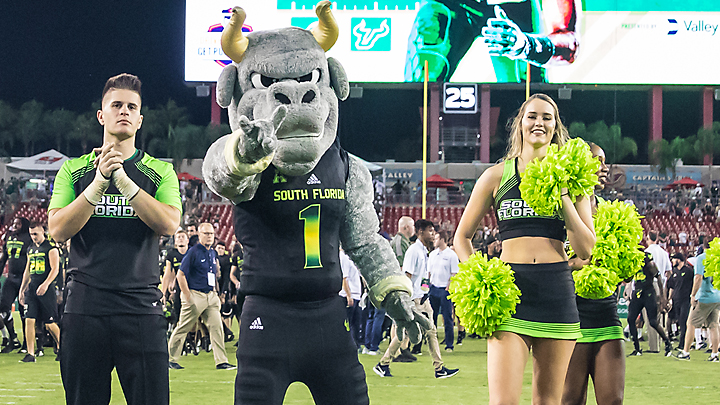