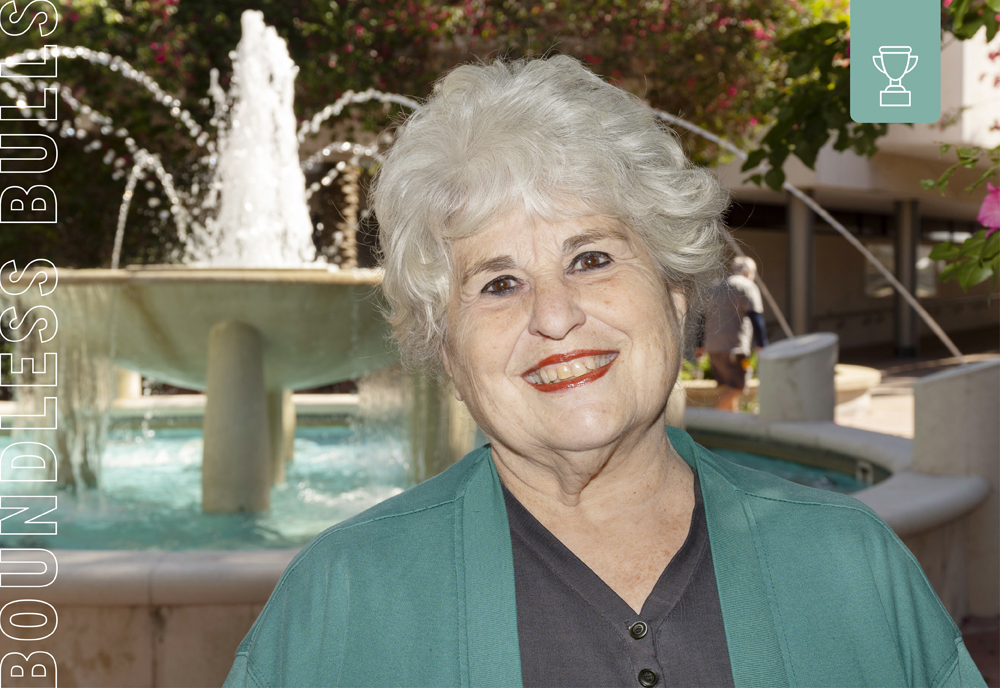 In 1969, Joan “Sudsy” Tschiderer stumbled upon the USF St. Petersburg campus while on a shopping trip with her friend.

At the time, the campus was located at the end of the Bayboro peninsula and was mostly a military base that had trained World War II servicemen. She picked up a brochure and decided she would attend the small commuter campus, which opened in 1965, for a semester and then transfer to another college.

Instead, she stayed and has been a part of almost every major initiative, development and milestone that has taken place at the USF Bay campus – its original name. As a student, Tschiderer helped form student government and initiated the student publication, The Crow’s Nest. As a staff member, she was the first to develop and run student activities, organizations and recreation. She would go on to coordinate special events, from the opening of the Campus Activities Center, now the Student Life Center, to celebrations of campus milestones, and helped develop student programs that supported academics through lecture series, festivals and concerts.

Over the years, she became the unofficial ambassador for the campus as it grew from military barracks to the vibrant community of today.

“I love being around the creative spirit that is found on this campus,” Tschiderer said. “The university experience at its best allows students to be challenged, to challenge themselves and learn for themselves what they are at their core. It is that great testing ground, that place where magic and passion are nurtured.”

Tschiderer earned her bachelor’s degree in English in 1971 and a master’s in English in 1984, and she continues to work part-time helping University Advancement with special projects. We asked her to share her perspective on what the campus community was like during its early days, what has remained the same throughout the years and why the USF St. Petersburg campus has become a second home she never left.

This interview has been edited for length.

What was the campus physically like when you first arrived?

When I came to campus in 1969 and we drove down the peninsula, there was the former U.S. Maritime Service Training Station that was built in 1939-40 in anticipation for World War II. It trained servicemen in shipping operations and as electricians, mechanics and bakers to provide support for military troops. It was a military fortress. USF used it to house virtually everything – offices, the library and bookstore, classrooms and an auditorium. With all these services in the same place, you always bumped into everybody.

The second part of campus at the time were the barracks, which were the wooden housing facilities for the servicemen. USF converted them to even more classrooms and study lounges and it would eventually contain a coffeehouse and game room. We also had a swimming pool. It was a really homey place.

What were the people on campus like back then?

As I recall, it was in the vicinity of 400 students and probably 35 faculty and staff. When the campus started it was designed for upper division juniors, seniors and graduate students. So, we were mostly older students and had a really eclectic mix. What encouraged me to stay and not transfer was the diversity in experiences you encountered. Diverse in terms of age, students ranged from 19 all the way to 80. Diverse also in terms of backgrounds. I remember classes such as American history where you would have Vietnam veterans, conscientious objectors, soldiers and nurses from World War II and the Korean War, and young people who were anti-war. It was an amazing mix to bring to the classroom and helped us open our minds to the issues we were studying.

What are the first things that come to mind when you look back at your history here, both as a student and staff member?

As a student, my plan was to be a journalist. During those days, we started student government and The Crow’s Nest. The first edition was actually handwritten with hand-drawn pictures. But I’m so proud that we started a publication that has lasted more than 50 years and had students who wrote for it go on to become editors at newspapers and even win Pulitzer Prizes. And I’m so proud of the university for supporting this paper that has allowed students to test and hone their skills in journalism.

When I graduated, I was hired on to help develop the student affairs program, being the person responsible for student activities, organizations and recreation. I remember when we wanted to advertise our events, we would do so over a loudspeaker that was piped into the student lounges. I would go on and use my radio voice and make such announcements throughout the day.

I also recall the decades of water volleyball. The pool was a great equalizer. We played water volleyball every day from noon to 2 p.m. The pool was always open and free. Students brought their families, faculty brought their families, so we all got to know each other because it was one big gathering. I remember, too, that the harbor was quite active with ships from all over the world, particularly the British Navy, the Dutch Navy, humanitarian ships and we even had Jacques Cousteau’s ship, Calypso, in port for several months. You would meet people from all over the globe.

A lot has changed over the time you have been here, but what if anything has stayed the same?

Probably the heart. I have rarely encountered a faculty or staff member who does not want students to succeed and have a positive experience. By positive, I mean to be challenged, to think critically, to be curious and to be kind. Every day, it is such a joy to see how our people really, truthfully want success for our students. I really do believe that we care about giving the next generation the best tools they need for running our world.

Most people go to college and then start a career somewhere else, or work at a number of different places. You have remained here. What is it about this campus and community that has become a second home for you in so many ways?

That is a tough one. I have had offers to work in other places and institutions. But I’m a homegirl. I’m a lifelong Floridian. I love to travel, but I like to come home. Every year, I would have a chat with myself and ask what would I do for the next year, try something else or stay here. And at the end of that chat, I would always make a commitment for another year. So, I guess you can say I made a lot of commitments to this place.

For me, the sense of community is really strong on campus and in this city. It has allowed me to form communities of my own, such as the USF St. Pete singers, which began in 1974 and still performs today, and being a part of the first women’s soccer team that formed in St. Petersburg in 1975, the USF St. Pete Sandspurs. I kept returning to USF St. Pete because I loved being around the scholarship and creative spirit that is found on our campus. I am endlessly grateful for the enduring friendships I have made and I still cherish the opportunity to take classes as a senior auditor because there is so much to learn from our professors and from each other. 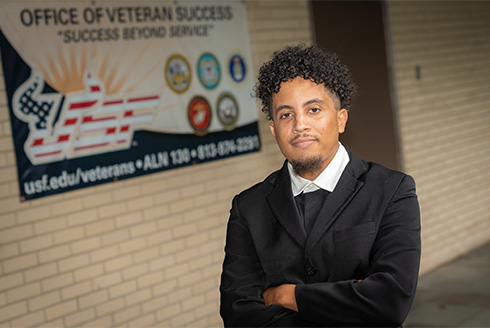 "African Americans are more likely to have Alzheimer’s but not as likely to be involved in data analysis. So, I’m trying to fill this research gap." 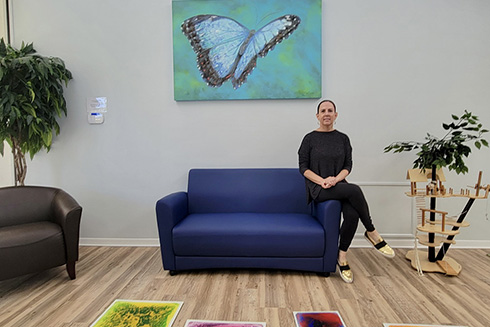 "I don’t think there’s any better way to support the community than through education." 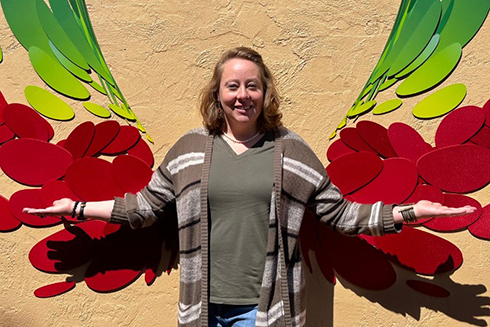 "I think disability advocacy is so important because we all need it at some time in our lives. It's inevitable that we'll have exposure to a person experiencing disabilities as we age." 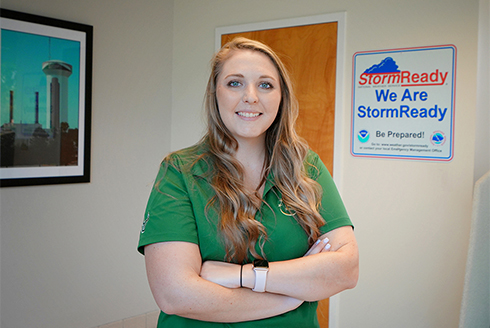 "One of the things I love about working at USF is the spontaneity."