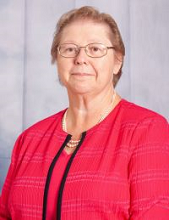 Robin L. Ersing, PhD, MSW is Professor in the School of Public Affairs at the University of South Florida. She began her career in Western New York working in the nonprofit sector, engaging in grassroots community organizing with under-resourced neighborhoods. Her efforts included public safety through anti-crime initiatives and campaigns to promote safe affordable housing. She has worked with HUD and the Section 8 housing voucher program and the federal Head Start pre-school program.

In her career, Dr. Ersing has been the recipient of several highly competitive grants including a federal HUD Community Outreach Partnership Center (COPC) grant that supported community building and asset development in an urban neighborhood. Since her tenure at USF, she has worked with nonprofit community development corporations in Hillsborough, Pinellas, and Pasco counties conducting research and offering workshops on grassroots leadership and grantsmanship.

Dr. Ersing is the co-author of an edited book titled Surviving Disaster: The Role of Social Networks, and conducts research primarily in the area of disasters and social vulnerability. Her work focuses on disaster recovery with marginalized populations including women and the migrant farm worker community. More recently, she has partnered with colleagues from Canada, Australia, Pakistan, India, and Taiwan to examine issues of rebuilding lives post-disaster.

Dr. Ersing has received funding through the Natural Hazards Center and the National Science Foundation to study the influence of social networks on evacuation decision making during Hurricanes Matthew and Irma. She has published extensively on the role of women to promote disaster risk reduction and community resilience. She is the founder of the Global Hazard Resilience through Opportunities for Women (GHROW) initiative. This international effort studies and documents grassroots disaster risk reduction strategies that empower women. In addition to several prominent awards for excellence in teaching and service, she was honored with the Distinguished PhD Alumni award from the State University of New York at Buffalo (SUNY/Buffalo).