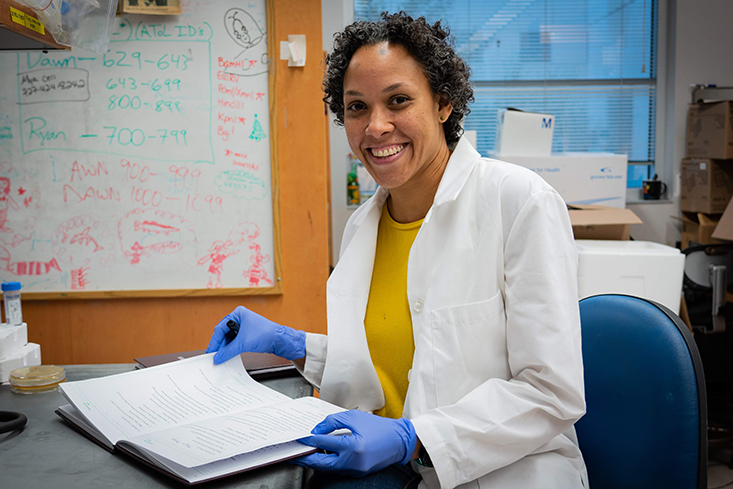 Karyna Rosario, PhD, who graduated from USF in 2010, was a recipient of the Bridge to the Doctorate fellowship. She now works as a research scientist in the marine genomics lab run by Mya Breitbart, PhD.

ST. PETERSBURG, Fla. (Oct. 30, 2020) - The City of St. Petersburg has contributed $125,000 to the University of South Florida Foundation to help enhance diversity in the ocean sciences. The gift to the USF College of Marine Science’s “Bridge to the Doctorate” fellowship endowment supports underrepresented students of color who are African American or Black, Hispanic or Latinx, Pacific Islanders, Native American or Alaska Native. The city’s gift will be dispersed over the next five years.

“USF’s College of Marine Science plays a key role in St. Petersburg’s culture of innovation, and serves as a critical component in our Grow Smarter economic strategy,” said Deputy Mayor and City Administrator Dr. Kanika Tomalin. “The school’s impact paired with our steadfast commitment to equity makes this an ideal investment for the City. Our pledge is one more way we are building a City of Opportunity that includes advancement for students of all races and backgrounds.”

The city’s gift aligns with its Grow Smarter initiative, which includes a spectrum of equity-focused investments. It complements USF’s broader portfolio of diversity-focused initiatives, commitment to equity in education, and its track record of student success. In recent years, USF has been recognized as a national leader in student success and has been honored for graduating underrepresented minority and limited-income students at rates equal to or higher than white and higher income students.

“We are extremely grateful to the City of St. Petersburg for this generous and timely commitment,” said Tom Frazer, dean of the College of Marine Science. “Now, more than ever, we need to incorporate a full complement of perspectives in our effort to address the complex challenges facing our blue planet, and this gift helps us continue our longstanding work to improve STEM diversity.” 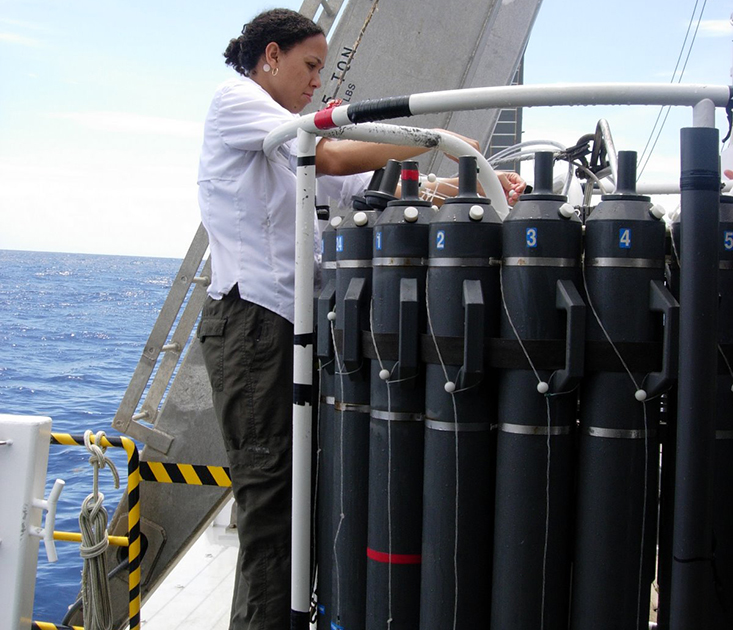 During the last 30 years, the College of Marine Science has developed a pipeline of programs to help diversify representation in the ocean sciences arena. Examples include its Oceanography Camp for Girls, a three-week summer experience for rising high school freshmen; a program for college students called Research Experiences for Undergraduates (REU); and a suite of fellowship and mentorship programs that support underrepresented graduate students, including the Bridge to the Doctorate fellowship, which was established in 2004.

The Bridge to the Doctorate Endowment is valued at more than $1.3 million. Earnings from the endowment currently enable the college to support at least one-two graduate students from underrepresented groups every year.

Research conducted by faculty and graduate students in the College of Marine Science stretches from Tampa Bay to Antarctica. Its program has grown into a national model for diversity in STEM education. The National Oceanic and Atmospheric Administration recently rated USF as the top institution in the nation in awarding marine science doctoral degrees to Hispanic/Latinx and African American/Black students, and No. 2 for master’s degrees. USF was also selected, together with the USF College of Engineering, as one of eight University Center for Exemplary Mentoring (UCEM) Programs nationwide that is recognized by the Alfred P. Sloan Foundation.

Read more about the history of the college’s Bridge to the Doctorate fellowship program here.