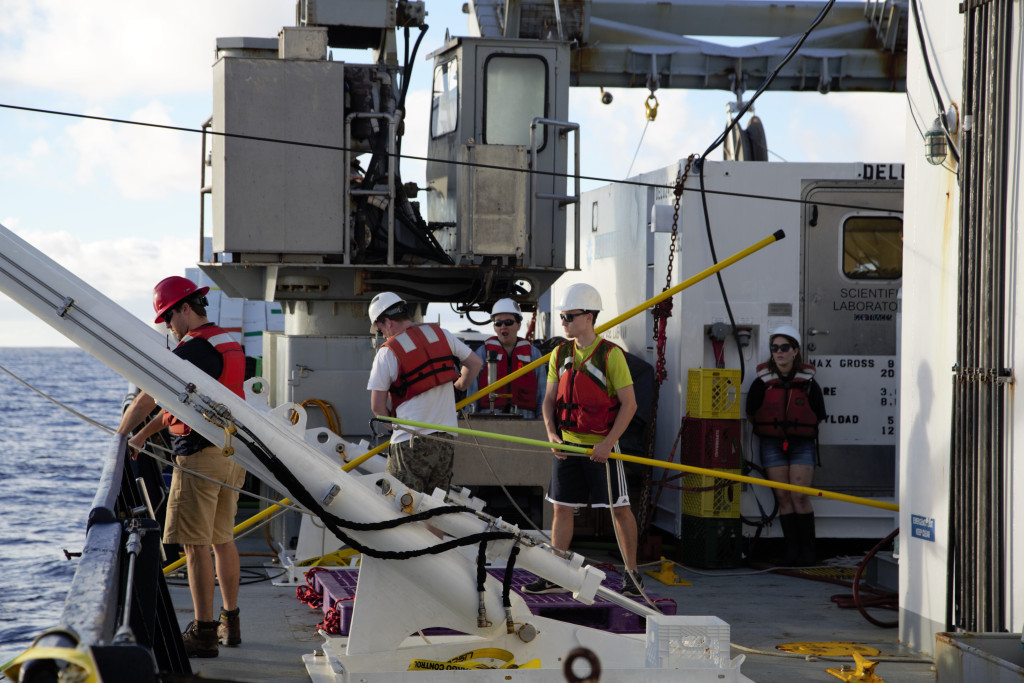 Pacific Meridional Transect – The ultimate goal of GEOTRACES and GP15 is to better understand the world’s oceans. But focus only on the edifice of accumulated scientific knowledge that GP15 hopes to produce, and one risks papering over the efforts of the human beings laying the bricks of data.

During GP15’s nearly three-day Super Station at the equator, I followed Laramie Jensen of Texas A&M University and Brent Summers of the University of South Florida, both graduate students in chemical oceanography working as Super Technicians on GP15. “Super Techs,” as they’re called on board, collect and prepare high quality samples for scientists aboard the Roger Revelle and back on land.