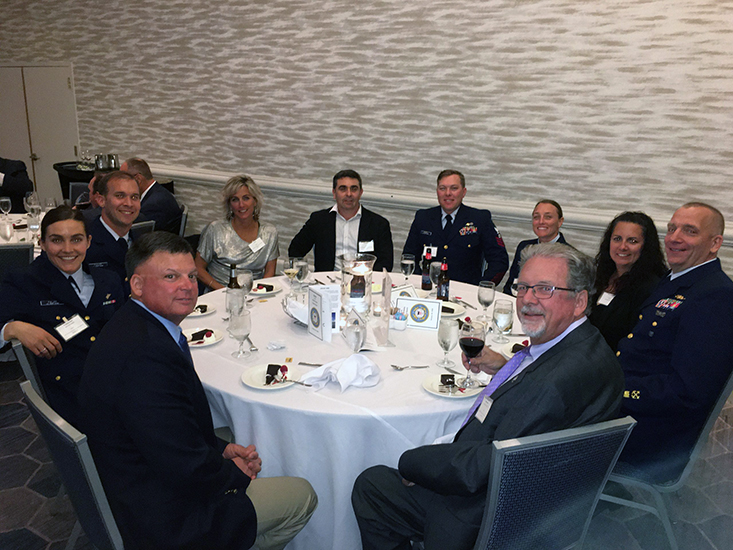 TAMPA, FL - The annual salute to the US Coast Guard was attended by CMPS Director Prof. Mark Luther and CMPS Chief Scientist Dr. Steven Meyers. The event was sponsored by the International Propeller Club, Port of Tampa, The Tampa Council, Navy League of the United States and the Coast Guard Foundation, and included recognition of currently serving Coast Guard members, reservists, and auxiliary. Admiral Peter J. Brown, Commander of the Seventh Coast Guard District, was the featured speaker. Awards were presented to USCG personnel distinguished by extraordinary service over the previous year.

The salute followed a memorial ceremony marking the 40th anniversary of the USCG cutter Blackthorn.