Rossby Waves and Eddies:Two Sides of the Same Coin 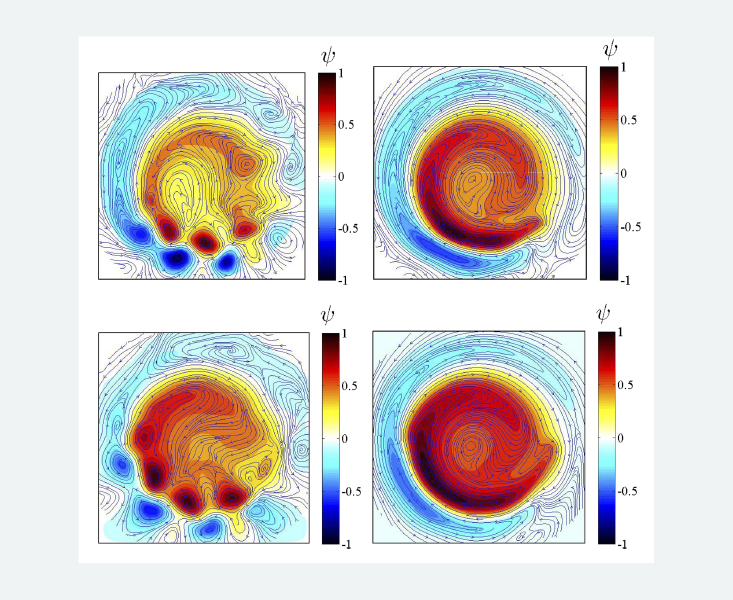 Geophysical and planetary circulations exhibit a rich variety of zonal flows, waves, and eddies produced and maintained by various instabilities. Understanding these features qualitatively and quantitatively is critical because they govern a spate of dynamical and transport processes in planetary oceans and atmospheres.

As a reminder, flow zonation is mainly due to the restoring force associated with the latitudinal variation of the Coriolis parameter through potential vorticity (PV) conservation. PV conservation also causes a fluid particle displaced from its equilibrium latitude to return to that latitude. Fluctuations around that latitude are known as Rossby waves. Furthermore, zonal jets are hydrodynamically unstable and produce eddies in addition to waves. The eddies and the waves often appear intertwined, leaving physicists to ask this fundamental question:

Are the Rossby waves and eddies two different entities, or do they represent two sides of the same coin?

To answer the question, we designed a laboratory device at the Sapienza University in Rome in which zonal flows, Rossby waves, and eddies are generatedby applying an electromagnetic forcing to a thin layer of a rotating fluid. Various features of eddies and waves were analyzed and compared.

Our conclusion: the Rossby waves and eddies are inseparable as the former maintain the instability that sustains the latter. This symbiosis, the eddy-wave duality, visually resembles the Rossby soliton.