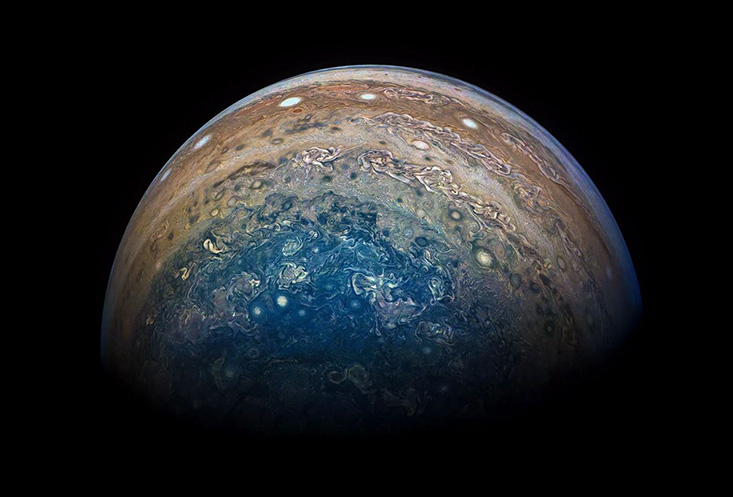 The swirls, eddies, and wavy bands of Jupiter and Saturn may remind us of a soothing, starry, starry night - but they reveal these two gas giants to be stormy, turbulent places. The turbulence produces energy cascades, a non-linear transfer of energy between different scales of motion. These are as fundamental to understanding planetary dynamics as the cardiovascular system is to understanding the human body.

But scientists haven’t had a reliable way to quantify planetary turbulence – until now.

A global team led by scientists at the University of Rome, which included Boris Galperin, PhD, a professor at the USF College of Marine Science, described the advance in Geophysical Research Letters. The results show that the rate of the turbulence energy transfer – until now a black box of mystery -- can be calculated relatively easily from a variable related to the planetary rotation and known as potential vorticity (PV).

The method was first developed by Galperin and his graduate student, Jesse Hoemann, and tested in the experiments conducted at the University of Rome during Jesse’s visit there. The method was confirmed using real velocity data extracted from images of Jupiter’s clouds movement captured by the 20-year-long Cassini mission, additional laboratory results performed in a rotating tank at the University of Rome in Italy, and computer simulations for Saturn. 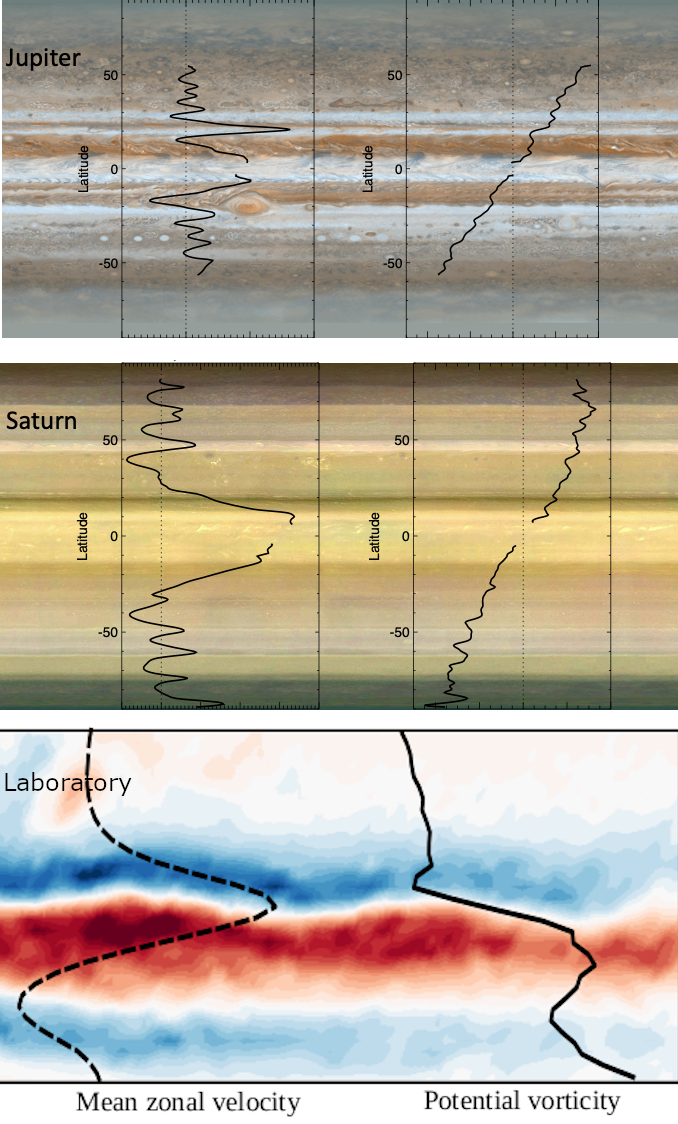 Banded flows on Jupiter and Saturn (from Cassini), and in a rotating tank experiment by Cabanes et al. (2020), showing non-monotonic PV profiles.

Based on the calculations of PV, the team showed for the first time that the rate of the energy transfer in Jupiter's atmosphere is four times greater than that in Saturn’s.

“Now you can see why I was really excited about this work,” said Galperin, who developed the original idea for the experiments several years ago.

Since the laws of turbulence, as any fundamental physical laws, are universal, the method can now be applied to other natural environments such as the ocean, Galperin said. Eddies in Earth’s ocean that look like the swirls on Jupiter, for example, come in different strengths, sizes, and lifetimes, and are critical to understanding Earth’s balances of energy, heat, salt, carbon dioxide, and more.

“This is the first estimate of Saturn's turbulent power from observations, and this study paves the way for future data analysis in other planetary atmospheres,” said lead author Simon Cabanes, PhD, a post doc at the Department of Civil and Environmental Engineering (DICEA) of the University of Rome La Sapienza.

The research was funded as part of the MARIE SKŁODOWSKA-CURIE ACTIONS Individual Fellowships funding of which the Department of Civil and Environmental Engineering (DICEA) of the University of Rome La Sapienza is the host institution. Galperin was partially supported by the NASA/NOAA Ocean Surface Topography Science Team and by a University of South Florida Nexus Initiative (UNI) Award.