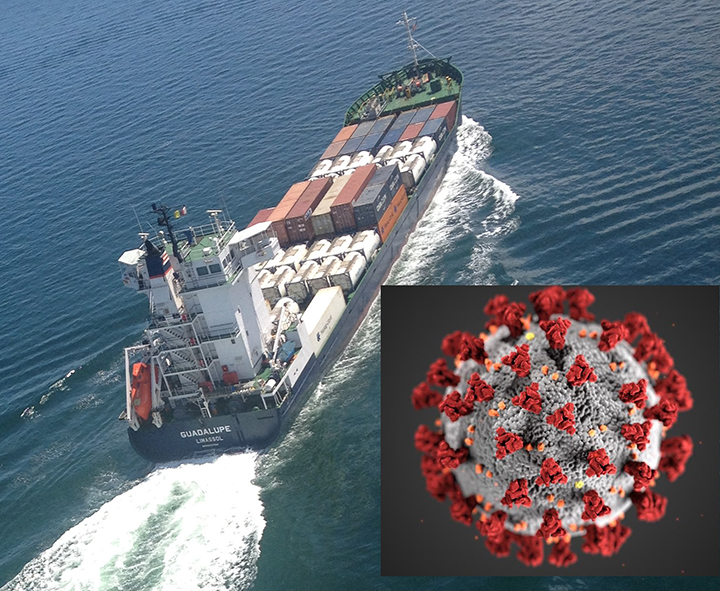 In the first part of 2020 nearly 11,500 ships visited one of 15 ports around the state of Florida. Photo credit: Dr. Steve Meyers.

ST. PETERSBURG, FL – From January to April 2020, as the coronavirus gripped the Sunshine State, nearly 11,500 ships from 75 countries or territories made a stop at one of the 15 ports dotting Florida’s coast. Their role in spreading the virus – and the role the maritime industry plays in COVID-19 worldwide — has been yet another mystery associated with this novel virus. Until now.

A team of scientists will shine a light on the black box thanks to a new grant from USF’s COVID-19 Rapid Response program. The project, called “Contact Tracing of Ships and Seaports in Florida,” is projected to last six months and is one of 14 projects funded in USF’s second round of its rapid response program.

While the role of air traffic and cruise ships in the transmission of COVID-19 was documented as the pandemic unfolded, the role of maritime transportation was left out.

“We are excited to be able to gain insight on the relative importance of shipping traffic in the transmission if the SARS-CoV-2 virus,” said Mark Luther, PhD, professor at the USF College of Marine Science.

Luther is leading the program with collaborators Steven Meyers, PhD, also from the College of Marine Science, and Drew Kramer, PhD, from the USF Department of Integrative Biology. USF will also partner with Gatehouse Maritime and Pole Star Space Applications USA, Inc, which recently established a vessel tracking center in St. Petersburg. They will provide additional data for the project.

“Our project will produce one of the first interfaces between maritime traffic data and epidemiological models,” Luther said.

The team will use Florida as a testbed to develop initial methods and models that can be used in a more extensive study covering ports around the United States – a project that will require additional, more significant funding. The grant from USF provides $20,000 to launch the pilot. 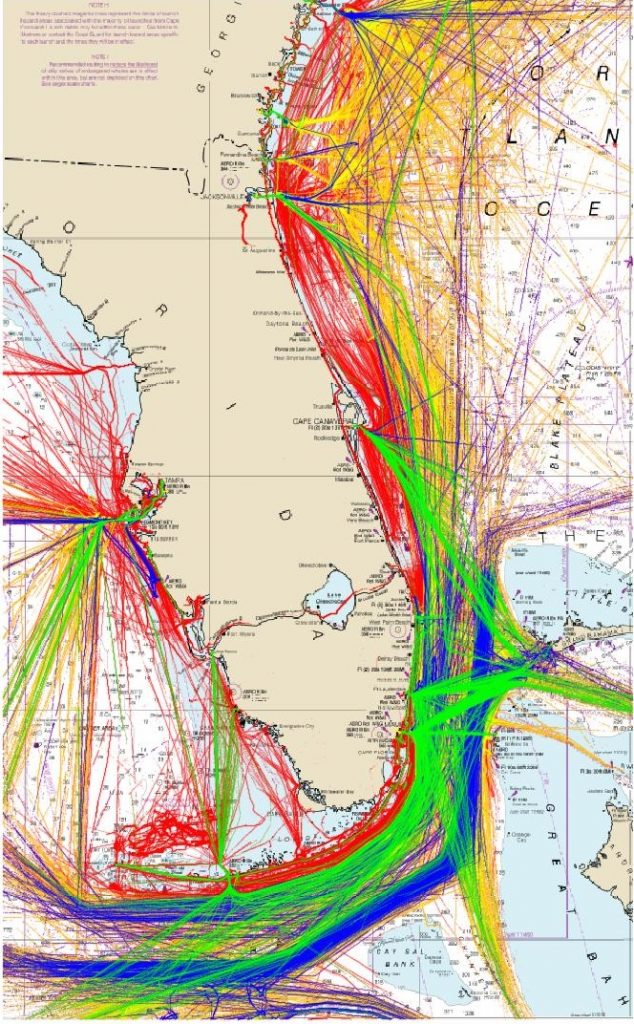 The project will involve a more extensive port-call history of the ships that entered Florida seaports in the first half of 2020. The team will use the ship tracking data – including number and type of ship, time in port, and estimated number of crew and passengers – to build computer models that help to quantify how connected Florida’s ports are with the global network of ports. They will combine that information with existing SARS-CoV-2 disease transmission models to help calculate the probability of a single infected individual from any one given port infecting others at subsequent port stops.

“Many shipping legs will be long enough that the development of COVID-19 symptoms will lead to notification and control measures,” Luther said, “but no existing analyses have assessed this source of risk in the U.S., particularly in the Caribbean and Atlantic where transit time between ports is relatively short.”