2020: a record-breaking year for the USF glider team 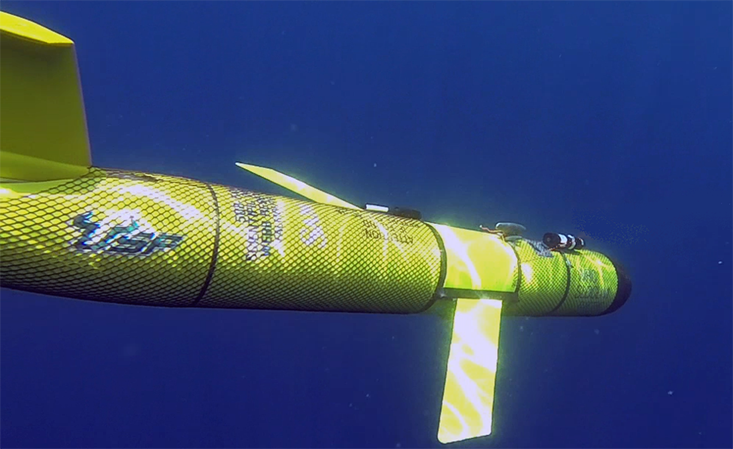 Each glider is equipped with a standard sensor package (CTD for conductivity-temperature-depth, fluorometers, dissolved oxygen sensor). Several of our fleet are also equipped with enhanced sensor packages that generate specialized data sets, including passive acoustic recordings of red grouper and other fish that make sounds, data from acoustically tagged fish, nitrate concentrations, and more.

Gliders give us the eyes and ears we need 24-7 in the ocean, at a fraction of the cost of a research vessel. They can collect valuable data to help understand ocean circulation, red tides, hurricanes, fish populations and habitats –all at the same time.

During the past year, the glider team conducted 10 glider deployments, resulting in 208 glider days at sea, which is a USF record.  These were conducted on both the east and west coasts of Florida, and up to North Carolina.  All deployments were conducted in full accordance with COVID guidelines provided by USF and collaborating institutions.

West coast Florida deployments were conducted in collaboration with our partners at the Florida Wildlife Research Institute (FWRI), the Gulf of Mexico Coastal Ocean Observations System (GCOOS), and the Southeast Coastal Ocean Observing Regional Association (SECOORA).  These deployments in the region west of Pinellas County focused on understanding the evolution and progression of red tide; quantifying the heat content in the water column for hurricane forecasting; and exploring the capability of gliders to help better understand fish migrations, a new area for glider research.  USF is now the owner of the first fisheries based echosounders by two manufacturers, which are now being recognized as emerging tools to do long term sustained observations of fish biomass in coastal regions. 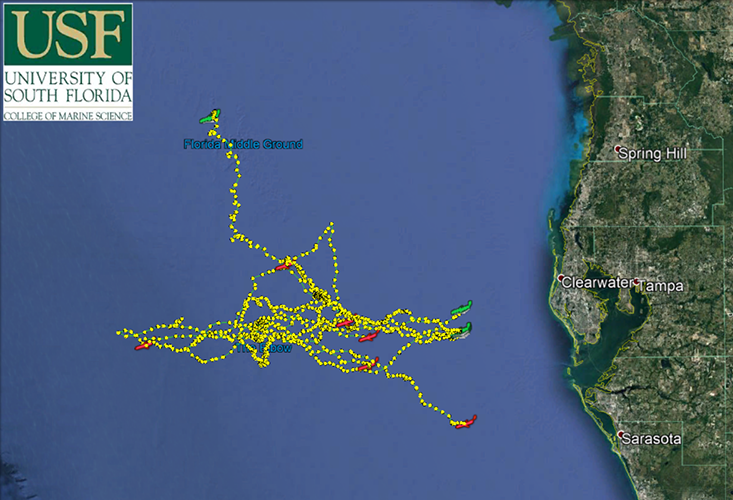 Glider deployments on the east coast of Florida were done in partnership with collaborators from the University of Georgia, University of North Carolina, the North Carolina Coastal Studies Institute, and SECOORA. The key focus was evaluating the heat content of the water column in the areas where the Gulf Stream interacts with coastal waters. This heat fuels hurricanes. These deployments ranged up to over 500 nautical miles along the eastern seaboard, providing valuable water column data to researchers at the Naval Research Laboratory and the National Oceanographic Atmospheric Administration. 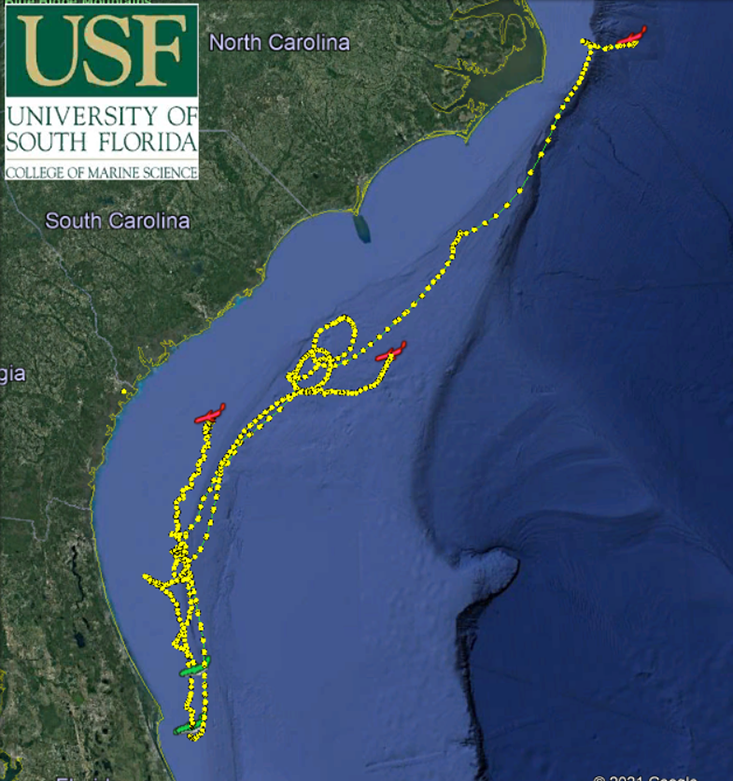 USF East coast glider deployments since mid-2020 focusing on the interaction with the Gulf Stream and the coastal shelf as well as providing heat content to hurricane predictions models.

All data collected by the gliders was shared in satellite decimated format with research partners through the NOAA IOOS Glider Data Assimilation Center, as well as in full format post-deployment.