CMS scientists on the bottom (and top) of the world! 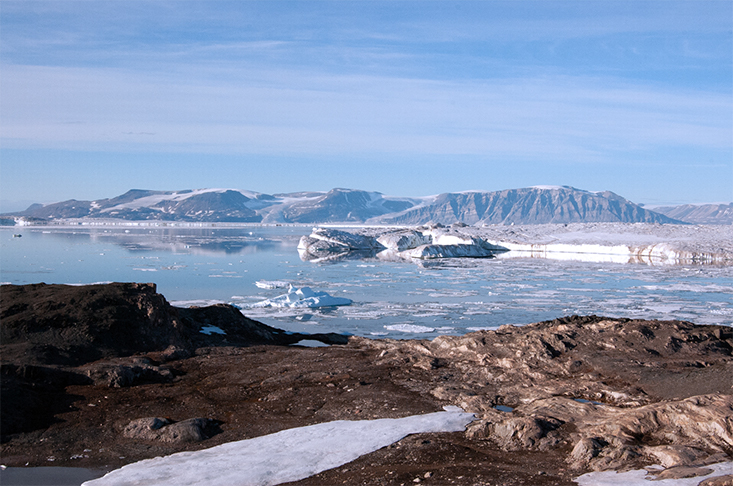 Melting polar ice sheets play a pivotal role in changing global sea levels, and are expected to contribute to a six-inch rise in Florida sea level by 2030. But melting ice also provides an important and changing supply of nutrients to the oceans around Greenland and Antarctica. The Southern Ocean, which encircles Antarctica, also plays a vital global role in regulating heat, salt, carbon, and nutrient transfer between the oceans and atmosphere (taking up much of the global carbon emissions), and acts as a mix-master for all the oceans. 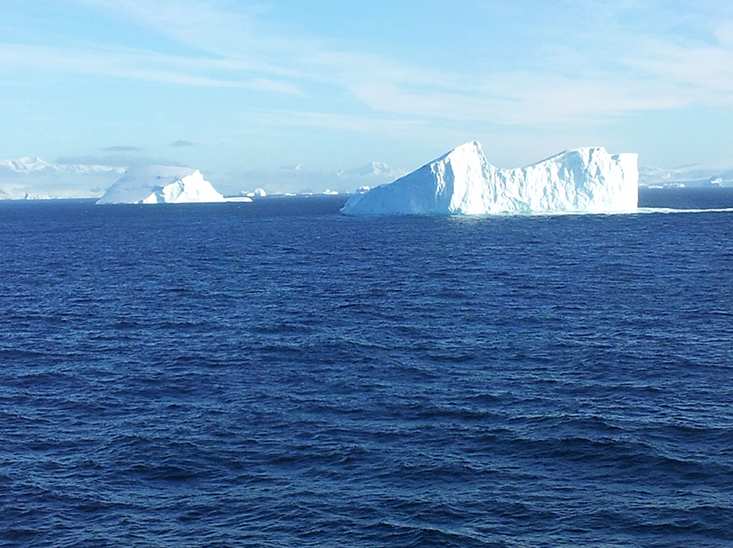 Writing last week in Earth and Planetary Science Letters (Sieber et al. 2021), Dr. Matthias Sieber and Dr. Tim Conway used the geochemical ‘fingerprint’ of iron in seawater to determine iron sources to the vast Southern Ocean, in collaboration with Swiss and Antarctic scientists as part of the Antarctic Circumnavigation Expedition.

This week, Dr. Tim Conway, CMS former graduate student Brent Summers and German collaborators also published an article in Nature Communications (Krisch et al., 2021). They found that processes occurring below Greenland’s floating ice shelves are essential for supplying nutrients to the oceans surrounding Greenland. Because glacial ice in Greenland is disintegrating quickly and unpredictably as temperatures warm, studies such as this one help us understand how regional ecosystems might be impacted with continued warming at both poles. 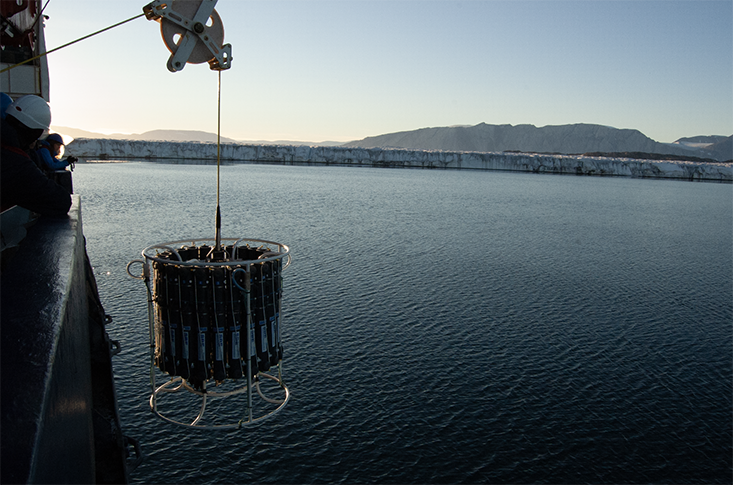 The Miocene as the key to the present. Marine mud collected from the continental shelves around Antarctica preserves records of Earth’s climate and Antarctica’s ice sheet evolution. In 2018, after more than a decade of planning, USF CMS Associate Professor Dr. Amelia Shevenell and her international collaborators set sail to the Ross Sea, Antarctica on International Ocean Discovery Program (IODP) Expedition 374. The researchers, including Shevenell and CMS graduate student Imogen Browne, recovered 1.5 kilometers of marine mud that contains 20 million years of climate and ice sheet history. Dr. Shevenell is interested in understanding how and why Antarctica’s ice sheets behaved during the early to middle Miocene (~17 to 12 million years ago), a warm climate interval when Earth’s atmospheric CO2 concentrations were similar to today and sea levels were higher. 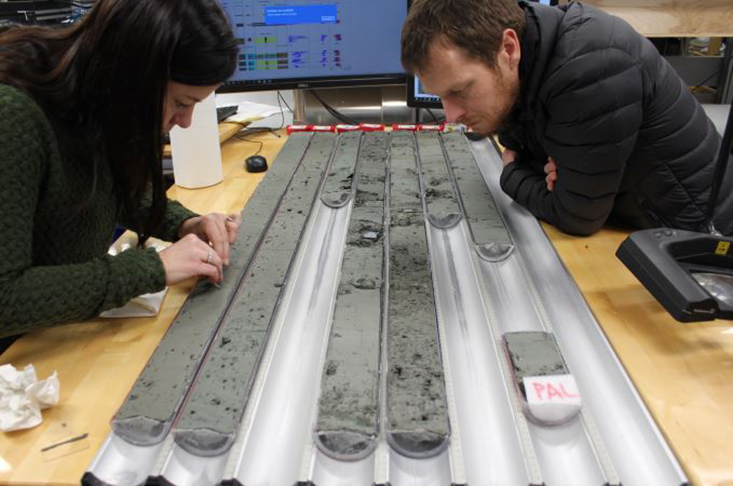 One of the first papers from Expedition 374, published recently in GSA Bulletin (Pérez et al., 2021), uses geophysical and marine sediment data to reconstruct Antarctica’s glacier and ice sheet behavior during the middle Miocene. The team found that during this warm climate interval, Antarctica’s glacial systems were much like those in present day Alaska. Around ~14 million years ago, the data suggests that Antarctica’s ice sheets expanded to close to their present size.

As a next step, Imogen Browne is reconstructing Miocene ocean and atmospheric temperatures in the Ross Sea to understand their role in past ice sheet behavior. Together, past ice sheet behavior and atmospheric temperature reconstructions are used in IPCC class global climate models to understand how Antarctica’s ice sheets will respond to future warming. This information improves scientist’s ability to predict the amount and rate of future sea level rise, critical information for the citizens of Florida.

Larsen C ice shelf history and future. Recent satellite observations have revealed the sensitivity of Antarctica’s fringing ice shelves, which stabilize Antarctica’s ice sheets, to climate and ocean warming. Such collapses, including the 2002 disintegration of the Larsen B ice shelf, on the eastern Antarctic Peninsula, and the 2021 calving of iceberg A-76 into the Weddell Sea, are increasingly common events as Earth’s climate warms. USF CMS Associate Professor Dr. Brad Rosenheim, and former CMS graduate student, Dr. Cristina Subt, were part of an international team working to reconstruct the history of the Larsen C ice shelf over the last 10,000 years. Writing recently in the journal Geology, Smith et al. (2021) found that the Larsen C ice has retreated in size during past warm periods, but never completely collapsed like other regional ice shelves further north. Will Larsen C survive future warming that is predicted to be unprecedented in the last 10,000 years? The jury is still out.

Stay tuned for more exciting work on the polar regions by researchers at CMS.