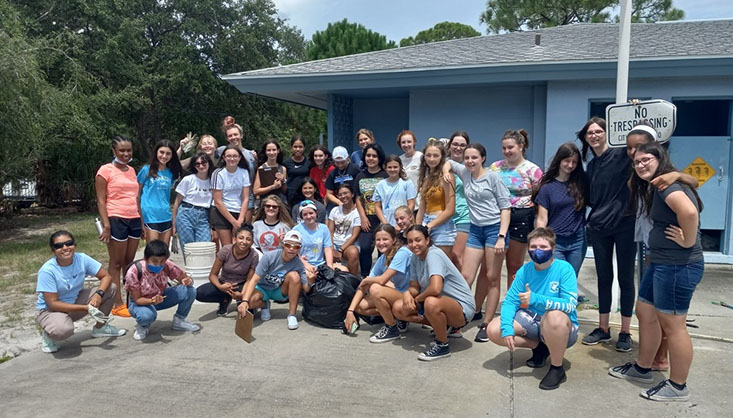 OCG campers and peer counselors all together after the Clam Bayou Coastal Cleanup.

After the first day of our second lab rotations, all the OCG campers came together at Clam Bayou for our annual coastal cleanup during camp. It is a tradition that OCG campers take an afternoon to go around the Clam Bayou property and pick up any trash they find.

The campers split into several groups for the cleanup and took on different areas of the property. Some groups walked along the shore and picked up trash there, some cleaned up the mangroves, and others went into the forested area next door and collected trash there. Each group had a designated data recorder to keep track of how many pieces of garbage and what types of garbage were found. 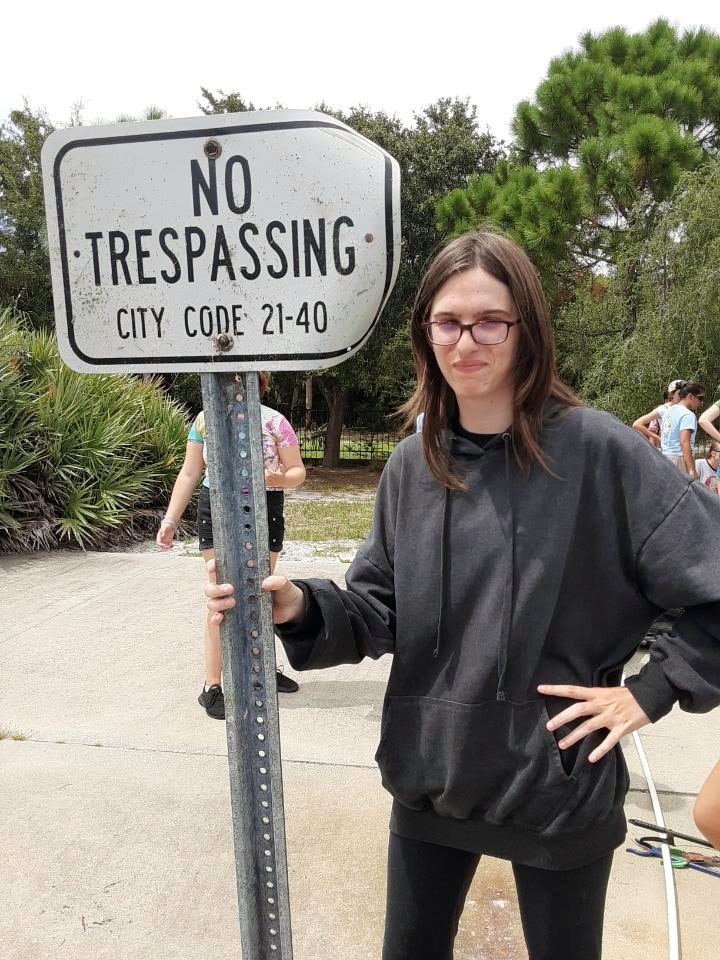 Camper Meghan posing with the floating “No Trespassing” sign found in the mangroves.

At the end of the cleanup, the girls gathered again and measured how much garbage they had collected using a hanging scale. Some of the most surprising things found this year were a long piece of wood that two campers had to carry, couch cushions, and even a “No Trespassing” sign that was found floating in the water by the mangroves!

The total amount of garbage we collected this year at camp was approximately 93.5 pounds!! The girls clapped and shouted when they realized how much they were able to clean up and the positive impact it made at Clam Bayou.

Besides our annual coastal cleanup during camp, we also do cleanups during the school year at the OCG reunions. When OCG campers come together they can truly make a big impact on the environment and inspire others to do the same. 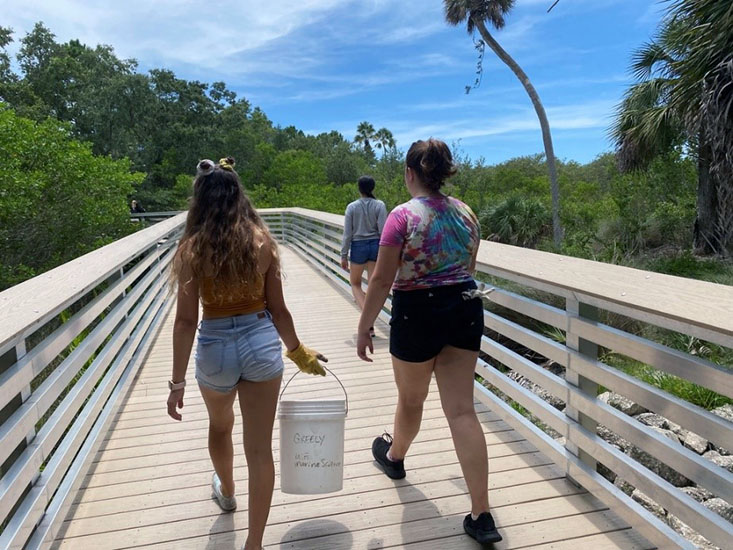 Campers Alana, Savannah, and Sophie walking along the paths through the mangroves to find trash.