Antarctic krill -- filter feeders that look like shrimp and eat phytoplankton -- are the meal of choice for whales, seals, penguins, and fish in the Southern Ocean. They are considered one of the most abundant, and therefore the most successful, animals on the planet. Their ancestors roamed the seas more than 23 million years ago. (By comparison, the first human ancestors appeared 5-7 million years ago. Evolutionary mic drop for krill). No wonder scientists call them Euphausia superba. 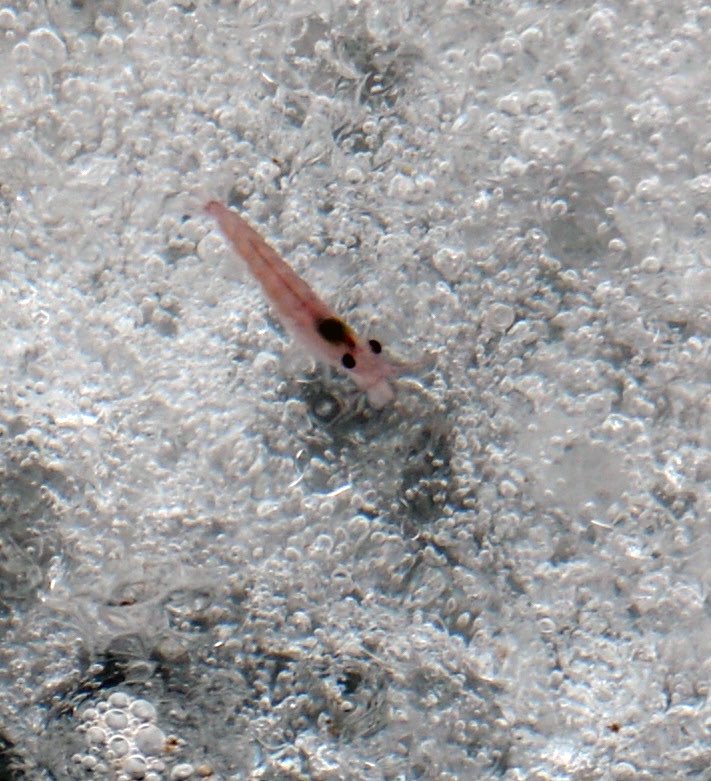 But will this epic accomplishment fade as the climate warms? Over the past 90 years historical hotspots for krill, who like it cold, have shifted southward in response to the warming water. Juvenile abundance has also declined since the 1970s. A new publication, and a featured article in Marine Ecology Progress Series, provides further evidence of cause for concern, and helps tease out some of the effects of a warming climate.

“Climate change does not just mean warmer waters,” said Shaw.  “Other aspects of the environment change, too.  The strength of this study is that we looked at the combined effects of two environmental variables.”

“Antarctic krill have a flexible diet and can survive hundreds of days without eating,” she added. “One thing they can’t tolerate is getting too warm.”

This raises concerns about how they will fare in future climate scenarios.  Oh, and there’s yet another concern for marine animals, said Seibel, one that wasn’t addressed in this study.

“It’s also likely that the ocean will see lower oxygen levels, so we are taking a look at the impact of that scenario on the metabolism of marine animals, too,” he said.