While recurrent flooding during high tides has become familiar to many U.S. communities, including the Atlantic and Gulf coasts, these high-tide flooding (HTF) events are projected to increase rapidly in the mid-2030s, according to a study published in Nature Climate Change. The team, led by the University of Hawai‘i at Mānoa, included Dr. Gary Mitchum, physical oceanography Professor and Associate Dean at the USF College of Marine Science.

The team analyzed tide gauge data from 89 coastal locations around the US, including St. Petersburg, and developed a novel statistical technique that combined natural fluctuations in tidal ranges with NOAA sea level rise scenarios to produce the projections of high-tide flooding. The analyses show “tipping points” when the frequency of HTF events increase abruptly.

For example, the analyses indicate a tipping point for St. Petersburg may occur around 2033. The St. Petersburg area may see less than ten HTF events every year between 2023-2033, but that projection increases to nearly 70 per year in the following decade (2033-2043).

“Events we used to call extreme are likely to become routine, and the projected number of events is cause for concern,” said Mitchum. “We have to keep in mind that flooding events are highly localized in nature, but these estimates do provide a blueprint that we hope helps guide coastal planning efforts.”

The impact of seemingly minor occurrences of HTF adds up and can exceed the impact of rare extremes over time. These impacts are subtle—for example, the loss of revenue due to recurrent road and business closures—compared with the physical damage of property and infrastructure associated with extreme storm-driven events.

The most rapid increases are along the Gulf of Mexico and the US Pacific, which includes Hawaiʻi and other Pacific Islands. “This is important, because this is the point at which high-tide flooding transitions from being primarily a local or regional issue and becomes a national issue affecting a majority of our nation’s coastlines,” said lead author Phil Thompson, director of the UH Sea Level Center and assistant professor of oceanography in the UH Mānoa School of Ocean and Earth Science and Technology (SOEST).

Continued sea-level rise will exacerbate the issue where present, and many more locations will begin to experience recurrent high-tide flooding in the coming decades. 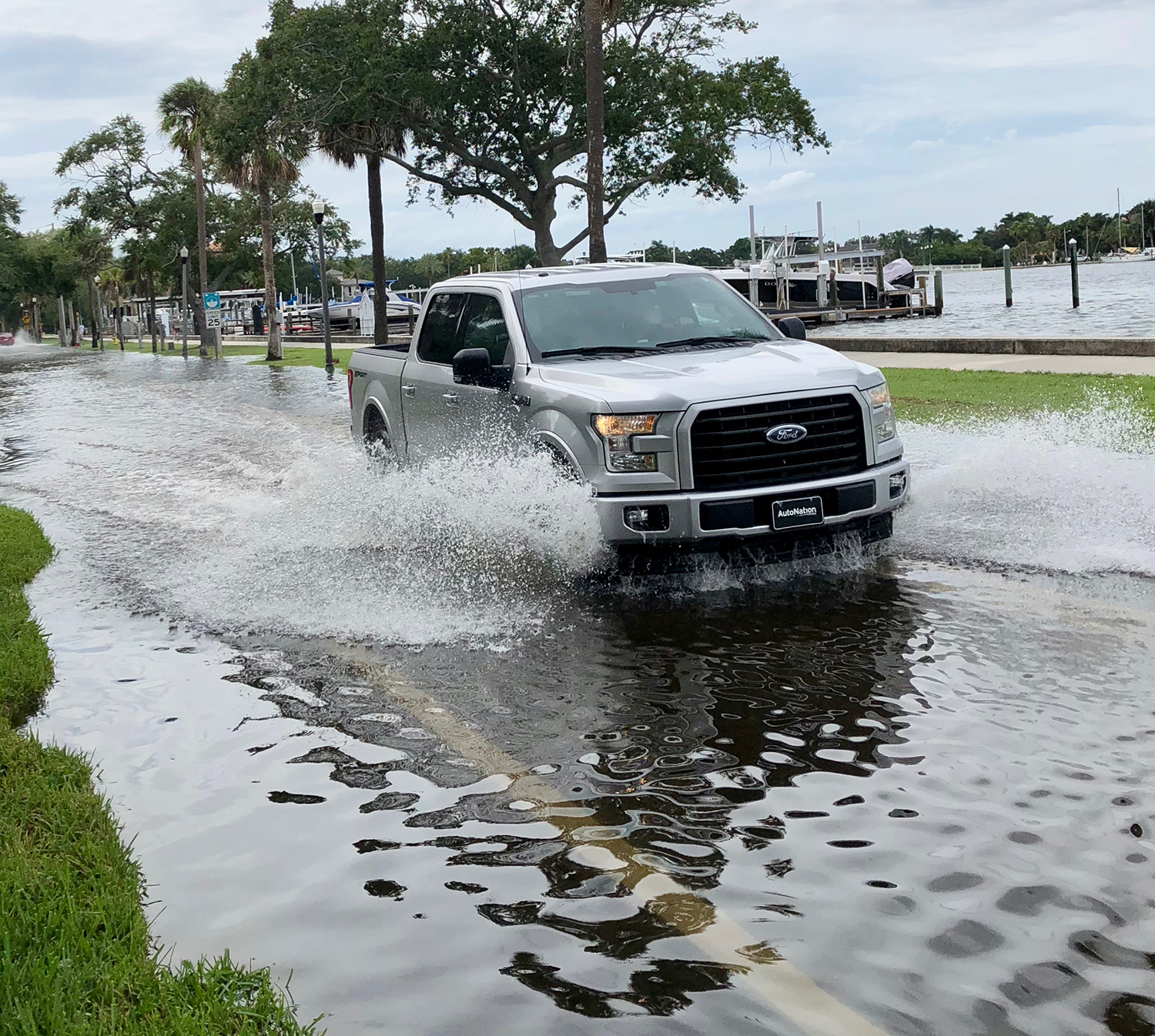 The team also found that annual cycles in tides and sea level can combine with oceanographic anomalies to produce many high-tide flooding episodes over a short amount of time—creating extreme months with clustered events. For example, St. Petersburg could see an average of ten HTF events per month by 2050, though some months could see 20 or more.

Further, the scientists found that naturally occurring fluctuations in tidal range from one decade to the next alternately reduce and exacerbate the impacts of sea level rise. For example, while sea level may rise less than two inches over the next decade in St. Petersburg based on these new analyses, it could rise by nearly six inches between 2033-2043.

“This research is a great example of the work we will do as part of the state of Florida’s recently announced Flood Hub for Applied Research and Innovation,” said Tom Frazer, Dean of the USF College of Marine Science. “Our coastal communities need exactly this kind of tangible information to make solid, data-driven decisions about how to mitigate the impacts of sea level rise and flooding.”