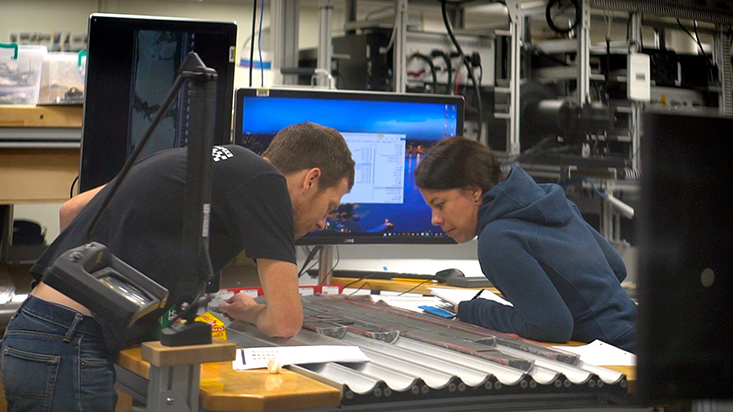 In a study published today in Nature, an international team of scientists, including USF College of Marine Science (USF CMS) Associate Professor Amelia Shevenell and graduate student Imogen Browne, documented the evolution of Antarctica’s ice sheets  about 20 million years ago. 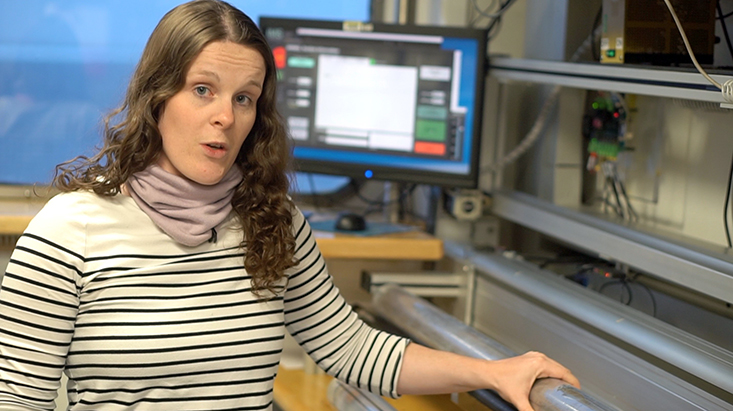 At this time, called the early Miocene, Earth experienced both warm and cold climates. Atmospheric concentrations of carbon dioxide were similar to those expected by 2100, if greenhouse gas emissions continue at the present rate. During warm Miocene climates, sea level rose by up to 60 metres – the equivalent of melting all the ice presently on the Antarctic continent.

Until now, the contributions of the larger East Antarctic Ice Sheet (EAIS) and the smaller West Antarctic Ice Sheet (WAIS) to past global sea levels was uncertain. The new research was conducted as part of the International Ocean Discovery Program (IODP) Expedition 374 to the Ross Sea in Antarctica. The $13 million (US) expedition emerged from a 2012 National Science Foundation (NSF) funded workshop at the USF CMS and was drilled in 2018. Expedition 374 recovered ~1.5 kilometers of mud from the ocean floor, which teams of international scientists are analyzing to reconstruct Antarctica’s ice sheet evolution over the last 20 million years. 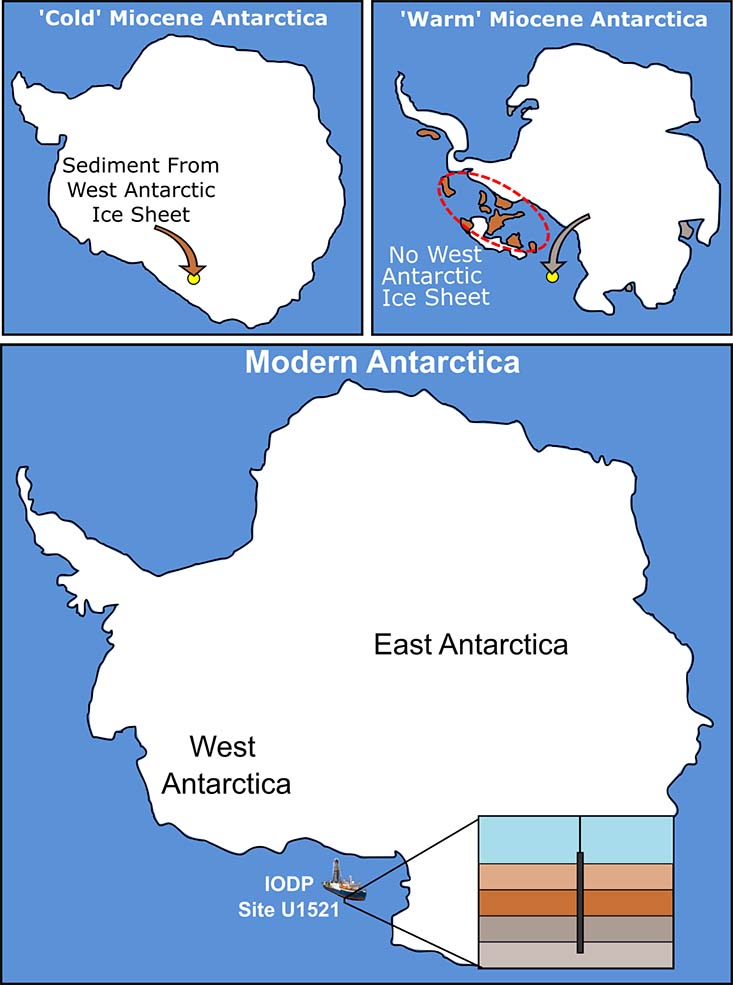 The new research, led by Imperial College London graduate student, Jim Marschalek, shows that the WAIS, the smaller and more climatically sensitive of today’s Antarctic ice sheets, existed and contributed significantly to global sea levels 8 million years earlier than previously known. The study also reveals that the young WAIS was highly erosive, which lowered the elevation of the land beneath the WAIS below sea level, further increasing its vulnerability to climate and ocean changes. The study provides essential data for climate models, which are used to accurately predict future global sea levels as Earth warms and Antarctica’s ice sheets melt.

Co-author, Amelia Shevenell, an expert on Miocene climate and Antarctic ice sheet evolution, is currently the Principal Investigator of a multi-institutional NSF grant to determine the role of ocean temperature on Antarctica’s ice sheet behaviour during the Miocene.

“Understanding past climate conditions and the behavior of Antarctica’s ice sheets is essential for improving climate models used to predict how much and how fast sea levels will rise in the future,” said Shevenell.

Shevenell, who lives in St. Petersburg, Florida, one of the top 10 cities in the United States most vulnerable to sea level rise, continued: “What is happening in Antarctica now and in the past may not seem important in our everyday lives. However, the West Antarctic Ice Sheet is currently contributing to global sea level rise and its contributions are increasing as Earth warms. If this part of Antarctica were to melt completely, global sea levels would rise about 15 feet, which would displace millions of people worldwide, including most people in the state of Florida.”

Material from Imperial College London was used in this report.