Unraveling the mysteries of trace elements in the oceans 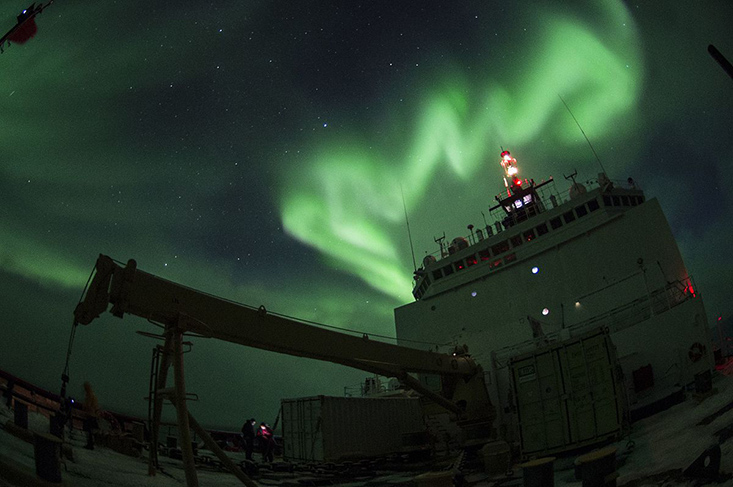 Aurora borealis is observed from Coast Guard Cutter Healy Oct. 4, 2015, while conducting science operations in the southern Arctic Ocean. Healy was underway in the Arctic Ocean in support of the National Science Foundation-funded Arctic GEOTRACES, part of an international effort to study the distribution of trace elements in the world's oceans. U.S. Coast Guard photo by Petty Officer 2nd Class Cory J. Mendenhall.

Heroes and villains abound in the story of trace elements, which are found in exceedingly low amounts in the ocean. Many, such as iron or zinc, are critical to marine life and play a key role in regulating the global carbon cycle. Others can be downright toxic to marine organisms, or even potential concerns to human health.

Trace elements are also very challenging to study—for instance each liter of seawater only contains around a billionth of a gram of iron—and the way these elements cycle through the ecosystem and the oceans is complex.

In the last decade, however, help has arrived for those interested in gaining a better understanding of these mysterious metals, in the form of an international program called GEOTRACES, which has brought together over 35 countries to map the oceans for those exceedingly rare trace elements and their isotopes. 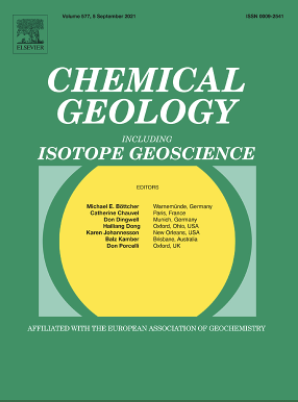 Recently, CMS Associate Professor Dr. Tim Conway served as lead editor on a special issue of Chemical Geology called “Cycles of trace elements and isotopes in the ocean – GEOTRACES and beyond….” It features 31 research articles on trace elements in the ocean, covering those like iron which are released naturally, to those such as plutonium which come from nuclear accidents like Fukushima or atom bomb testing.

Conway also served as lead author of a comprehensive editorial review called “A decade of progress in understanding cycles of trace metals and their isotopes in the oceans,” which reviews the science in the special issue and lays out the history of GEOTRACES and the progress the program has made since its official launch in 2010.

Conway said, “This was a really exciting issue to lead. It features new science including the role of the Southern Ocean in dominating global trace element cycling, uses of radioactive elements to better understand rates and processes, improved knowledge of marine particles and atmospheric dust, and more. For me personally, it was great to sit down and document how far trace metal science has come in the last ten years, building on work from the last four decades.”

The flagship product of GEOTRACES is its publicly available datasets and electronic atlases—which Conway and others use as fantastic classroom tools—and the special issue features coverage of the second GEOTRACES Intermediate Data Product, which went live in 2017. The next product is due in late 2021.