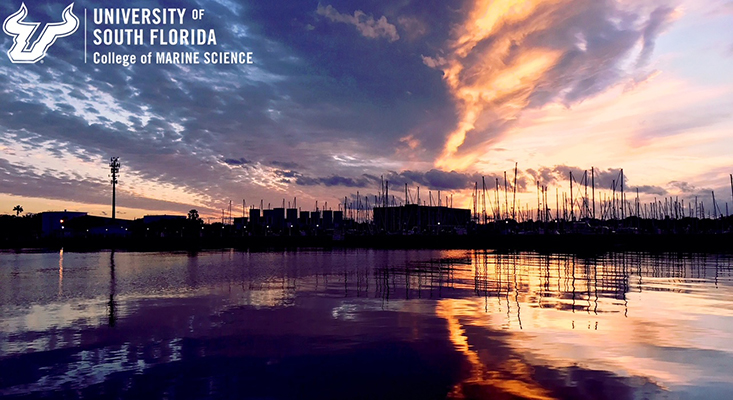 TAMPA, Fla. (Jan. 25, 2021) — The University of South Florida today announced a $3 million gift to the USF Foundation that will benefit students in the College of Marine Science. The estate gift from Anne Von Rosenstiel, who passed away in December 2019, will be divided between two existing endowments established by Von Rosenstiel and her late husband, Werner.

“The Von Rosenstiels’ sustained commitment to the University of South Florida’s College of Marine Science is making a remarkable impact on our ability to support students with a passion to explore and advance the field of marine science,” said USF President Steve Currall. “Building on our strengths in environmental and oceanographic sciences, technology and sustainability is a priority for USF, and I’m grateful to the Von Rosenstiel family for their generous support.”

“We are deeply honored to receive this gift from the Von Rosenstiel family, whose ardent support of the College of Marine Science has been unparalleled in our 54-year history,” Dean Tom Frazer said. “Anne and Werner’s generosity continues to help us achieve international prominence. Their legacy lives on in our students, who continue to advance science in support of a better world.”

The investments will allow USF to recruit additional top graduate students by offering more generous fellowships and will increase the potential of national funding opportunities for innovative research projects.

“This gift enriches the Von Rosenstiels’ already impressive legacy in the USF College of Marine Science,” USF Foundation CEO Jay Stroman said. “We are grateful for their decades of support and the opportunities made possible for future marine scientists by their generosity.”

Before moving to St. Petersburg, Anne Von Rosenstiel lived in Princeton, N.J., where she raised her three children and worked in various careers in New York City focused on science and education. Her husband was a lawyer and historian who shared her commitment to education, particularly in science and history.

“Anne Von Rosenstiel was one of the most intelligent, talented, generous and self-effacing people I have ever known. Anne was an important part of attracting a new federal laboratory (United States Geological Survey) to St. Petersburg in 1988 and over three decades provided substantial support for new programs that propelled marine science forward,” said founding USF College of Marine Science Dean and longtime friend of the Von Rosenstiels, Peter R. Betzer.

Von Rosenstiel also gave generously to the college’s Bridge to the Doctorate Endowed Graduate Fellowship, which helps recruit and mentor under-represented minority students, and the annual Oceanography Camp for Girls. She volunteered and supported a variety of organizations throughout the Tampa Bay region.

About the University of South Florida
The University of South Florida is a high-impact global research university dedicated to student success. Over the past 10 years, no other public university in the country has risen faster in U.S. News and World Report’s national university rankings than USF. Serving more than 50,000 students on campuses in Tampa, St. Petersburg and Sarasota-Manatee, USF is designated as a Preeminent State Research University by the Florida Board of Governors, placing it in the most elite category among the state’s 12 public universities. USF has earned widespread national recognition for its success graduating under-represented minority and limited-income students at rates equal to or higher than white and higher income students. USF is a member of the American Athletic Conference. Learn more at www.usf.edu.

About the USF Foundation
The USF Foundation connects the university with donors who want to make a difference by providing private, philanthropic support to promote student success, academic initiatives, research, and other strategic priorities of the University of South Florida. Our donors celebrate the energy, vision, and future of one of the country’s most exciting and engaged universities. Our people and programs, our ideas, our research, and our solutions comprise an ambitious plan to enhance healthcare, science, technology, education, business, the arts and global partnerships. Learn more at www.giving.usf.edu.