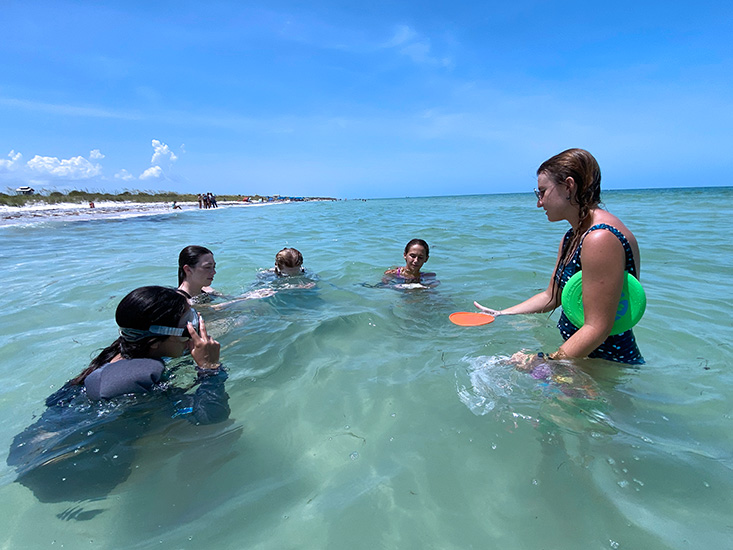 The final field trip of Oceanography Camp for Girls 2022 was our expedition to Caladesi Island. We began our morning with a ferry ride over to the island, during which the campers were able to spot dolphins! Then we trekked over to the Gulf side of the island to begin the day’s activities. Caladesi is a natural barrier island, meaning it is not altered by people building infrastructure such as jetties and seawalls or conducting beach nourishment. This makes it a valuable location for the campers to learn about how environments change over time. The campers completed four activities at Caladesi, each focusing on a different aspect of the barrier island environment. 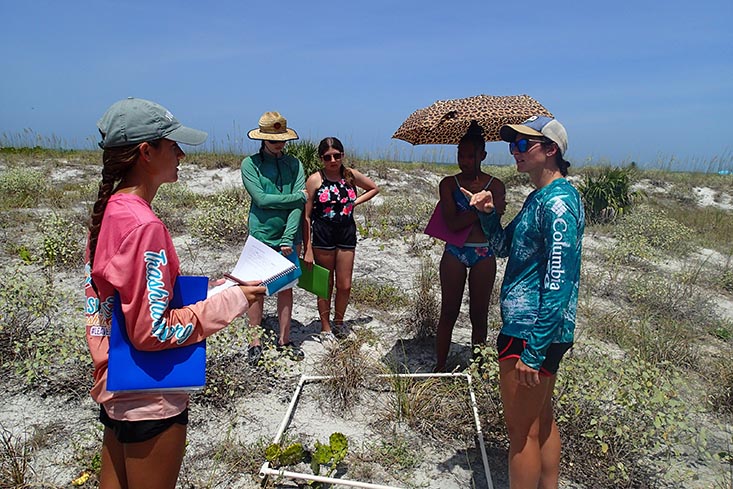 Science mentor Kylee Rullo shows campers how to measure the percent cover of vegetation within the dune swale.

At the coastal plant adaptations station, the girls compared the vegetation in different areas of the beach, from the back dune through the swale to the primary dune and the beach face. They looked for features that help plants survive the beach environment, such as waxy leaves to retain water and exclude salt and rhizome roots to avoid being moved and collect sand. The girls also measured the percent cover, or how much of a randomly placed square, called a quadrat, contained vegetation. Of course, no examination of beach plants would be complete without finding sand spurs, which the campers normally did without even trying!

The campers started the sediment station at “THE PIT,” a large(ish) hole that the campers and mentors worked together to dig. At the pit, the campers observed sediment layers and discussed differences between the size of the grains and shells they saw in different layers. Then they headed into the water for a demonstration of settling rate, comparing how pool toys settled at different rates depending on their weight and surface area. 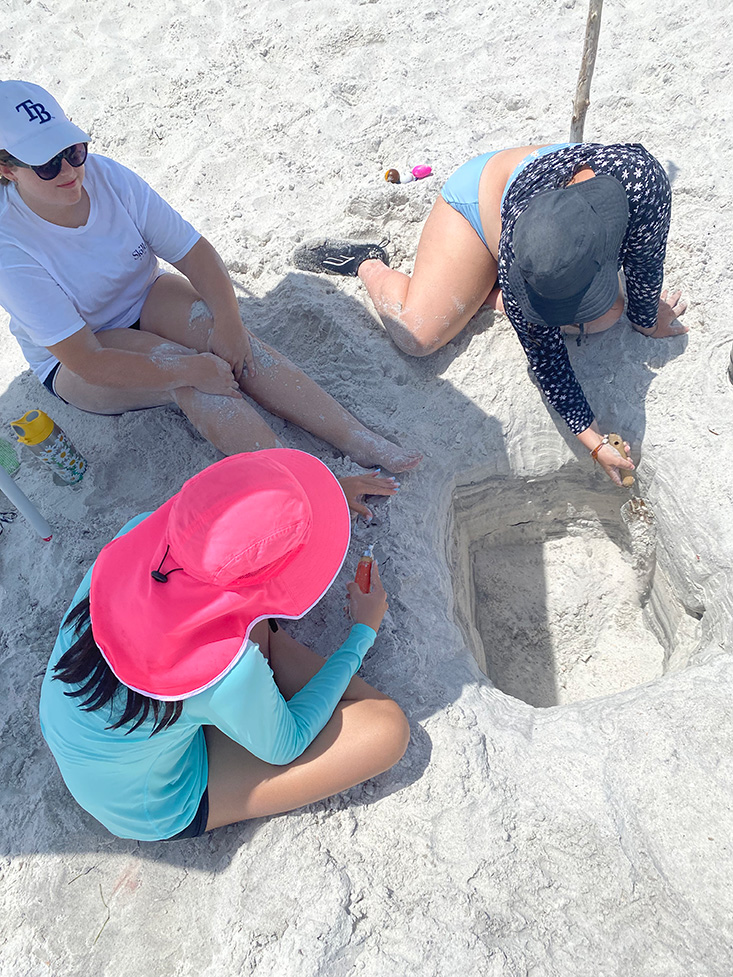 The third rotation was all about waves, currents, and wind. The campers learned how wave height is dependent on wind speed, wind duration, and fetch, the distance that the wind blows over the water. Then they measured wave height at different distances from the edge of the water. The girls then tested the speed and direction of the longshore current, which flows parallel to the shore, by releasing an environmentally friendly fluorescent green dye into the water and timing how long it took for the dye to travel a set distance.

At the final station, the campers collected elevation measurements along a transect running from the back dune into the water using a surveyor’s transit and stadia rod to make a beach profile, a cross-section of the beach perpendicular to the shore. They also collected sediment samples at set distances along the transect to analyze how the sediment changes at different points along the beach. A beach profile has been created every year of OCG, allowing the campers to see how the elevation and shape of the barrier island change over time.