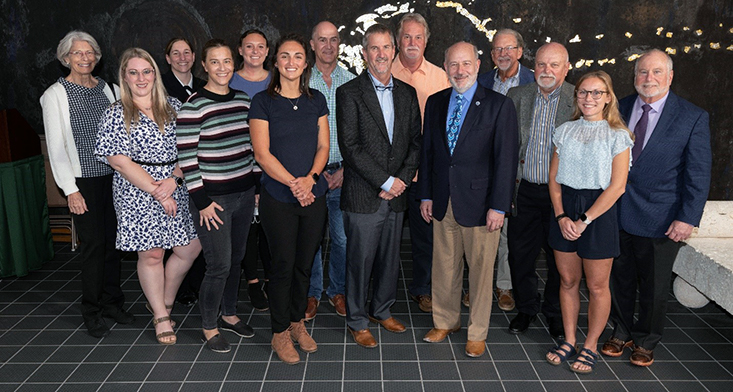 On March 2nd a group from the USF College of Marine Science (USF CMS) led by dean Tom Frazer welcomed the Honorable Dr. Richard “Rick” Spinrad, the Under Secretary of Commerce for Oceans & Atmosphere and the 11th NOAA Administrator, to St. Petersburg for a short visit.

“Our time was short but incredibly worthwhile and inspiring,” said Frazer.

After a 30-minute conversation with a few faculty and students to discuss coastal resiliency and the ways science can help inform policy – key priorities for NOAA, the state of Florida, and the USF CMS – Dr. Spinrad attended a ribbon-cutting event held at the new Maritime & Defense Technology Hub. 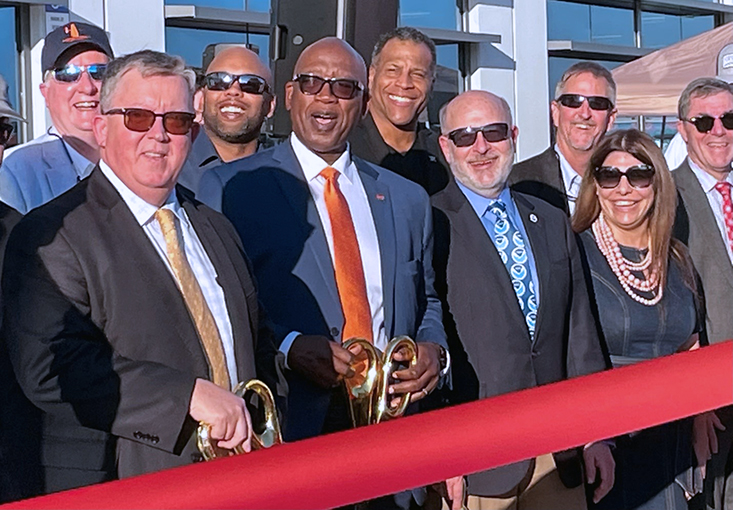 The “Hub” occupies the former SRI building on the peninsula adjacent to the USF CMS. Managed by the St. Petersburg Innovation District, it is now home for more than 15 businesses and groups – and will be the home for the Florida Flood Hub for Applied Research and Innovation, for which the USF CMS is home base. It is billed as joining a triple helix of innovation: industry, government and academia. Speakers at the ribbon-cutting gave all due credit and kudos to Alison Barlow, executive director of the Innovation District, who is responsible for turning the Hub from idea into reality.

Frazer said the Hub provides a tremendous landscape of opportunity for innovative and collaborative partnerships. It aligns well with the developments on the USF St. Petersburg campus, such as the new Interdisciplinary Center of Excellence in Environmental and Oceanographic Sciences.

“This is an awesome time to be in St. Pete,” said Frazer. “We have a unique opportunity to be on the leading edge of innovation in the marine and environmental science and technology.” 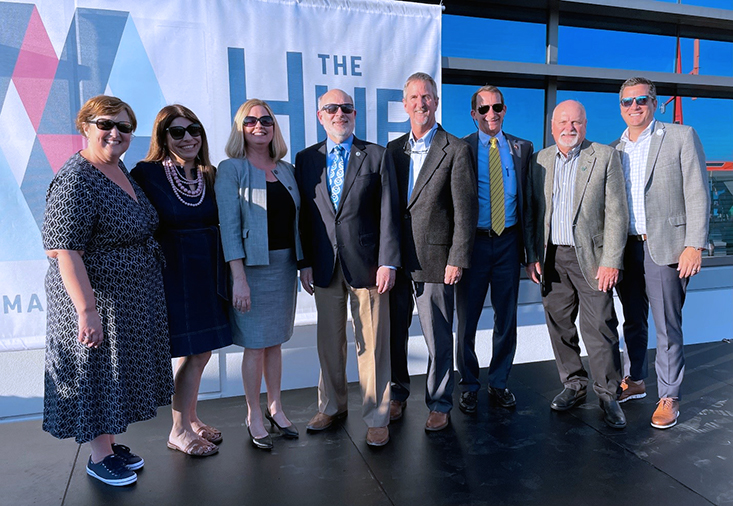 Dr. Spinrad, who was introduced at the event by dean Frazer, said the new blue economy, of which the Hub is an example, is worth $100 billion. Spinrad recently co-edited a book with Liesl Hotaling called “Preparing a Workforce for the New Blue Economy.” His support for the Hub rang clear when he stated, “The connective tissue [between the tenants] is like nothing I have ever seen before. I can’t say that strongly enough.”

His enthusiasm was met by several others speaking at the event including City Council Chair Gina Driscoll, who said, “It’s hot and it’s happening here at the Hub!”

Dr. Spinrad was in Florida primarily for the launch the Geostationary Operational Environmental Satellite (GOES)-T advanced weather satellite on March 1st on the east coast.  The GOES-T is one of a constellation of satellites operated by NOAA and NASA that provides continuous weather observations of the United States and surrounding areas.

“We’re so glad it worked out for Dr. Spinrad to pay us a visit,” said Frazer. “We welcome him back any time.”