A ship approaches a rogue wave, estimated to be 18.3 meters (60 feet) off Charleston, South Carolina. Rogue waves are unpredictable, dangerous, and huge - at least twice the height of surrounding waves. Photo courtesy of NOAA.

Rogue waves -- walls of water that emerge from an otherwise calm ocean to swallow and capsize ships -- have made their way into mariner’s tales for ages. Physical oceanographers were skeptical. Without sufficient data these types of waves were written off as physically improbable. The tall tales persisted until 1995, when the first rogue wave, a 25.6-meter monster (84 ft!), was recorded by sensors at the Draupner gas platform 100 miles south-west of Norway, that piqued the interest of oceanographers and confirmed the “white whale” of waves was real. 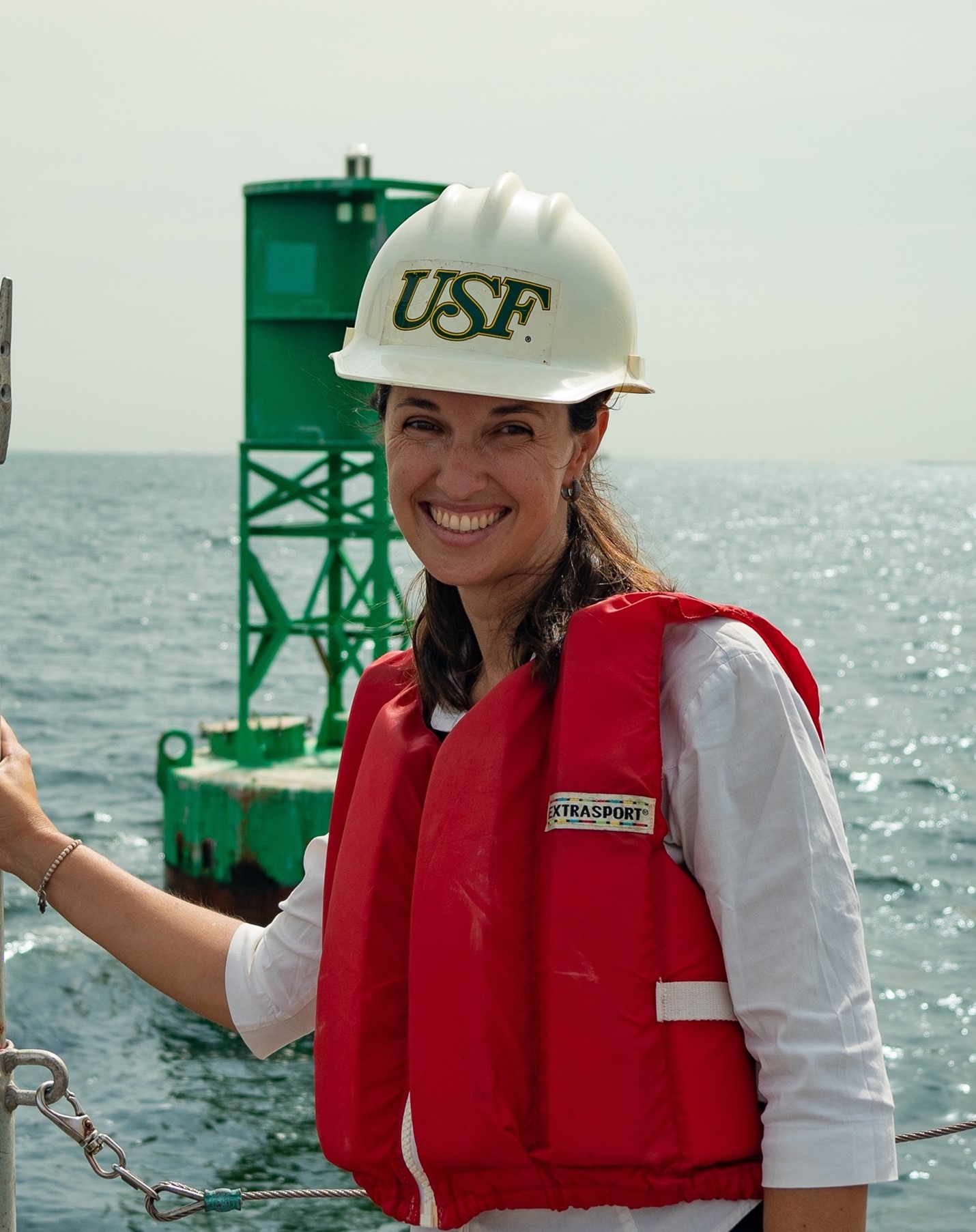 Laura Azevedo, PhD student at the College of Marine Science, participating in maintenance work in one of the Tampa Bay PORTS (Physical Oceanographic Real-Time System) buoy.

“It was surprising how common these waves are in Tampa Bay,” said Luther.

A rogue wave is relative and considered large in relation to its associated wave environment. It is specifically defined as a wave whose maximum height is twice as high as the average of the highest one-third of the waves over the course of a 30-minute measurement, said Azevedo. In other words, a wave twice the size of the surrounding waves.

These waves can occur all over, said Azevedo. “The word is random,” she said. “They can happen anywhere, and they do happen everywhere.”

They are not just related to storms, which cause instability in the surface layer of the oceans, she explained. Many different factors can be involved, such as cross currents, which can unpredictability catch ships off guard.

“Generally, ships can anticipate swells based on wind and steer to be in a better position, but rogue waves can come from a completely different direction than the prevailing wind pattern,” said Luther. Despite new efforts, using data from buoys and satellites around the world, measurements of these mysterious waves are still quite rare and there is still not a clear consensus on how they are formed, said Luther.

For the study, Azevedo collected four years (2015-2019) of data from a wave buoy located by the entrance to the Tampa Bay ship channel, about 10 miles offshore of Egmont Key. That’s 72,646 waves of information. Of those, 7,000 met the criteria to be considered above the median values, and 32 exceeded four meters in height.

A time series from buoy data that demonstrates wave heights above and below sea level (heave, m) and captures the extreme heave of a rogue wave (highlighted in red box).

“At this height waves can pose a significant danger to boaters, both commercial and recreational boats,” said Azevedo. “That’s 32 waves in four years with the potential to cause serious damage.”

The largest wave recorded during the study was 8.46 meters -- a whopping 27 feet, which in the typically calm Gulf of Mexico could spell a disaster for smaller vessels.

“If we had a better idea of what causes these waves, we could see these data points and give more advanced warning to people on the water,” said Azevedo.

The buoy from which the data were sourced is in a high boat traffic area where harbor pilots get on and off ships entering Tampa Bay’s ports. This is a delicate process, where smaller boats sidle up to the flank of 600- to 1200-foot vessels and pilots board on the water. This procedure could easily be disrupted by a larger-than-normal wave, which is why this area was chosen for this study, said Luther.

The study used a variety of parameters to explore what cause these waves, such as wind, surface currents, satellite synthetic-aperture radar (SAR), vessel traffic data, and the shape of the seafloor. Despite the wide range of data, there was still no defining feature that was a significant predictor of rogue waves, said Luther.

Azevedo does have a plan though, which she believes will provide a better system of examining these waves: collecting raw, real-time data for maximum wave height. Most buoys do not record this parameter in real time, she said, but the challenge can be fixed by a simple parameter setting.

“This would help us to see those largest waves as they happen, not only when we swap out a buoy two years later,” she said.

Azevedo did stress, that even though she has found maximum wave height to be a strong indicator of rogue waves, it is still a “warning, not a prediction method.” 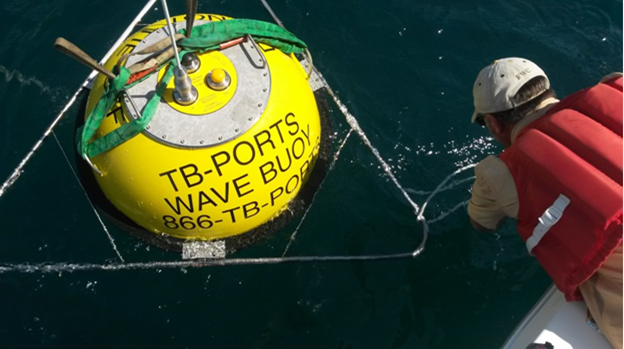 The future direction of rogue wave research lies in enhanced technology, said Luther. There are already a few buoys that collect the data necessary to examine rogue waves, such as the Coastal Data Information Program (CDIP) buoys deployed by Scripps and maintained by USF. These collect raw surface elevation data needed to calculate maximum wave height, and therefore rogue waves.

“With more of these buoys, we will have more real time data that can help us understand rogue waves and hopefully keep people safe,” she said.