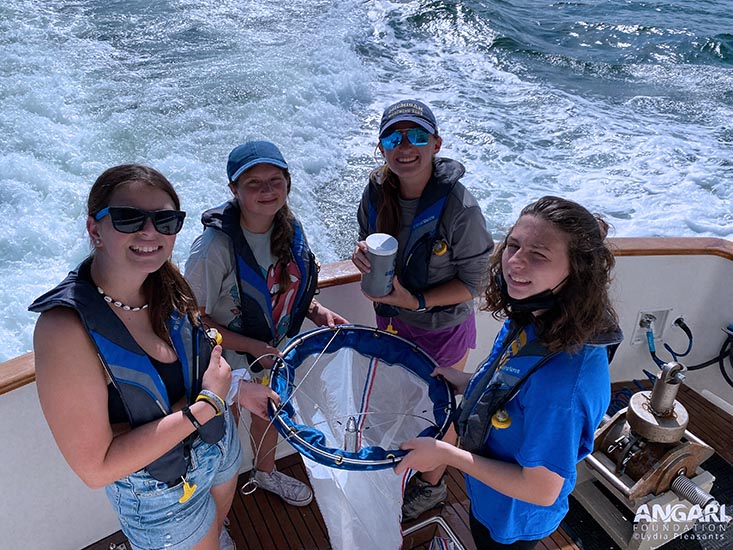 The camper’s arrived to the CMS docks bright and early at 6:45 AM to board the R/V Angari for a research cruise during the first week of camp!

The cruise stopped at three stations inside and outside of the Tampa Bay where the campers were split into three rotation groups: Niskin bottle/sediments, nutrients, and environmentals. 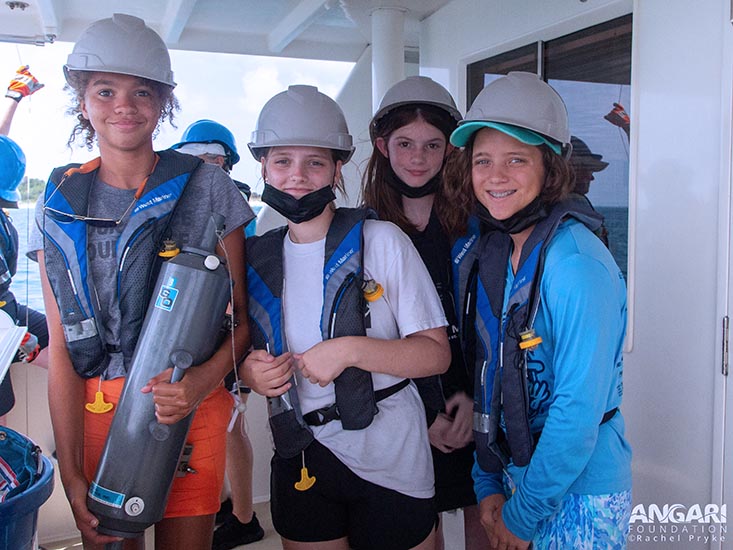 The Niskin bottle and sediments crew were tasked with collecting samples for us to characterize our stations. They worked alongside scientists and the Angari crew to use a crane to deploy the Niskin bottle to obtain a surface and bottom water sample for the nutrients team to analyze. They also deployed a Shipek Grab to collect a sample of the bottom to characterize the sediments.

The nutrients team utilized the water samples from the Niskin bottle to analyze the chemical properties of the water. The girls worked inside the boat in the lab to measure nitrate, phosphate, dissolved oxygen, carbon dioxide, alkalinity, and pH for both the surface water sample and the bottom water sample.

The environmentals team moved around the entire boat taking quantitative and qualitative data about the station conditions including things like weather, sea state, wind speed and direction, and temperature. They also deployed a Secchi disk to measure water visibility, and a YSI probe to measure dissolved oxygen, salinity, and temperature.

We had a lovely voyage thanks to all the campers, OCG staff, the Angari crew, FIO, FWC, and Dr. Chris Stallings for loaning us his otter trawl! 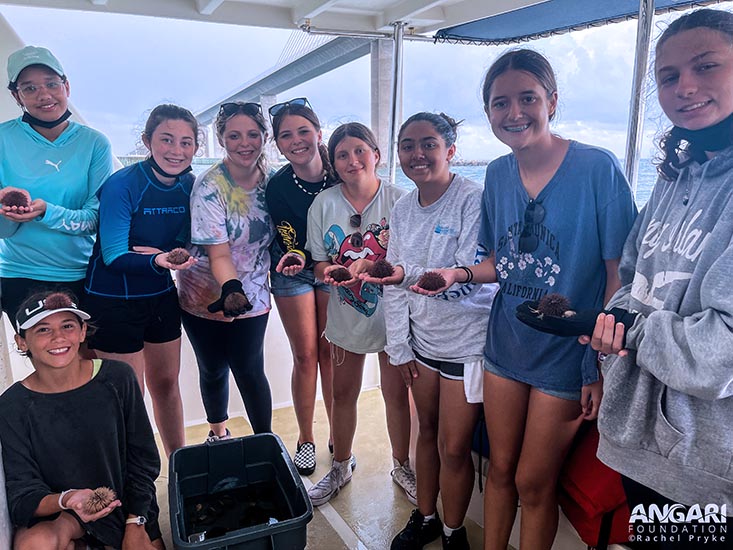