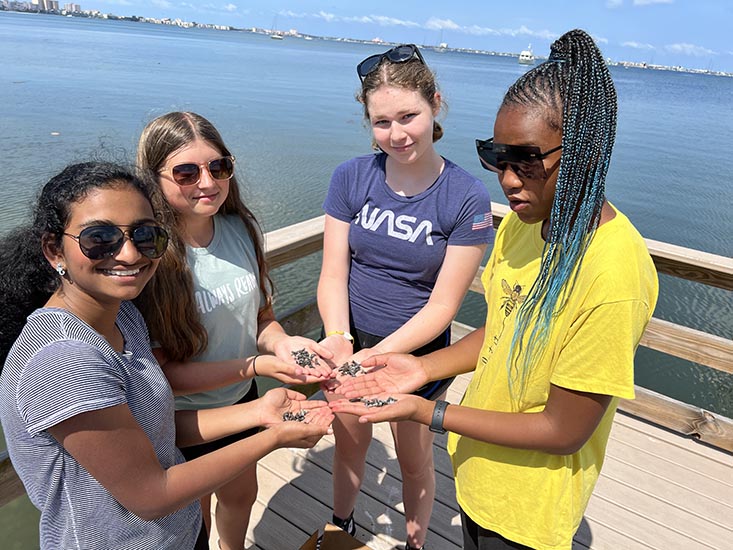 These campers totally needed a bigger boat.. Sharks were on deck at OCG! Campers got to work through the process of identifying and tagging a shark and tracking its movement through Google Earth. I built and facilitated this lab to be a Sharks 101 course where the students could learn about the basics of shark biology and history and then discover how scientists learn more about sharks in the field. 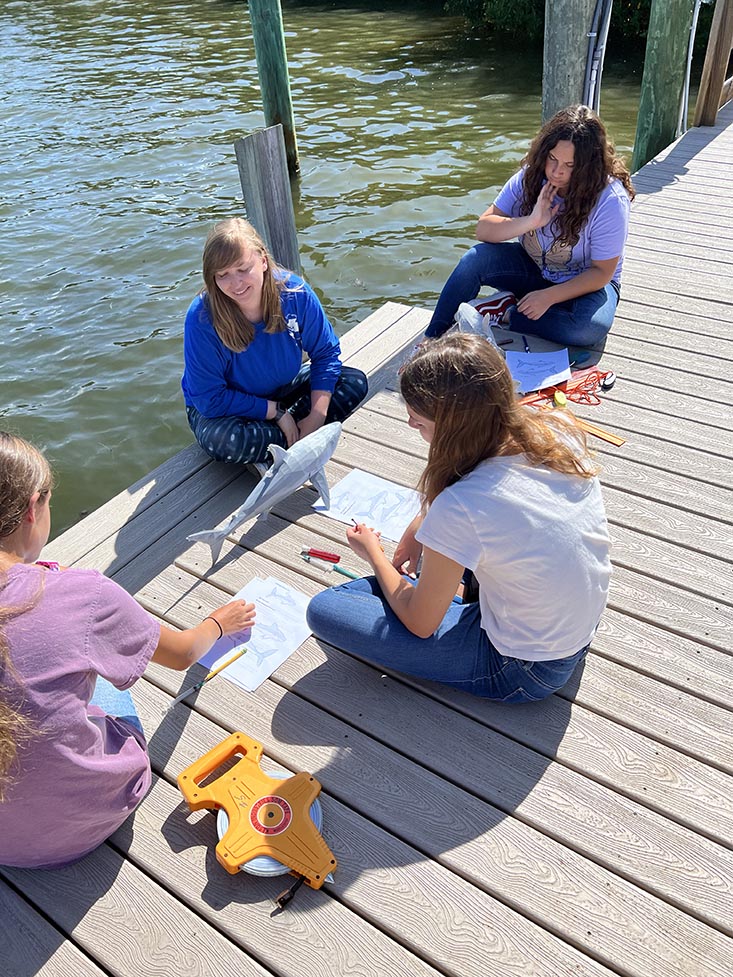 Day one of the lab consisted of an exploration of a typical shark. Campers learned about local sharks in the Tampa Bay area, internal and external anatomy, and even some history and pop culture references involving sharks. They got to explore some fossilized teeth and identify which shark it came from and how the tooth might have been used and look at a real life shark jaw!

After our 101 course the campers went out and tagged model sharks! The process was based on the Ocearch shark tagging process and had the campers look at weights, lengths and widths, scars and markings, sex, and even take a blood and tissue sample and tag the shark! The girls went through and recorded all the data themselves in pairs and used that data later to make decisions about the shark and its daily activities. These data points would also be used later to identify our shark and to look at some of the results that come from blood sample analysis.

On day two of lab the campers took the data from the shark tag and inputted it into Google Earth to show the track that the shark took during its time with the tag recording. The girls observed the data and determined what might be the best place to look at potential nursery grounds for the shark. The raw data from the shark tag was then inputted into Excel to graph dissolved oxygen vs. depth, temperature vs. depth, and temperature vs. dissolved oxygen. The girls made these graphs and then made inferences on what happens to each variable at different depths of the ocean and how it might affect where the shark goes and how it lives. These graphs and maps were then exported and used later in their final presentation.

The girls had a great time learning all about sharks and how they live, move, and survive in the great open ocean! From the teeniest little dwarf lantern shark to the great big whale shark we talked about how diverse and unique sharks can be. I am so glad to have seen some of these girls grow from being a little afraid or unsure about sharks to having a new found love and appreciation for how amazing they are.