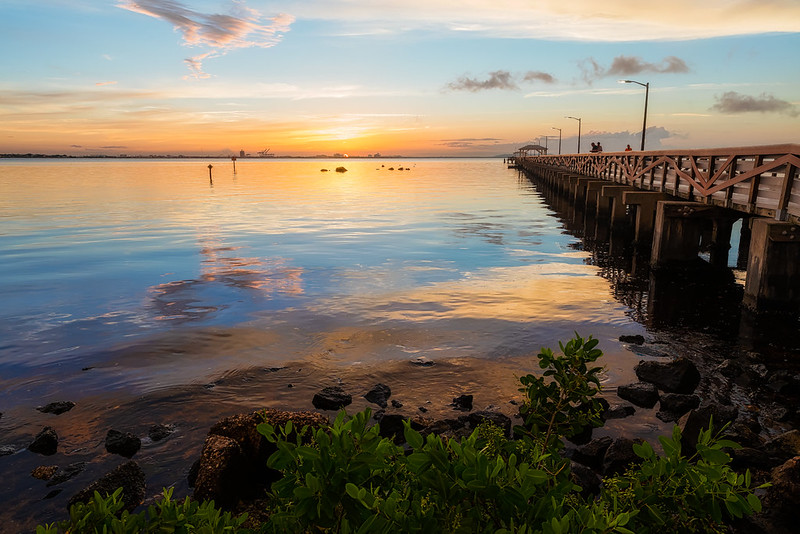 For the first time, a team led by the USF College of Marine Science (USF CMS) assessed the distribution and concentration of per- and polyfluoroalkyl substances (PFAS), or “forever chemicals,” in sediments and fishes in Tampa Bay. These initial results, reported in Frontiers in Marine Science, suggest cause for concern. 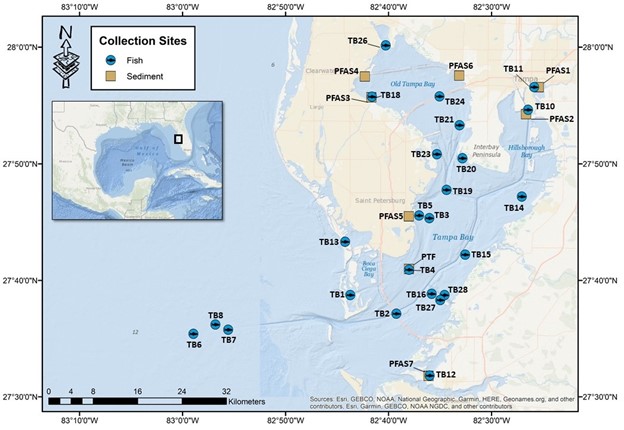 “We’re not surprised that we found PFAS in Tampa Bay. They’ve likely been accumulating in the Bay for a long time, and we’re likely to find them every time we look,” said Steve Murawski, a fisheries expert and professor at the USF CMS who holds the St. Petersburg Downtown Partnership Peter R. Betzer Endowed Chair. “This is a first-order, baseline survey that we hope serves as a guide-post for future work.” 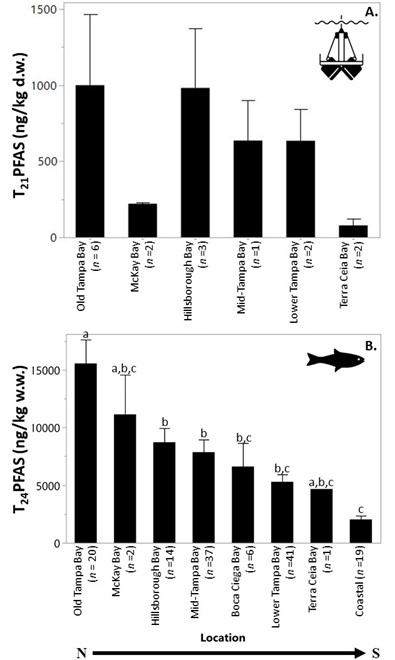 Total mean PFAS concentrations in sediment (A) and fish (B) collected in Tampa Bay. Segments are ordered from north to south.

PFAS compounds have been detected globally in all parts of the environment – air, water, soil, wildlife, food items, and people. More than 9,000 PFAS-related chemical derivatives have been identified.

Known for decades to be toxic to animals and humans, PFAS chemicals have been phased out of manufacturing in the US and Europe, but they remain a stubborn and pervasive challenge. They are called “forever chemicals” because they resist breakdown in the environment. PFAS have been used in several industrial and consumer products, including fire-fighting foams, non-stick and stain-resistant coatings (e.g., pans, carpets, clothing), and fast-food packaging – and they end up in wastewater treatment facilities, too.

In total, the team, which included scientists from USF, the US Geological Survey, and the Environmental Protection Commission of Hillsborough County, analyzed sediments from 17 locations, and fishes from 24 locations, throughout Tampa Bay. They collected the samples in 2020 and 2021, and focused the chemical analyses on 25 of the known 4000 PFAS compounds, including one of the most common -- called perfluorooctanesulfonic acid, or PFOS.

PFAS have been linked to several human health impacts, from cancers to reproductive impairment. But national public health guidelines pertaining to PFAS do not yet exist – nor do they exist in Florida. This study, led by Erin Pulster, took another first step in outlining potential implications for human health related to fish consumption using guidelines issued in the state of Michigan. 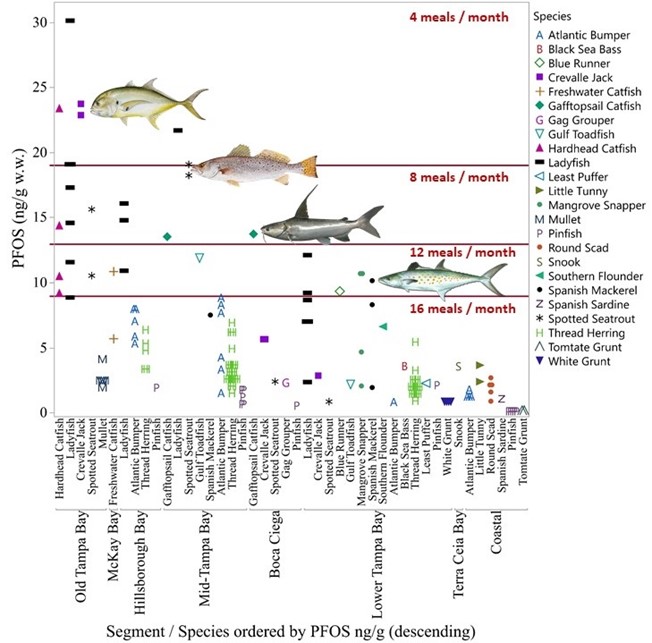 Measured levels of PFOS (ng g-1 w.w.) in the edible muscle tissues of various species of fish collected in Tampa Bay. Red horizontal lines are the consumption advisories issued in the State of Michigan.

Pulster, formerly a scientist at USF (when these studies were performed), is now a research biologist at the USGS Columbia Environmental Research Center in Missouri. She performed the chemical analyses on the edible portions of the fish for the current study -- and optimized and validated a relatively new method  to do so.

“Based on these results, we know we need more studies on fish that people routinely eat, for example,” said Pulster.  “Health risks may be elevated for people who consume three or more meals per week consisting of fish from Old Tampa Bay.” 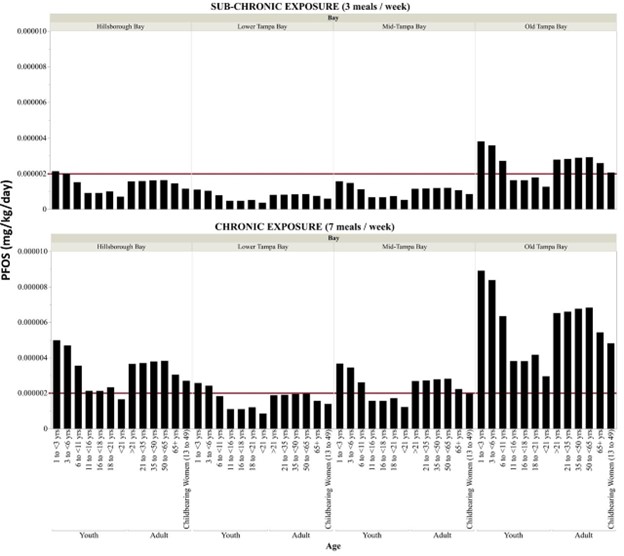 This might be especially of concern for community members who rely on fish they catch in Tampa Bay for food. Pulster found several PFAS substances in mullet, for example, and cooking methods, such as smoking, does not degrade the feisty PFAS chemicals.

In addition, PFAS accumulate or amplify as you move up the food chain, which is why the predatory fishes had the highest levels.

“We now have a few conclusions about where PFAS are most problematic in Tampa Bay, but this isn’t a one-and-done study,” said Pulster. The team has proposed to do a more in-depth study of the fish people are known to eat, and will include additional species -- from sharks to birds -- to better understand how the chemicals accumulate in the food web and to get more precise and actionable information about whether the PFAS levels vary by season, location, and other factors.

This study was funded by the Tampa Bay Environmental Restoration Fund (TBERF) and the USF College of Marine Science.