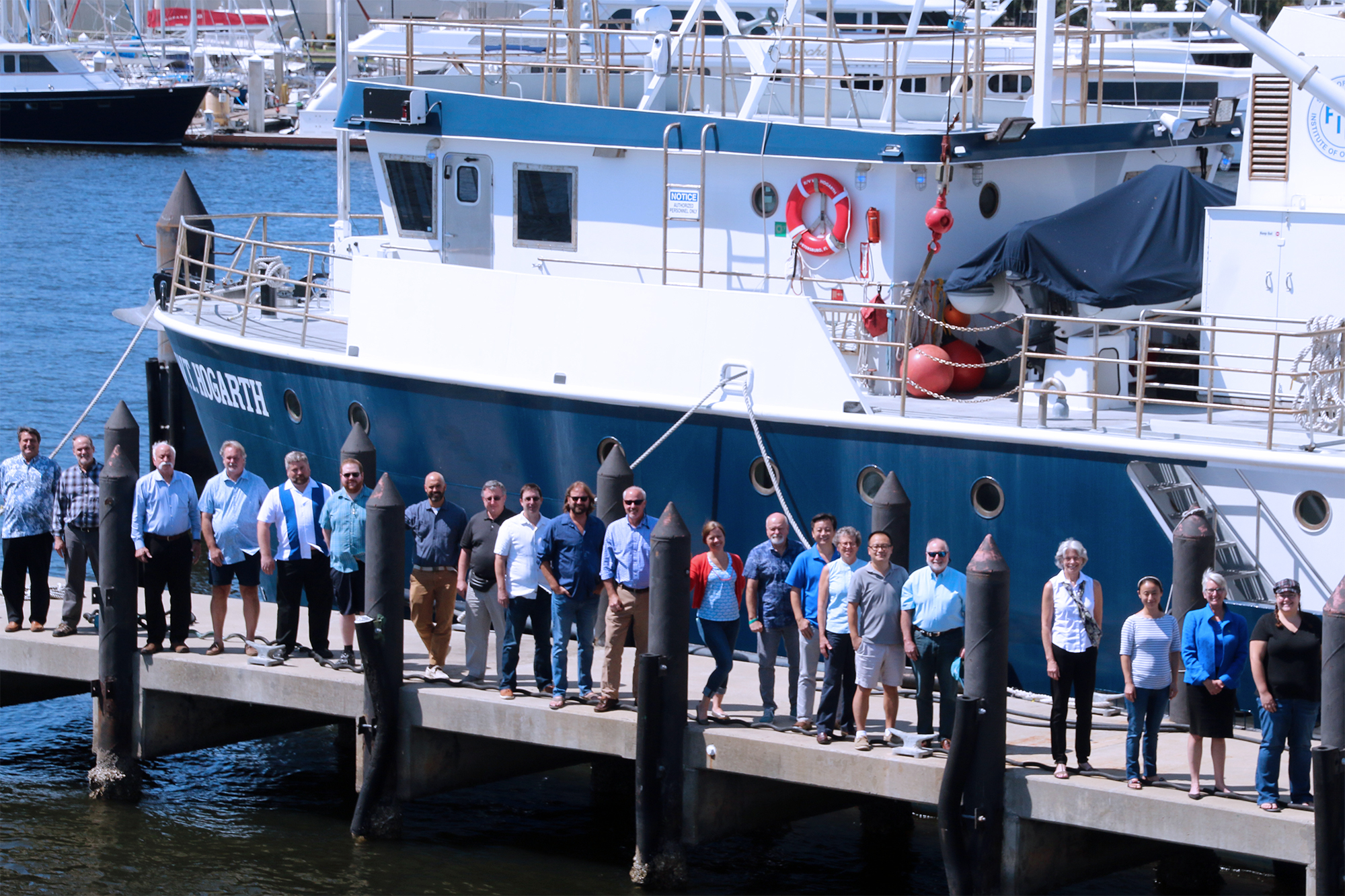 Oceanography, the study of all aspects of the oceans, is a very complex discipline, and many terms have been applied to describe its components. Marine Science is considered a synonym for Oceanography, and so our college is called the USF College of Marine Science, or CMS.

The fundamental concepts of Oceanography have been divided into four groups that, taken together, apply to or cover all of the major processes within the oceans. Not surprisingly, the four groups are aligned with four major academic sciences: physics, chemistry, biology, and geology.

Biological Oceanography, sometimes called Marine Biology, is the study of everything in the sea that has characteristics of life, from viruses to whales. It considers the nature of their interactions, often referred to as marine food webs, and the exterior physical or chemical influences on those interactions. Virtually all of the established aspects of biology, such as ecology and molecular biology, are applied in some fashion to the study of biological oceanography, and some of the most interesting and critical biological questions are in fact marine. The ocean is by far the largest ecosystem on the planet.

Chemical Oceanography, sometimes called Marine Chemistry, considers all of the dissolved and particulate components in the ocean that might become involved in chemical reactions, both biologically influenced and biologically independent, on virtually all time scales from nanoseconds to millions of years. Some of these components are: inorganic ions like magnesium or chloride that exist in high concentrations, minor or trace substances like nitrate or iron that are quite reactive on short time scales, various particles like biological organic debris or minerals, dissolved atmospheric gases like oxygen or carbon dioxide, and stable and radioactive isotopes like carbon-13 or tritium that provide time clocks for or details of chemical processes.

Geological Oceanography, sometimes called Marine Geology, covers a vast range of time and space scales since it considers processes that occur in minutes over millimeter-scale distances as well as processes that effect entire ocean basins and continents over time spans of millions of years. Its focus is more on the lower boundary of the ocean, the sea floor, than ocean water per se, but processes in the water like the growth of organisms that make shells have considerable impact on the geology of the sea floor. The use of stable and radioactive isotopes has been especially beneficial in sorting out geological history and processes, but conventional sedimentology is a mainstay of the study of the materials that pile up on the sea floor.

Physical Oceanography emphasizes the circulation of ocean water at all depths and all time-and-space scales. It is concerned with the distribution of the Sun’s heat, the effects of prevailing and occasional winds, the impact of tides, and frictional and other interactions at the ocean’s boundaries. Ocean-atmosphere interaction and dynamics also play a major role in the study of ocean physics, and theoretical principles of fluid dynamics are readily transformed to the study of the ocean, the most massive accumulation of fluid on the Earth’s surface.