OCG in the Field: Shell Key 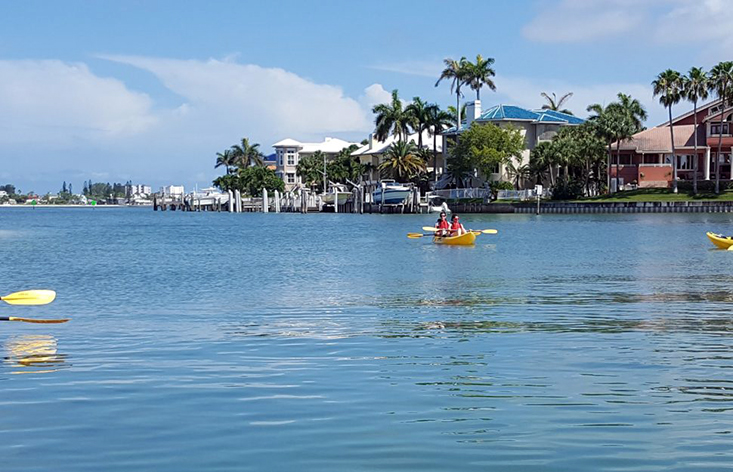 The Shell Key Field Trip began at the Clam Bayou Education Center where Science Mentors gave the campers a brief lesson in Gastropod and Bivalve anatomy. The girls learned about the creatures that live inside of the shells and how to differentiate the types of Molluscs found on Shell Key. 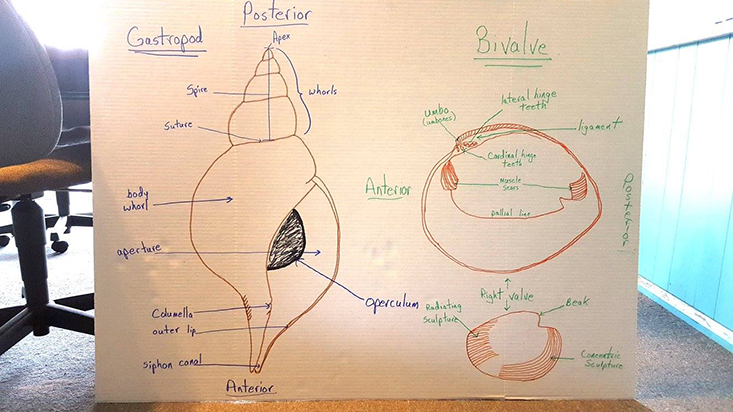 Learning about gastropod and bivalve anatomy

After their lesson, the campers headed out to the kayak launch site where the girls were responsible for unloading and preparing the kayaks to paddle to Shell Key. All the girls were great paddlers and reached the beach safely and quickly!

Shell Key is an undeveloped, sandy key that is home to many marine birds. The campers were even lucky enough to see a sea turtle nest along the shore! Shell Key gets its name for the many shells that accumulate along the waters edge, making it a perfect place to learn about marine invertebrates!

After playing “Your Shell My Shell” (a game where each girl picks a shell and uses their sense of touch to find it among the other girls’ shells with their eyes closed), campers broke into small groups and wandered down the beach identifying shells, describing their morphology and quantifying what was found.

Each girl then picked a shell that they particularly liked, and they learned interesting facts about their shell with the guidebooks on hand. Each girl presented their shell to the other girls during our “Shell Museum”.

Finally, the campers used their artistic skills to do a watercolor painting exercise that depicted what they saw at Shell Key. The girls absolutely loved the opportunity to mix art and science with a fun day outdoors at Shell Key!