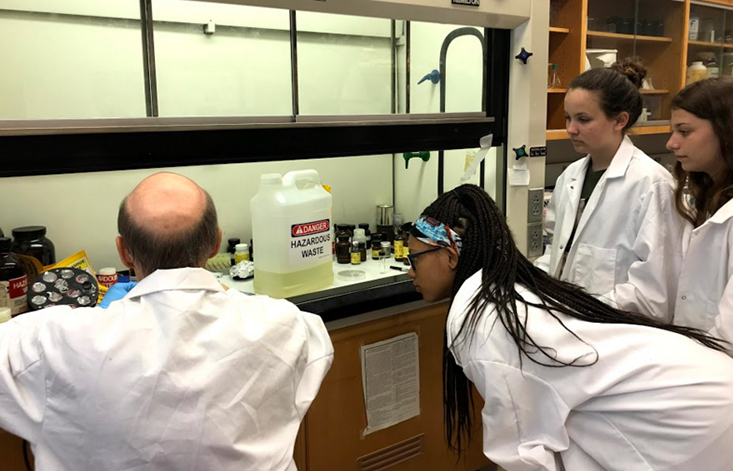 When you ask most people what lives in they ocean they almost always name sea creatures that as visible to the eye such as sharks, whales and dolphins and forget about microscopic organisms that vastly out number them. One ml. of seawater contains approximately 10 million viruses and 1 million bacteria. The objective of this lab was to explore the Ocean Microcosm using the Transmission (TEM) and Scanning Electron microscopes (SEM) and record images of some these marine microbes.

Day 1
After a brief introductory power point presentation, the campers collected seawater by lowering  a small plastic beaker with a string attached  off the seawall outside of KRC and scoping up about 100 ml and returning it to the lab. The girl’s each took turns running the water through a filtering device using a hand pump onto a small filter pad which was then dried and mounted onto an aluminum stub with adhesive. They also sprinkled some Japanese beach sand onto an aluminum stub. This sand has abundant foraminifera which are small protozoans that secrete a calcite shell. The girls also collected some specimens of their own choice around campus such as leaves, flowers and ants which were prepared as before. All of these samples were placed in a device called a sputter coater which deposits a thin layer of gold/palladium alloy on the sample surface so that it can be imaged in the SEM. The girls then took some viruses that had been purified and concentrated and placed a small drop onto a tiny copper grid which then was allowed to dry. They also received a lesson in how to cut tissue sections for the TEM. 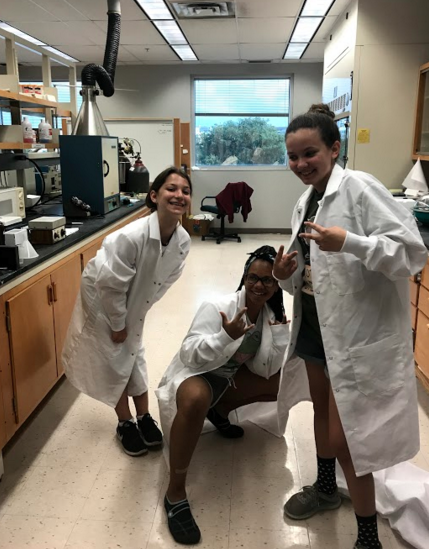 Day 2
All the girls were able to examine and record images of their samples on the microscopes. First up was the TEM which looks at the internal structure of cells or very thin whole organisms at high resolution and high magnification. Each of the campers took some impressive images of the viral samples at 30,000 magnification and then it was on to the SEM which observes the exterior of a sample. The SEM images included stunning pictures of leaves, flowers, bugs and the Japanese sand. All the campers seemed very enthusiastic about their results and developed a real appreciation for the role of these high powered instruments in marine research.