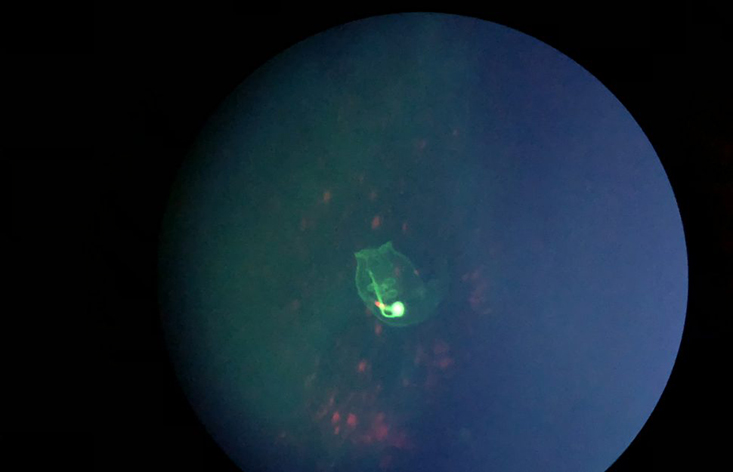 Ciona robusta (commonly referred to as a ‘sea squirt’)

This blog was contributed by Lexi Creasy, OCG 2018 Science Mentor and recent graduate of the USF College of Marine Science.

The girls of OCG spent two half days with the Dishaw Lab at USFSP identifying and exploring characteristics of microbes from a marine organism. The model organism we used is a simple marine invertebrate, Ciona robusta (commonly referred to as a ‘sea squirt’), which is known to associate with a diverse set of defined microbes referred to as its ‘microbiome.’ The objective of our lab investigated how symbiotic microbes interact with each other and how they interact with the animal that they live within, referred to as its host. In our time together, the girls learned and acquired some hands-on experiences with basic but important laboratory methods commonly used in microbial ecology and molecular biology.

The girls performed experiments that helped describe ecological (how they behave, how they live) and molecular biological (studies concerning their DNA) principles that define an unknown bacterium isolated from our sea squirt model. The girls learned about viruses that infect bacteria, called bacteriophage (or ‘phage’), and how phage are able to infect a specific bacterial strain and lyse (kill) the bacterial host. The girls visualized this process in 2 ways.

First, they worked with a plaque assay to grow bacteria and phage together on a petri dish and looked for areas where the phage lyse the bacteria. These plaques were then counted to see how effective our phage was at infecting and lysing the bacterial host.

We also performed a ‘Gram stain,’ which helped us to identify whether our “unknown” bacterium was a Gram positive or negative. Properties of a bacterium’s cell membrane will reflect evidence of this distinction. For example, Gram-positive bacteria often have a more rigid capsule that can withstand harsher environmental conditions. This harder capsule retains the stain rendering the bacteria a much darker bluish/purple color, whereas a Gram negative will not sequester the dye. After performing the staining procedure on the bacterial slides, the girls hovered their eyes over a microscope to deduce the Gram type of bacteria by assessing the coloration. 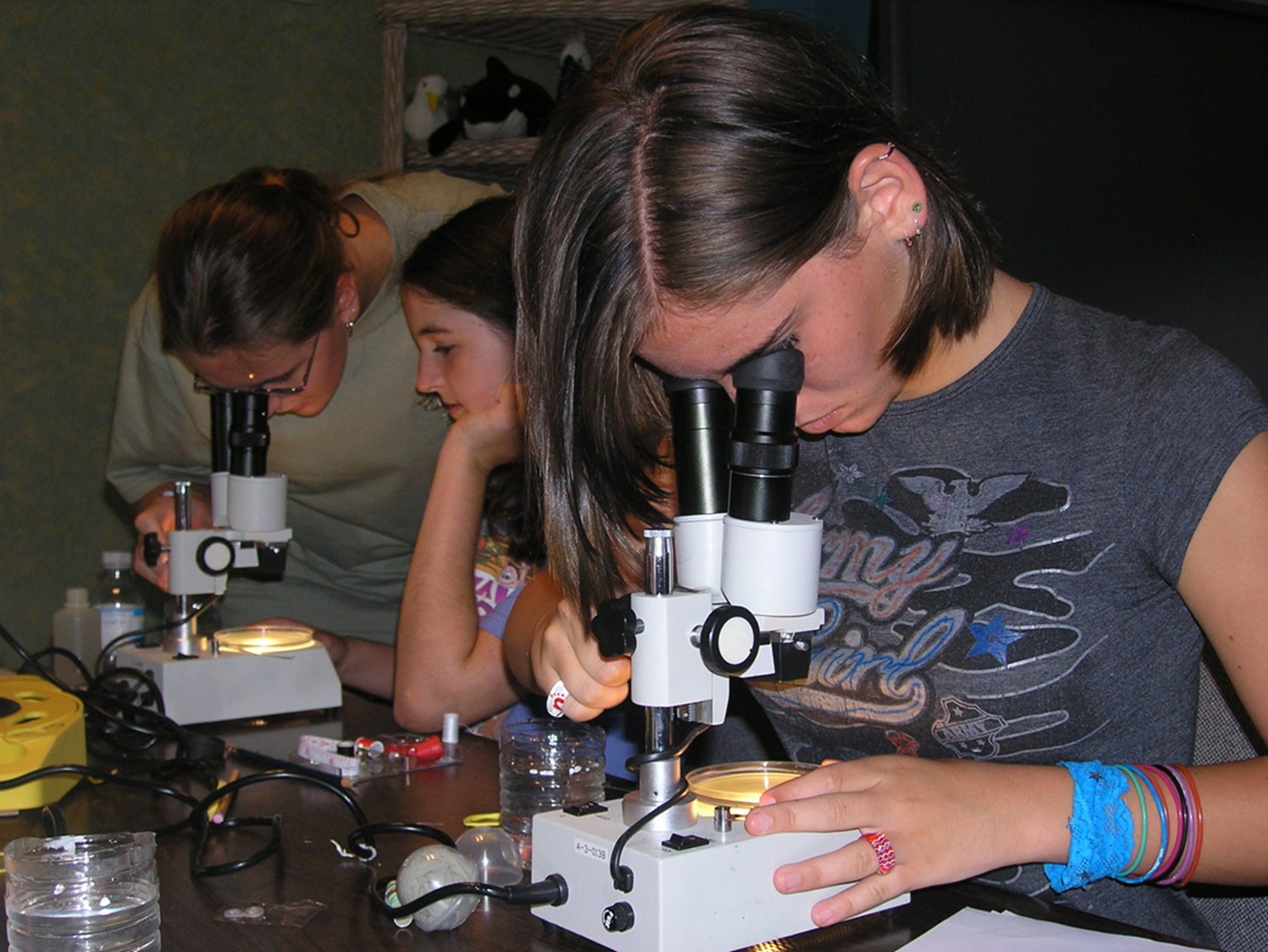 Lastly, the girls practiced “bacterial fingerprinting”. To do this, we employed a common lab technique called “polymerase chain reaction (PCR)” to amplify a gene from the bacteria. The amplified gene copies were then cut with special enzymes that recognize a specific target DNA sequence. After doing this, the DNA is run on a special gel that separates the “fragments” by size. Because each bacterial species will have a different number of cut sites found in different locations, this process generates a unique “fingerprint” for each bacterium type. This finger printing process, much like those seen on our favorite crime shows, helps us identify a type of bacteria and keep track of its origin and movement during a study.

Microbiology is a large and always growing field. We use microbiology and molecular biology to study human bodies, develop medicines, and discover processes in our oceans! Techniques and concepts the girls practiced during our lab widely-used and practical concepts they will certainly see again in their high school biology classes and maybe even beyond! There’s no doubt the girl’s had fun donning their lab gloves and safety goggles or working with the lab equipment and I couldn’t have been prouder to spend time with a other inspiring FEMs in STEM!