Going Out On a Limb for Mangroves 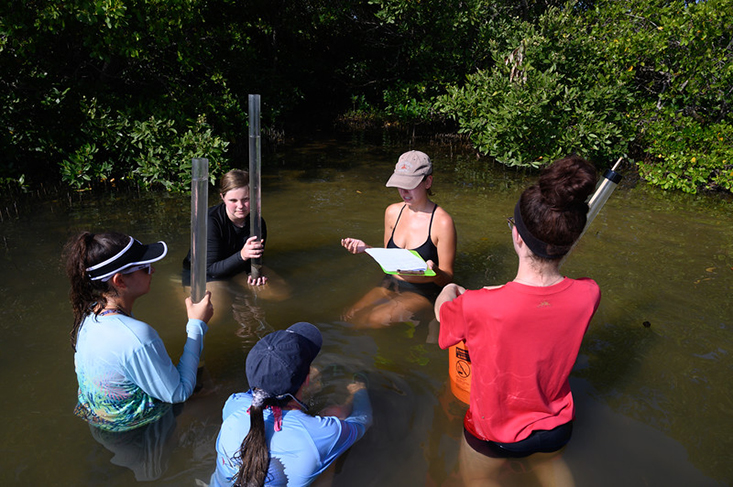 It was 9 o’clock in the morning and the sweat was already dripping off of our noses. I looked around at my campers and hoped to see a smiling face… of which there wasn’t any. They were hot, sweaty, and ready for the day to be over with, but I had a plan. I motioned for the girls to follow me into the estuary, and then I asked every girl to stand quietly and take in everything around them using their senses. Every smell. Every feeling. Every sight and every sound. As we stood in the squishy peat of the mangroves I saw the girls observing the fish that swam around their ankles and wrinkling their noses at the hydrogen sulfide smell lingering in the air. I asked each one what they were experiencing and how they felt about mangroves in general before starting the lesson. They talked about the soil and the fish they noticed, but overall they said they didn’t have any feelings towards mangroves at all.

Once I understood what they were thinking I knew I could easily get them to love mangroves as much as I did. I basically had to drag the girls through the murky waters of the estuary until we reached a black mangrove. I explained to them what type of mangrove we were staring at and how exactly we could identify it. I pointed out the pnuematophore roots, but my main focus was for them to understand the black mangrove’s leaves. I suggested that each girl grab a leaf and, using the last of their senses, lick the leaf. With looks of bewilderment they hesitantly stuck out their tongues and licked it!

“Oh!” “Yikes!” “Why?!” The girls exclaimed! They just had their first experience licking a salty mangrove leaf. 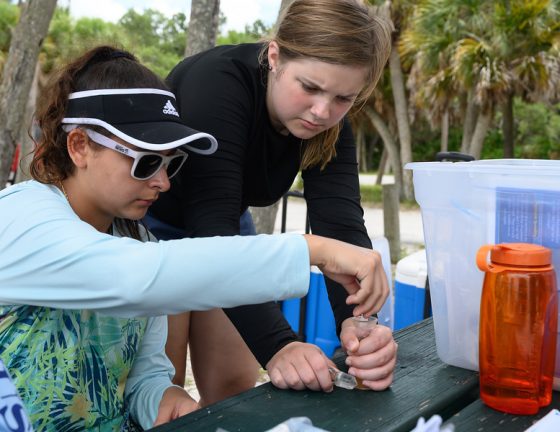 I told the campers that the black mangrove’s leaves were salty, because they lived in salt water and had to get rid of the salt in which they sat. I asked them what happens if a land plant had salt on it, and one camper answered “it’ll die”. So using what we already knew, I said “Well, wouldn’t make sense that mangroves wouldn’t want any salt either”? And that’s when the magic happened. They were immediately interested, and I knew they would hang on to my every word. As we went around to the different types of mangroves we discussed how to identify them, but also why they were ecologically important. Each mangrove cements themselves in the peat of the coastline slowing down water and protecting our coasts from erosion. One of the campers even said that she lived near some mangroves, and she knew people that didn’t like them. But before I could even explain to her the importance of the mangroves near her home she had put two and two together. Without the mangroves and their ability to stabilize sediments, her’s and her neighbor’s house probably wouldn’t be there anymore because of erosion and the hurricanes that come by. While I had only given facts about mangroves, these girls had already made a personal connection to them and knew their importance. So now, hopefully, they’ll go out on a limb for mangroves and make sure others know about their importance as well.