Roll with the Sea 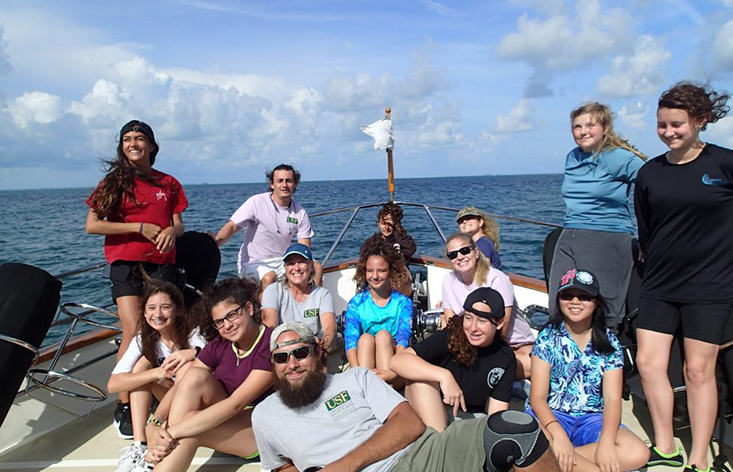 Collections Group led by Teresa collected water, sediment, and plankton samples for the other groups to examine.

One would assume that while sailing onboard a 65’ luxury yacht retrofitted for research that everything would be smooth sailing and a guaranteed good time, right? Well kind of. Good time, check. Smooth sailing? Eh not so much. Our Science Mentors and young oceanographers quickly found out that field research even aboard the R/V Angari doesn’t always go according to plan, especially when Mother Nature decides not to cooperate. But in the name of science we persevered the rough seas and windy weather like true oceanographers and accomplished what we set out to do.

We split into three groups at each of the location to do what I like to call “Divide and Conquer”. Working as one big team, the Collections Group led by Teresa collected water, sediment, and plankton samples for the other groups to examine. The water samples were handed off and analyzed by the Nutrient Group to determine what the major chemical players were inside and outside of Tampa Bay and why each were important. And last but not least I had the pleasure of leading the Environmental Group all three days this year, in which we collect both hydrological and atmospheric data to help explain why the other groups observed what they did. 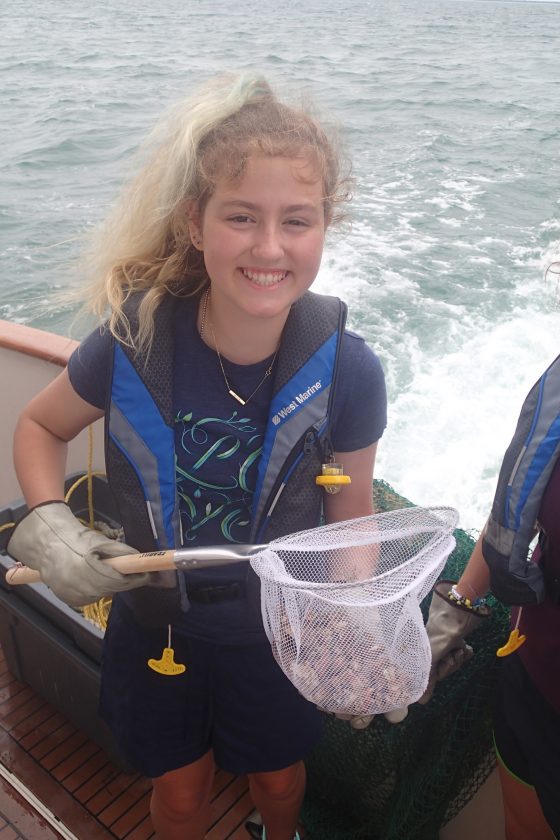 But being a Fish Guy it’s no secret why I always enjoy going out on Cruise: The Otter Trawl! Unfortunately, on Day 1 we had to tuck tail and abandon our trawling stations due to a rapidly increasing storm that followed us all the way back to port. However on Day 2 we were able to conduct two trawls, one inside and one outside of Tampa Bay. Even though our collected samples were lacking a bit in the fish department (perhaps they had also retreated from the approaching storms), we did manage to collect an impressive amount of invertebrates (or as I like to call them, fish food). From the hundreds of bivalves and countless urchins at the first station to a handful of very angry Purple Crabs and the approximately $20 worth of Sand Dollars at the second, “inverts” were by far our biggest catch.

Even though the fish were a little few and far between we did manage to collect a few of the Cruise Classics such as the Leopard Sea Robin, which is highly adapted to life on the sea floor (they have 6 modified fin spines which they use for “walking” on the bottom and a shovel shaped head for digging for food), and the Pigfish which is known for their croaking noises when agitated or scared. However the real showstoppers were the Lined Seahorse (because of its “cuteness”) and by far the biggest Tonguefish I’ve ever seen (part of the flatfish family, related to flounders).

Unfortunately we can’t control nor predict what the ever changing weather conditions will do while in the field. But with teamwork and flexibility, we adapted and overcame all the obstacles thrown at us. So despite our trials and tribulations at the mercy of the sea, I’m honored to have sailed another successful year of OCG Cruise with both our dedicated staff and young oceanographers. Sometimes in life you have to roll with the punches. In our case though we had no choice but to roll with the sea.