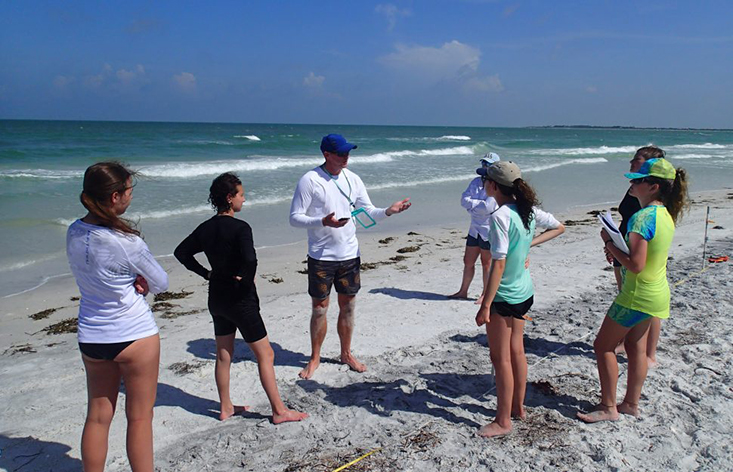 Caladesi Island – home to some of the most beautiful natural beaches in the country, according to our ferry captain. What he failed to mention is that Caladesi Island is moving beneath our feet!

We brought the campers to Caladesi not to enjoy the natural scenery (although that was a perk), but rather to learn about the dynamic nature of barrier islands.

In order to understand how barrier islands move, the campers needed to learn about the longshore current. The longshore current runs parallel to shore and is responsible for transporting sediment along the beach. This current along with winds and storms cause barrier islands to constantly change in shape and migrate across the landscape. Check out a Google Earth image of Caladesi Island in the 1980s – I bet it looks different than the island does today! 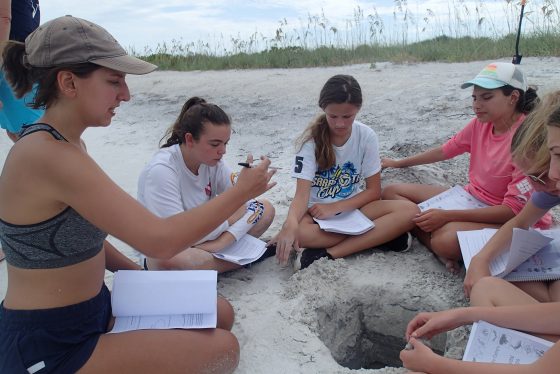 However, the longshore current isn’t the only important aspect of a barrier island. The campers learned about the challenges dune plants must overcome to survive on the beach and how they help to stabilize sediments. In previous years, campers took beach elevation profiles. We continued this tradition in order to measure how the beach face changes over time. In addition, we dug beneath the surface of the beach to identify storm deposits, in order to understand the history of sediment deposition on the island.

Overall, we had a fantastic day! The campers kept the seagulls at bay during lunch and even enjoyed a swim call. Hard to beat a classroom like Caladesi Island.