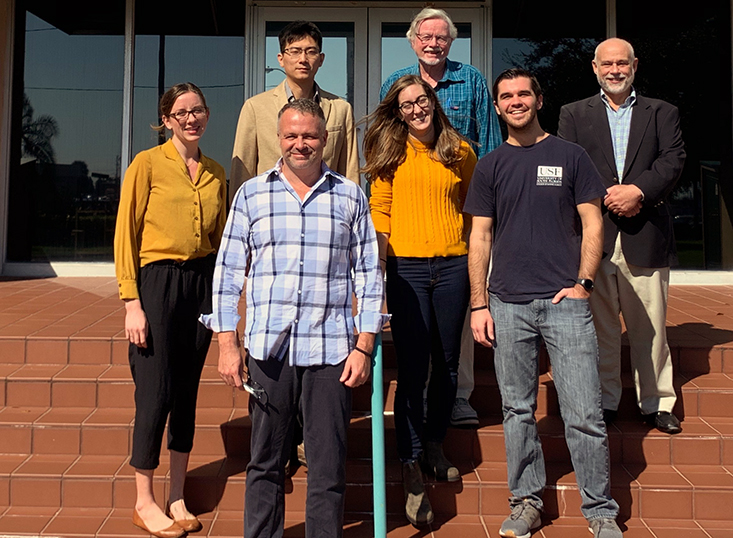 Written by Laurie Scott, Director of Development for USF CMS

ST. PETERSBURG, FL – Congratulations to the inaugural Von Rosenstiel Innovation Fund for Marine Science Award winners: Ryan Venturelli, Jonathan Sharp, and Jing Chen! All are Ph.D. candidates in the USF College of Marine Science. The competition, held for the first time on November 19th,  required each contestant to make a five minute presentation to a panel of three judges and an audience of current and emeritus faculty, student peers and staff in the college.

Second place went to Jing Chen for his project “Material Convergence for Tampa Bay and the Adjacent Gulf of Mexico.”

The Von Rosenstiel Innovation Fund for Marine Science award was established by Mrs. Anne Von Rosenstiel to enable talented graduate students to explore ideas they have developed that have the potential to advance the field of marine science.

We would especially like to thank Mrs. Anne Von Rosenstiel for her generous endowment, which makes these awards to our students possible, and Mr. Jim Aresty, Mr. Jason Mathis and Dr. Al Hine for serving as judges for the competition.  Thanks is also due to Dr. Gary Mitchum, who served as the emcee for the awards.

We look forward to next year’s competition!