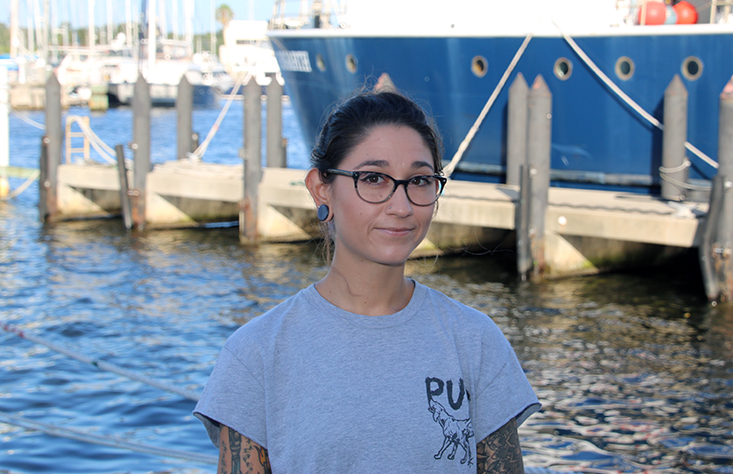 College of Marine Science PhD student, Jessica Caggiano, was recently awarded funding through the Future Investigators in NASA Earth and Space Science and Technology (FINESST) competition. The proposal written by Caggiano, who works with Professor Don Chambers, PhD, was one of 62 proposals selected out of a pool of 341 in the Earth Science category of the FINESST program. The award covers three years of Caggiano’s graduate stipend, tuition, travel, and publication fees.

"The FINESST program is highly regarded within the earth science community. Many past recipients are now working at NASA on various Earth satellite missions," said Chambers. "I suggested to Jessica that there was an aspect of the upcoming Surface Water Ocean Topography (SWOT) mission that had been neglected in simulations. She really took that nebulous idea and turned it into a concrete proposal!"

FINESST proposals must be graduate student-designed and performed research projects that align with NASA’s science, technology, and exploration goals. Caggiano’s proposal “Understanding Surface Wave Signals in SWOT Altimetry,” will focus on measuring sea surface height in the Southern Ocean using the new SWOT satellite that is set to launch in the next few years.

“SWOT will give us the ability to see rivers, lakes, and the ocean with 25 km2 resolution,” said Caggiano. “It’s the finest resolution we’ve ever had with this kind of data. It’s really exciting!”

Caggiano is the sixth College of Marine Science student to receive the FINESST award since 2012.