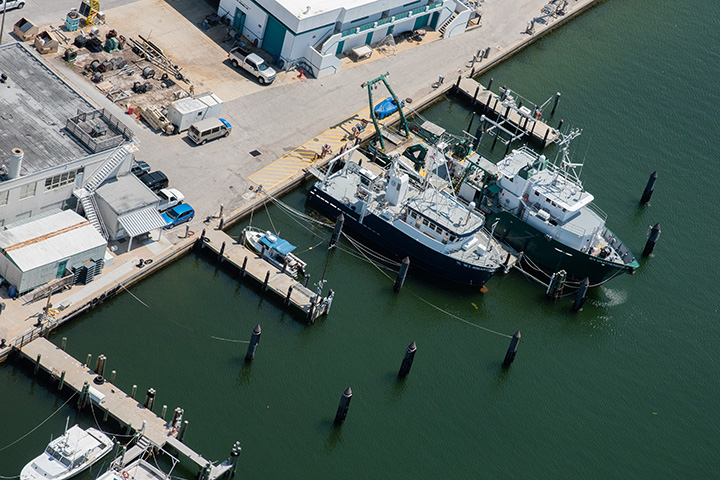 ST. PETERSBURG, Fla. (Nov. 2. 2020) – The University of South Florida announced today the appointment of William Montrose ("Monty") Graham as the new director of the Florida Institute of Oceanography (FIO). Hosted by USF, FIO serves as the state of Florida's hub of oceanographic research and coastal stewardship and as an education and research resource for schools across the State University System (SUS).

Graham's appointment follows a global search by a diverse committee of faculty and staff experts, led by the former dean of the USF College of Marine Science Jacqueline Dixon, and joined by members from other SUS institutions, as well as representatives from the National Oceanic and Atmospheric Administration and the Florida Fish and Wildlife Conservation Commission.

During more than two decades of academic and professional service to the University of Southern Mississippi and his previous institution, the University of South Alabama, Graham has been the department chair of Marine Science and the interim director of the Gulf Coast Research Laboratory, in addition to his 16 years as senior marine scientist at Dauphin Island Sea Lab in Alabama. He also served as an advisory board member for the National Academy of Science, Engineering, and Medicine's Gulf Research Program. He has recently served as interim associate vice president for Research, Coastal Operations, as board chair of the Consortium for Ocean Leadership, and as a member of the board of directors of the Ocean Exploration Trust. Throughout his career, Graham has authored or co-authored more than 85 peer-reviewed scientific articles, mostly in biological oceanography, focusing on jellyfish behavior and the effects of the Deepwater Horizon oil spill and the Gulf Coast region.

"Dr. Graham's many years of research and publication history are especially salient to the state of Florida, as 25 years of his work have been dedicated to understanding and protecting the Gulf of Mexico's ecosystems," USF Provost and Executive Vice President Ralph C. Wilcox said. "As the new director of the Florida Institute of Oceanography, Dr. Graham is well-positioned to provide the necessary vision and expertise to lead coastal oceanographic research in Florida."

With over 70% of Florida residents living within 50 miles of the shore, oceanographic research and coastal stewardship have been a special priority of the state legislature since 1967, designating FIO an official Academic Infrastructure Support Organization (AISO) in 2009. The state of Florida has allocated yearly funds to support FIO's critical mission.

"I am honored to join the talented and vibrant team of staff and scientists at the Florida Institute of Oceanography," Graham said. "I look forward to working with colleagues in the College of Marine Science at the University of South Florida, but also with students and colleagues across the state to understand and protect our coastal ecosystems."

About the Florida Institute of Oceanography

The Florida Institute of Oceanography is one of Florida’s Academic Infrastructure Support Organization (AISO) established by the Florida Board of Governors (BOG). FIO is a system resource hosted by the University of South Florida, and is homeported in St. Petersburg, to provide underlying technology and resources for academic programs statewide. FIO enables entities across academia, government, and the private sectors opportunities to collaborate and support excellence in marine science, technology, and education through infrastructure, programs, information, and people. FIO operates two sea-going research vessels, the R/V Hogarth and R/V Weatherbird II and operates the Keys Marine Laboratory in Layton, Florida.