ST. PETERSBURG, FL – Like oxygen, your brain stem, and love (for the romantics out there), The Floridan Aquifer falls into the category of things we can’t see but also cannot live without.

One of the largest and most productive aquifers in the nation, it provides drinking water for 10 million people in Florida, Georgia, and Alabama. It also feeds hundreds of crystal-clear springs, several that are home for beloved manatees in Florida’s chilly months and provide endless recreational fun for humans year-round – adding plenty of zeros behind the state’s revenue budget. It’s also no surprise to informed Floridians that this precious ecosystem sitting at least 1000 feet beneath their flip flops faces a slew of threats, from sea level rise to nutrient pollution from agriculture, urban development, and more. The degradation in the health of the aquifer is no stranger to the headlines.

“It really shocked us that this hasn’t been done before,” said senior study author Dr. Mya Breitbart, a professor at the USF College of Marine Science. 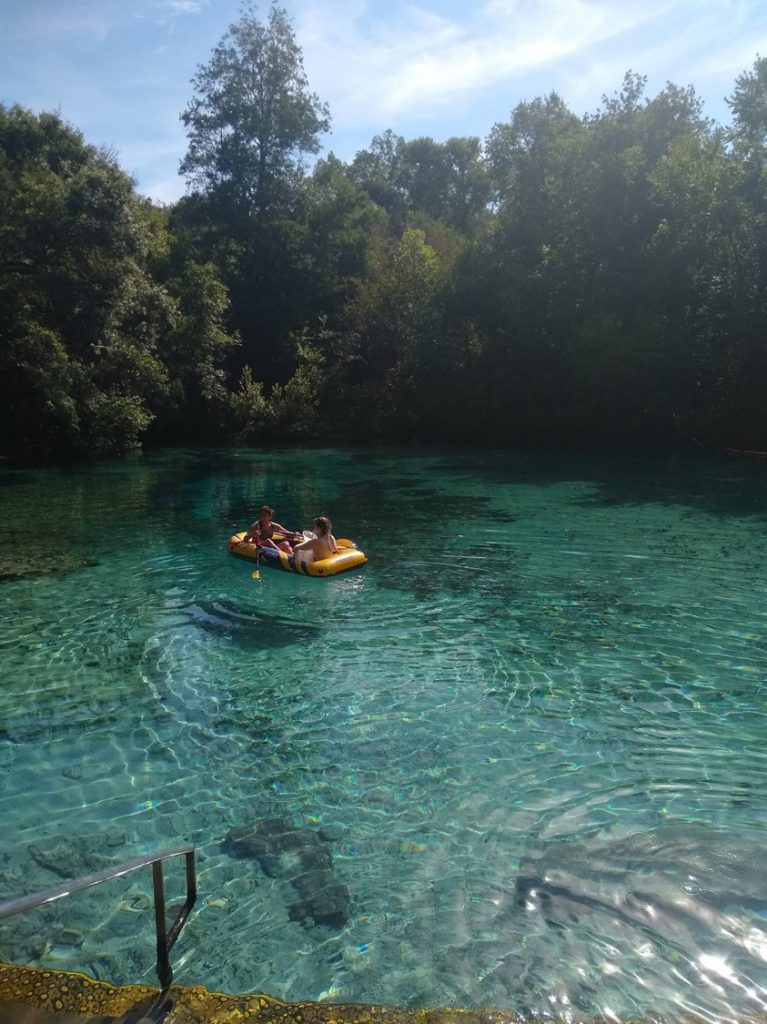 The team, whose field and lab work was led by USF PhD student Kema Malki, used an inflatable raft to retrieve samples in May-June 2017 from five springs across northern Florida that serve as a mirror for the Florida Aquifer as a whole, Breitbart said. They used microscopy and genetic techniques to investigate the abundance and composition of viruses and prokaryotes in the spring water and also assessed health-related water quality parameters, such as nutrient concentrations and dissolved oxygen levels.

The five springs were: Ichetucknee, Jackson, Manatee, Rainbow, and Volusia. Each spring discharges upwards of 246 million liters of water every day – the volume that would be needed to fill 100 Olympic-sized swimming pools. (It would take the average American residence 6.5 years to fill up just one Olympic pool based on average water use.)

The bacterial and viral counts were 100 to 1000-fold lower than what scientists usually detect in surface seawater, rivers, and lakes – and lower than what others have reported in other groundwater systems. The communities were dominated by bacteria and the viruses were similar to those found in other aquatic environments, Malki said. In total they sequenced nearly 60 novel viral genomes, including both single- and double-stranded DNA viruses (ssDNA and dsDNA viruses) that infect bacteria and eukaryotes.

Drilling down into the results held many surprises.

“Our original hypothesis going in was that the communities living in each spring would look similar because the springs are fed by the same aquifer,” said Kema Malki, a USF PhD student, “but they don’t look similar at all.” 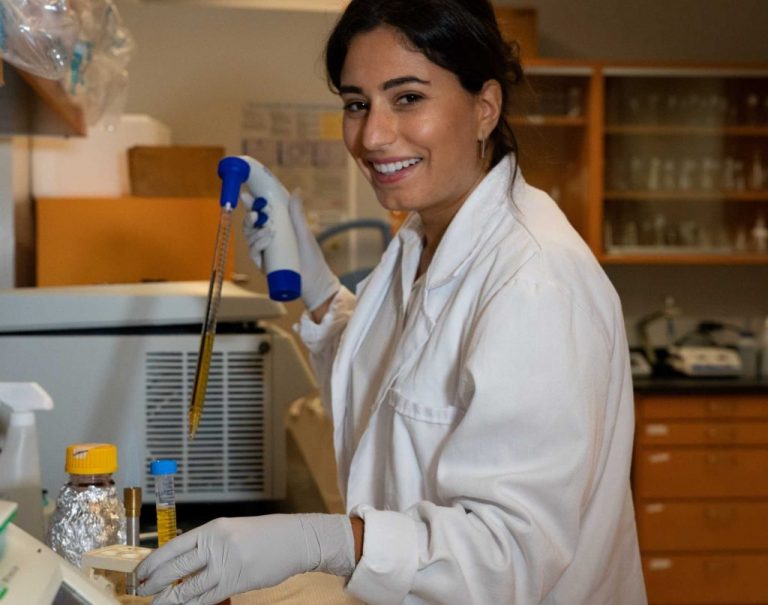 Lead author Kema Malki performed the lab work for this study, the first to characterize the viruses and prokaryotes (bacteria and archaea) that live in the Floridan Aquifer, at the USF CMS. Credit: Amanda Sosnowski at Terrene Visions (www.terrenevisions.com, @terrenevisions)

The unique community signature characterizing each spring suggests that groundwater microbial communities are influenced by land usage around the spring sites, Malki said.

“We know so little about these single-stranded DNA viruses,” Breitbart said, “and we have a lot more to learn about the roles they play in aquatic ecosystems.” The team used a relatively new technique to prep the DNA samples that allowed them to amplify both ssDNA and dsDNA viruses whereas previous methods only detected the dsDNA viruses.

“We knew there was a growing water quality issue in the springs but didn’t expect the numbers to be that high,” Malki said. 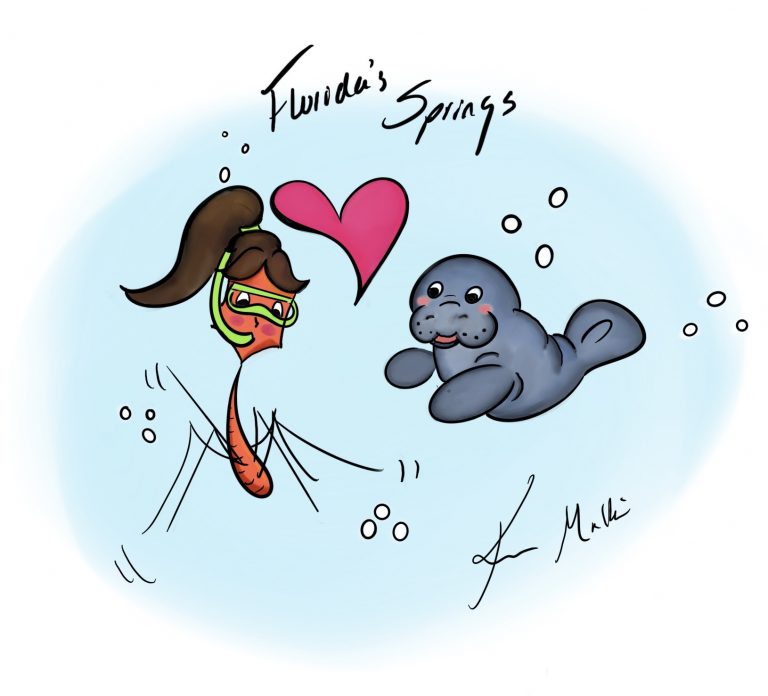 Malki captured the study in a fun graphic illustrating a bacteriophage swimming with a manatee.

The team hypothesizes that these varying nutrient concentrations and distinct bacterial, and viral communities are related to differences in land use around each of the spring sites. The waters feeding Jackson springs are surrounded by forests and agricultural lands while Volusia has the most urbanized springshed. The bacterial and viral counts in Volusia were ten times higher than the other sites.

“We’d need to drill down further to really know what’s going on here,” Malki said, “but we can confidently say that each spring site is different even though they are all fed by the same aquifer.”

The team is working on a slew of follow-up studies to help them better understand the ssDNA viruses, to assess the springs seasonally, and more. “We really needed this baseline in place,” Breitbart said.

The study was funded by the National Science Foundation.