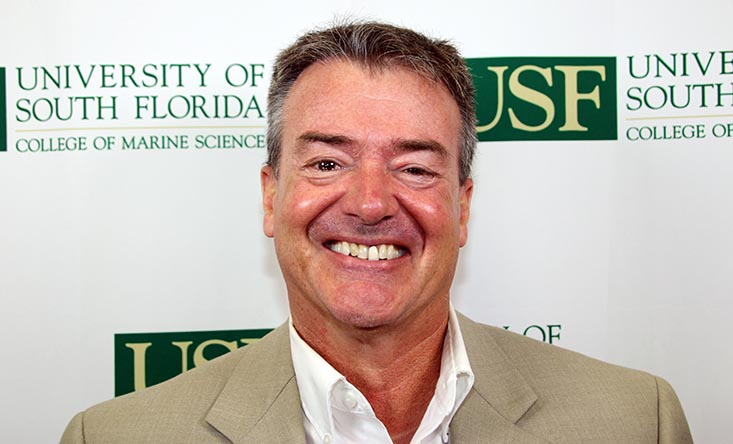 Dr. Merz, who serves as Program and HF Radar Operations Director for the Coastal Ocean Monitoring and Prediction System, is one of 38 leading academic inventors nationwide named as new NAI senior members. NAI senior members are active faculty, scientists and administrators from NAI member institutions who have demonstrated remarkable innovation in technologies that have a positive impact on society.

Dr. Merz is an inventor and patent-holder of a marine-based energy technology that uses seawater concentration differences for sustainable and renewable salinity gradient power generation. He is the founder and president of blue energy technology company Dialytics, Inc., a startup focused on the commercialization and application of microalgae (diatom) production for the aquaculture, nutraceutical, and biofuel sectors and has served as a multi-term board member for the NOAA/IOOS® Southeast Coastal Ocean Observing Regional Association (SECOORA).

Dr. Merz holds a Ph.D. in Engineering from USF and has been a member of the research faculty at the College of Marine Science for 22 years and was recently selected as one of only eight inaugural recipients of The National Academies’ $10.3M Research Campaign to Advance Understanding of Gulf of Mexico Loop Current. He is a longstanding member of the USF chapter of the NAI and served as chapter president in 2015.

He is also the co-organizer of an ongoing series of USF NAI convened workforce development workshops, Tampa Bay Alliance for Training in Technology, Innovation, and Entrepreneurship (2TIE) which provide expertise and outreach to the greater business community and the public. Additionally, he is a three-term city commissioner in his hometown of Safety Harbor.

This latest class of NAI Senior Members represents 24 research universities, government, and non-profit research institutes. The members of the current class are named inventors on more than 397 issued U.S. patents.

“NAI Member Institutions support some of the most elite innovators on the horizon. With the NAI Senior Member award distinction, we are recognizing innovators who are rising stars in their fields and the innovative ecosystems that support their work,” said Paul R. Sanberg, NAI President. “This new class is joining a prolific group of academic visionaries already defining tomorrow.”