Gokushoviruses – viruses that show that, in the ocean, size doesn’t matter 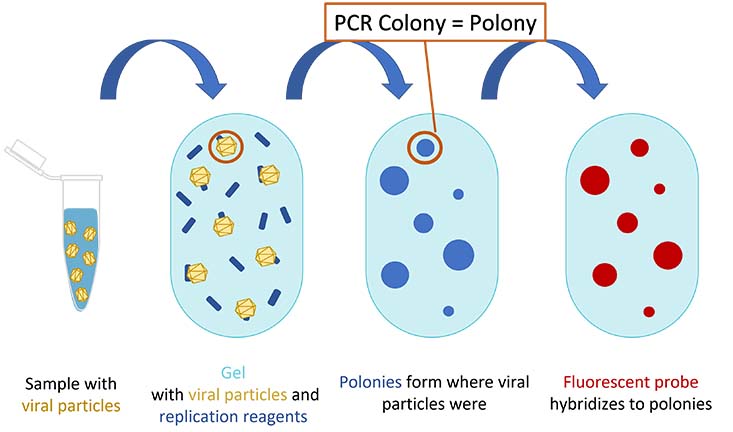 A simplified diagram of the polony method.

Viruses have been getting a bad rap lately, but viruses are essential to many processes in the oceans. 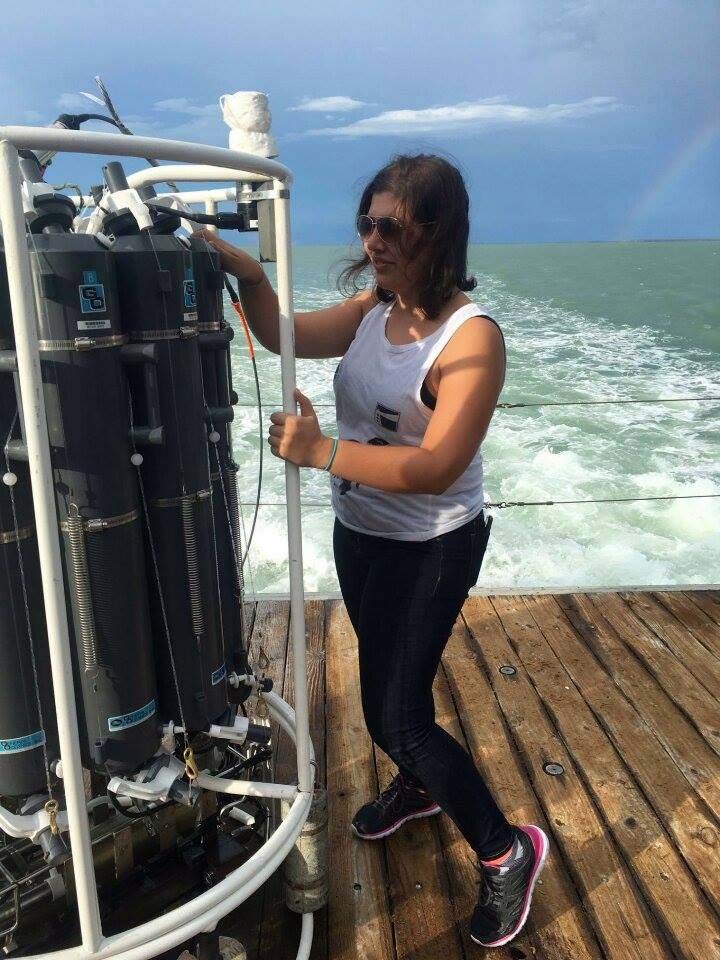 Natalie Sawaya in the field collecting samples of marine viruses.

In fact, there are dedicated researchers who study the ecological benefits of viruses—a group that includes Natalie Sawaya, a PhD candidate at the USF College of Marine Science. Sawaya, a member of the Breitbart lab, studies phages, which are viruses that infect bacteria, and their role in marine environments.

A paper published by Sawaya and her colleagues in Environmental Microbiology about the gokushoviruses, one of the least understood groups of phages, sheds some light on understanding the role of this viral group in the marine environment. DNA analysis has shown that gokushoviruses are found in almost every environment, from freshwater to oceans to humans, though despite its ubiquity, the ecological role of the abundant gokushovirus is still unknown.

But how can we know so little about a virus that is seemingly everywhere?

The issue lies in the biases of the techniques used to test for gokushoviruses in the oceans, Sawaya explains. Gokushoviruses are small, even for viruses, and they have single-stranded DNA (ssDNA) instead of the double-stranded DNA of their more commonly studied counterparts. These differences have hindered scientists’ investigations into their ecological roles.

Enter: the polony method. The polony - a portmanteau of PCR and colony – method is used to amplify DNA from individual viral particles. Sawaya and her colleagues adapted the polony method to be used specifically for gokushoviruses, quantifying them for the very first time and realizing they may be more abundant than previously thought. 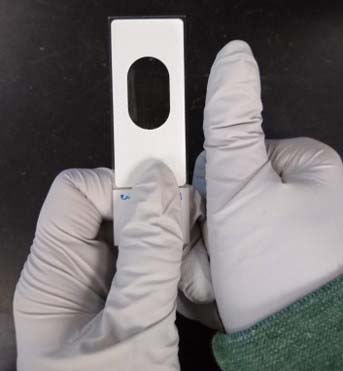 A smaller than usual slide was used to study the polonies (thumb for scale).

“Previously we were able to identify which viruses were present, but we had not been able to quantify their abundance in any meaningful way. The polony method is allowing us to quantify specific viral groups for the first time so we can make these comparisons across different environments,” said Sawaya.

This study, conducted in collaboration with the Israel Institute of Technology, is just a step in the long journey to illuminate the role of the gokushoviruses in marine environments. Sawaya looks forward to helping to tackle the questions that remain: “Which environments have the most gokushoviruses, how does gokushovirus abundance vary seasonally and throughout depth profiles, and what is happening with the bacterial community at the same time?” 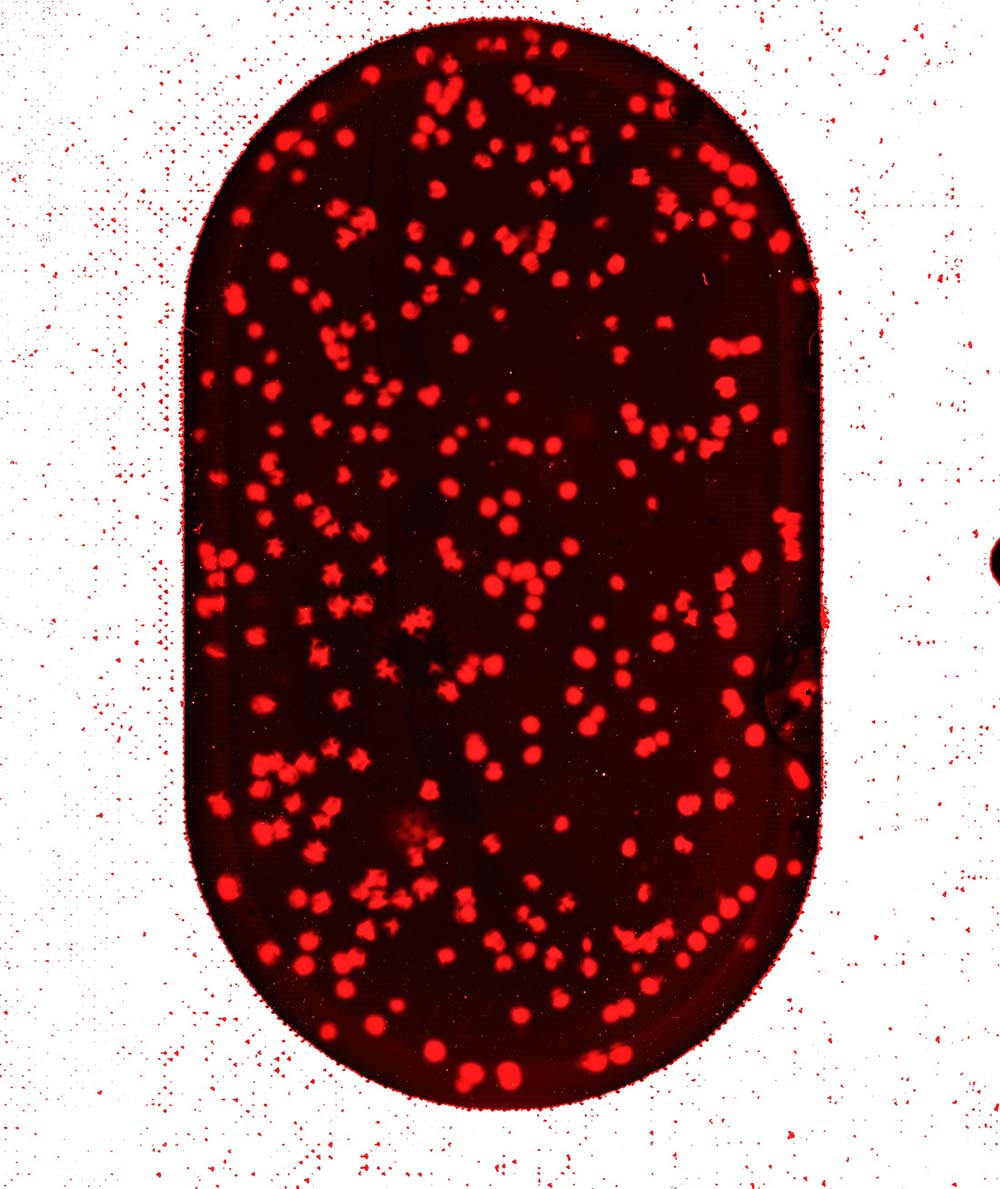 Example polonies that Sawaya and her colleagues observed in the lab.

“Our research showed that there can be up to 100,000 gokushoviruses per milliliter of seawater – prompting a key question – which bacterial hosts do these gokushoviruses infect? This still remains a major knowledge gap,” said Dr. Mya Breitbart, one of the principal investigators of this project. “We hope that finding areas where these viruses are the most abundant will provide key information for identifying their hosts, and eventually we’ll be able to grow and study these viruses in the laboratory.”