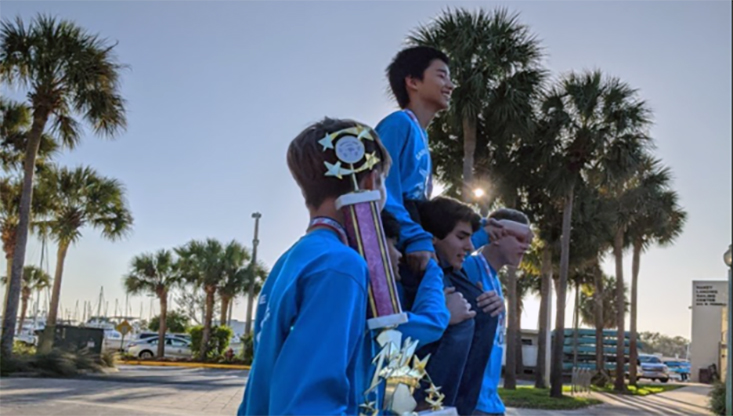 The winning team of the (pre-COVID!) 2020 Spoonbill Ocean Sciences Bowl from Gainesville, FL.

After 17 years, Teresa Greely, PhD, and her planning team for the annual Spoonbill Ocean Sciences Bowl, can almost prepare for their full day ocean science competition in their sleep. This year is a little different.

For the first time in its long-running history, the Spoonbill Ocean Sciences Bowl, a regional high school competition in St. Petersburg, FL where teams compete to advance to the National Ocean Sciences Bowl, will be held virtually.  It will take place on March 27th, 2021 from 8:30am – 4:30pm EST.

All of the prep work has been virtual, too -- hours of internal planning meetings and getting nearly 60 volunteers trained and ready – and it has not been a job for the meek. But Greely and her team aren’t sweating it one bit. In fact they have embraced the challenge and found that a virtual competition affords its own benefits; volunteers from as far away as Georgia and South Carolina are helping this year. The competitors are also being treated to a career panel event, called Polar Express, before the competition with a group of polar scientists (in accordance with this year’s competition theme, Plunging into Our Polar Seas) from around the country.

“This year has grown our ability to innovate, as we’ve plunged in to go virtual for so many events and programs, Spoonbill included, but we’ve come out stronger and more resilient in the end,” said Greely. 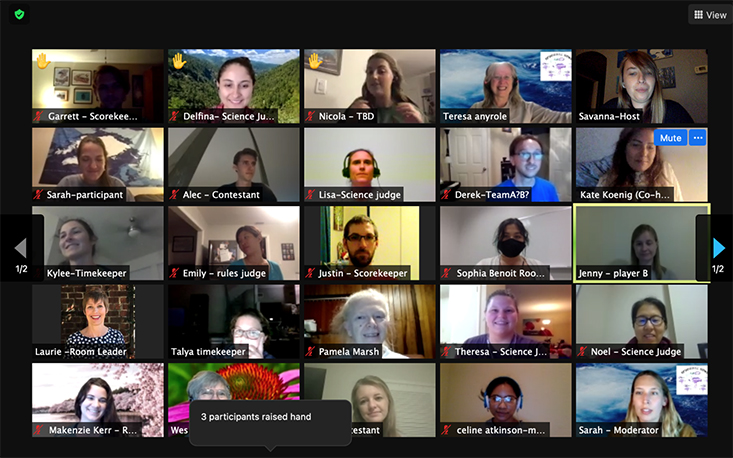 Screenshot from one of the Spoonbill Bowl’s first virtual volunteer trainings to prepare for the 2021 competition.

The online format isn’t the only first for this year’s competition. It’s also going to be the farthest-reaching event in Spoonbill Bowl history! Due to a cancellation of the Hurricane Bowl where teams from Florida’s Panhandle region typically compete, the Spoonbill Bowl has absorbed an additional three teams. That makes for a grand total of 15 groups vying for an opportunity to compete in the National Ocean Sciences Bowl Finals Competition, also to be held virtually from May 7 – 17th, 2021.

Check out the Spoonbill Bowl’s Facebook page for more updates and to keep up with the competition on game day.

Greely and her planning team (Savanna Finley, Ryan Simonson, Kate Koenig, and Sarah Grasty) would like to thank the Consortium of Ocean Leadership and USF College of Marine Science for their annual support of the Spoonbill Bowl, as well as the Florida Marine Science Educators Association (FMSEA) for their generous donations in support of this year’s event.