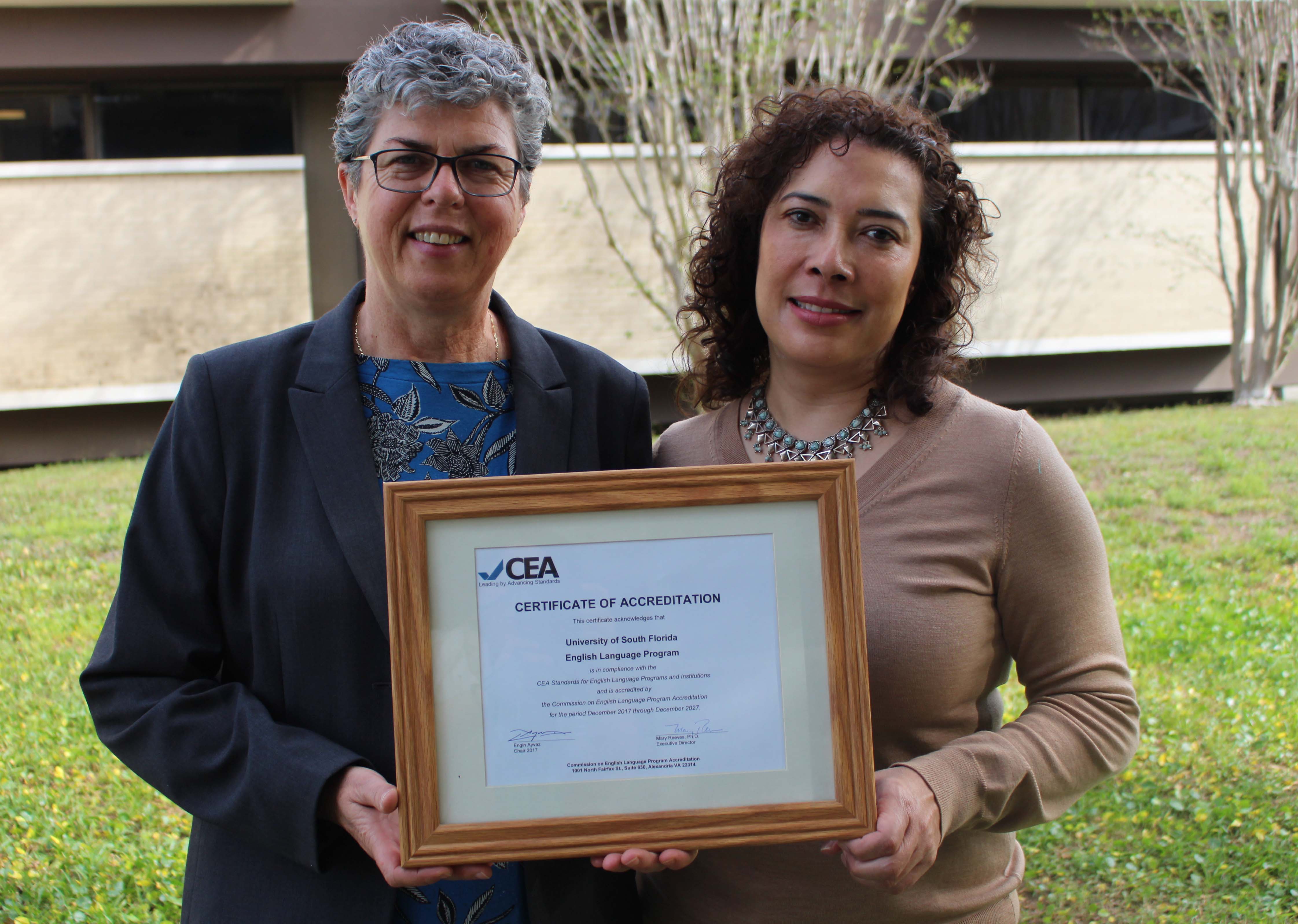 Pictured (left to right):  INTO USF's Academic Director Dr. Jane Harvey (left), and INTO USF's Associate Director of Faculty Affairs, Ariadne Miranda (right), who guided the INTO USF community through the accreditation process.

INTO USF is celebrating its 10-year reaccreditation from the Commission on English Language Accreditation (CEA), which was officially awarded in December 2017.

With an impressive 41 out of 44 of the commission's standard met, the CEA's final decision was to award 10-year reaccreditation, with a request for an update in October 2018 on how the three remaining standards have been achieved.

"This outcome is a tremendous accomplishment for INTO USF. It is not common for a program to be granted the full 10-year reaccreditation on initial submission. INTO USF would like to thank all members of the INTO & INTO USF community who played a special role in supporting this achievement. Without their valued collaboration and support this success would not be possible," said Dr. Jane Harvey, Academic Director for INTO USF.

To receive CEA accreditation, a program must meet a series of rigorous standards across areas such as curriculum, student achievement, student services, administrative and fiscal capacity, recruiting, program review and development, and more.

"The INTO USF center, and its dedicated faculty and staff, strive to offer the highest quality of English language education possible. To be awarded 10-year CEA accreditation is evidence of our ongoing commitment to excellence," said Dr. Jason S. Beckerman, Executive Center Director for INTO USF.

Achieving reaccreditation was a nearly year-long process for INTO USF, which included submitting a detailed report and supporting documents explaining how INTO USF meets all of CEA's standards. The submission was followed by a site visit by CEA reviewers to document and verify the exceptional quality of the center's programs and an invitation to respond to any standards that were not met before a final decision was made.