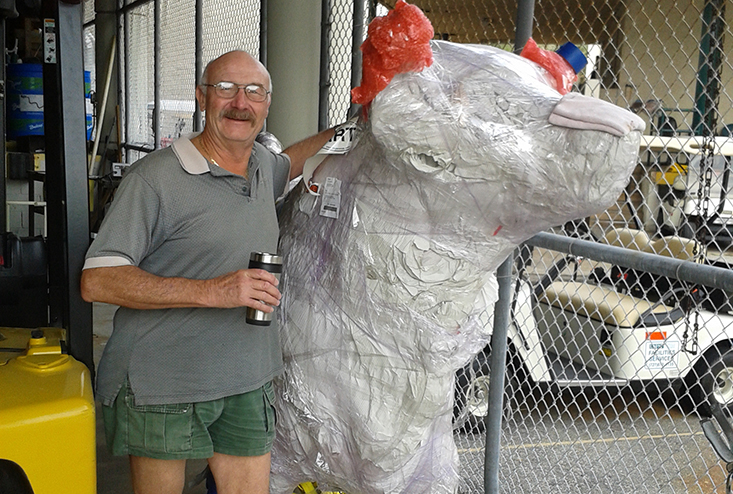 A CMS and COT longstanding fixture will be retiring tomorrow.  I have ignored this due to the pandemic and frankly the fact that I just haven’t wanted to deal with it.

Steve Butcher has been the most amazing old salt comrade that I think I’ve ever worked with.  He was brought here by the great David Costello, worked for years within Ken Carder’s Optical Oceanography group, helped break in the old RV Subchaser, worked w/ the John Kloske on COT’s AUV program, Gino Gonzalez and his robotics / ROV efforts, and myself with the gliders, profilers, CBASS, and CSCAMP projects.  I have survived seas larger than the WBII should be in, found and recovered lost gear that we never should have been able to find, conducted hundreds of days at sea, eaten food that shouldn’t be eaten on boats, maybe caught a few fish, and developed amazing technology with his help and guidance…  and we never got hurt (though ask him about octopi or mayonnaise and you can get some colorful stories).

It has been an honor to work with Steve over these years, that cannot be overstated.  Nor can the fact be ignored that it is people like him that make all the discoveries that this wonderful College endeavors in possible.  He is the backbone of our efforts, going to sea when no one else wants, getting up at 4am for CTD casts when the rest of us sleep, suffering a charter boat that the captain goes way to fast in seas way too large to go find that burning baby in the surf.  Our work doesn’t get done without people like Steve.  That should never be ignored.

These times of course suck, but they really suck when we can’t properly indulge in a celebration of a career as great as Steve’s.  Perhaps some day we can do this proper and you all can hear all the Willie the monkey stories, the secret passages in his College hovels, or Amberjack eyeballs (yes, we have video of that).  Because beyond Steve’s work effort, he is even more of a joy to sit and have an adult beverage with.  If you are ever so lucky, indulge.  And pay for his, you will not regret it. 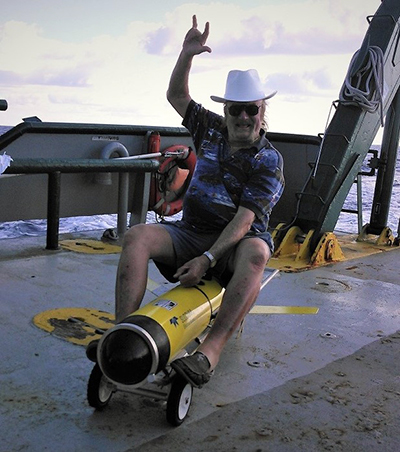 Steve began his career here at the College of Marine Science working for his friend David Costello within Dr. Ken Carder’s Optical Oceanography Lab in 2001. Working alongside David, he was part of numerous research projects involving AUVs, optical packages, and the outfitting and crewing the R/V Subchaser. When Ken retired in 2009, Steve moved to the Center for Ocean Technology where he’s since been a strong contributing member, providing a myriad of technical and engineering support skills. He began first working with John Kloske on his AUV / ROV operations team, helping with seawall and ship hull scanning. Steve then teamed up with Gino Gonzalez to develop various instrumentation such as the later versions of the SIPPER for Dr. Daly and passive acoustic moorings for Dr. Mann. He has also served as captain on several of USF’s small vessels during inshore and offshore operations. 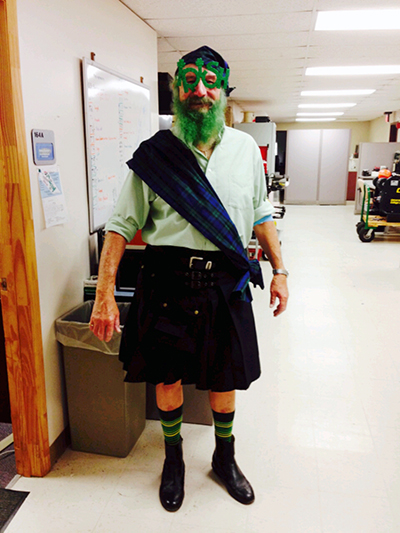 Throughout his tenure, Steve has been instrumental in assisting COT’s Chad Lembke with countless projects. From the Carder days on the R/V Subchaser to the present, he’s helped deploy, find, and retrieve profiling floats and gliders throughout the West Florida Shelf and Atlantic. This has supported the research of numerous current and former faculty members including Drs. Weisberg, Hu, Mann, and Byrne. Most recently, Steve has helped steward the C-BASS video system into existence and heavy use for some of Dr. Steve Murawski’s research projects. This required significant mechanical and electrical engineering work to fabricate, fixture, connect, and debug a platform entailing AC and DC electrical systems, voltage transformations, communications systems, numerous video systems, sonar, performance monitoring, and various environmental sensors.

All of this work helped the College land the funding for the C-SCAMP project in 2015. This effort is focused on large scale habitat mapping and fish population estimation for Dr. Murawski, Dr. Stan Locker, and Lembke. It is a very technically challenging program and Steve is the primary engineering technician for all operations including the C-BASS, water column echosounders, and multibeam sonars. Daily, he spends time maintaining, repairing, and engineering solutions to keep this project on its ambitious pace. 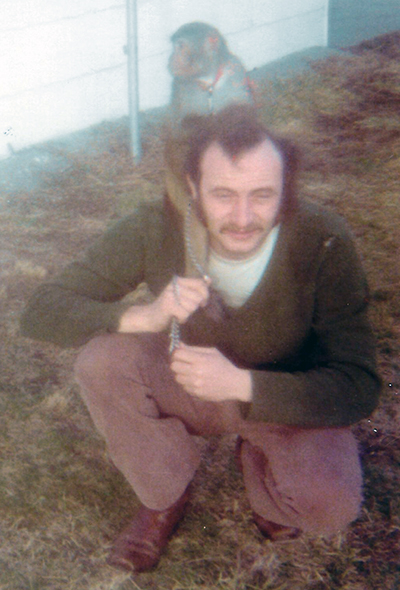 In just the last three years, Steve has accumulated well over 100 days at-sea as part of C-SCAMP and multiple glider projects; this number would at least double if we were to consider his full tenure at CMS. Steve’s persistence and attention to detail has saved multiple at-sea endeavors from grinding to a halt due to technical issues and thereby ensured expensive sea time did not go to waste. It is also worth noting the enormity of data collection that Steve has supported over the years that has led to at least a dozen publications that we are aware of including a co-author on a C-SCAMP publication outlining the technical development of the C-BASS.

It is people like Steve that are the backbone of how research gets done successfully.