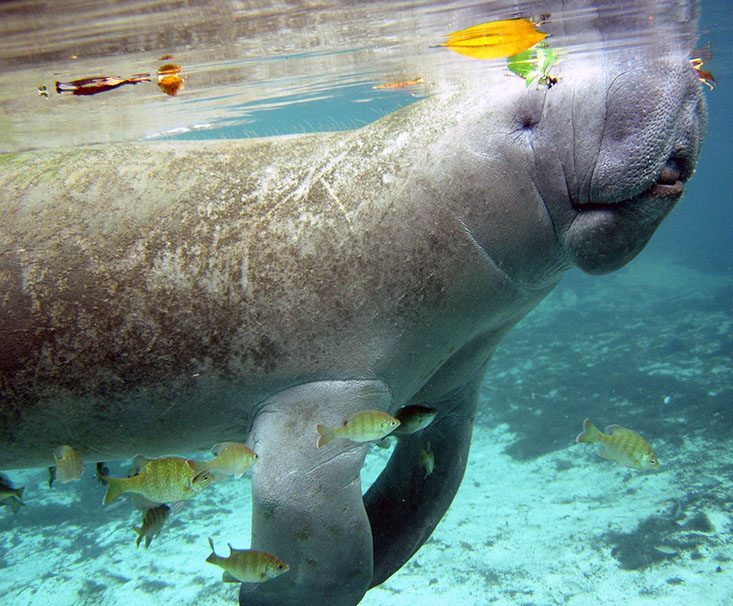 Can you get any more charismatic?! Taken in Manatee Springs, Florida. Credit: Mya Breitbart

Malki, a microbiologist, visited Manatee Springs to find the things you can’t see: the bacteria and viruses that also live in the sparkly water that flows from its headwaters to the Suwanee River. That volume ranges from 50 to 150 gallons per day. Malki published her findings in what became a spotlight feature in Applied and Environmental Microbiology. The study sheds new light on this little understood microbial world and holds broader implications for monitoring and stewardship of this vital water resource.

Microbial communities play a critical role in maintaining the health of Florida’s spring systems but we know so little about them, said Malki, now a Research Specialist at the University of Southern California. She earned her PhD studying these systems at the USF College of Marine Science in the lab of Mya Breitbart, senior author of the study.

“It continues to surprise us that we’re the first to undertake this research,” said Breitbart, whose team – again led by Malki – previously conducted the first census of viruses and bacteria in five of Florida’s largest springs, including Manatee Springs. The Floridan Aquifer that feeds the springs, one of the largest in the nation, provides drinking water for 10 million people in Florida, Georgia, and Alabama. 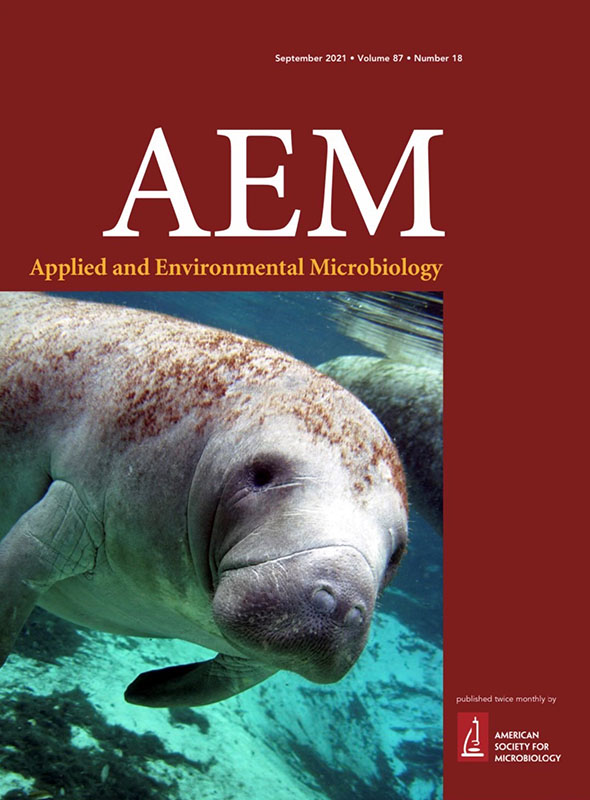 A curious manatee watches as scientists sample Florida’s freshwater springs to examine the prokaryotic and viral communities of these critical ecosystems. This photo by Mya Breitbart was the cover image for the journal issue. Copyright © 2021 Malki et al. CC-BY 4.0.

For the Manatee Spring study, Malki and her team determined the abundance of viruses and bacteria at three diverse sites within the Manatee Springs system at four times over the course of a year. The abundance of the particles increased 100-fold between the source waters and the Suwanee River, and very few bacteria and viruses found at the source were found further downstream. In addition there was significantly less variability in the spring outflow communities than in the Suwanee River, which underscores the stability of these groundwater communities.

The community composition is influenced by the land use along the site – in this case, agricultural activities -- and corresponds to changes in dissolved oxygen, phosphate, ammonium, and nitrate concentrations, Malki said.

“We’re only just now scratching the surface of understanding the dynamics of Florida’s springs,” said Breitbart. “These initial studies revealed a treasure trove of undescribed viral diversity – right here in our drinking water!”

Future research will explore the ecological roles of specific groups of viruses, including those infecting bacteria and aquatic plants, Breitbart said.

This work was funded by the National Science Foundation and included collaborators in Maryland, Spain, and Sweden.