Sponsored in part by USF, the November conference was held in Puebla, Mexico and featured networking sessions, workshops and an awards gala. USF was proudly represented by Dr. Darlene DeMarie, Ph.D., president of Mid-FL Chapter of the Fulbright Association and Ms. Amela Malkic, USFSM director for global engagement and president-elect of the Mid-FL Chapter of the Fulbright Association.

The two USF colleagues presented a poster at the conference: "A True Partnership between the Mid-Florida Chapter of the Fulbright Association and the University of South Florida." 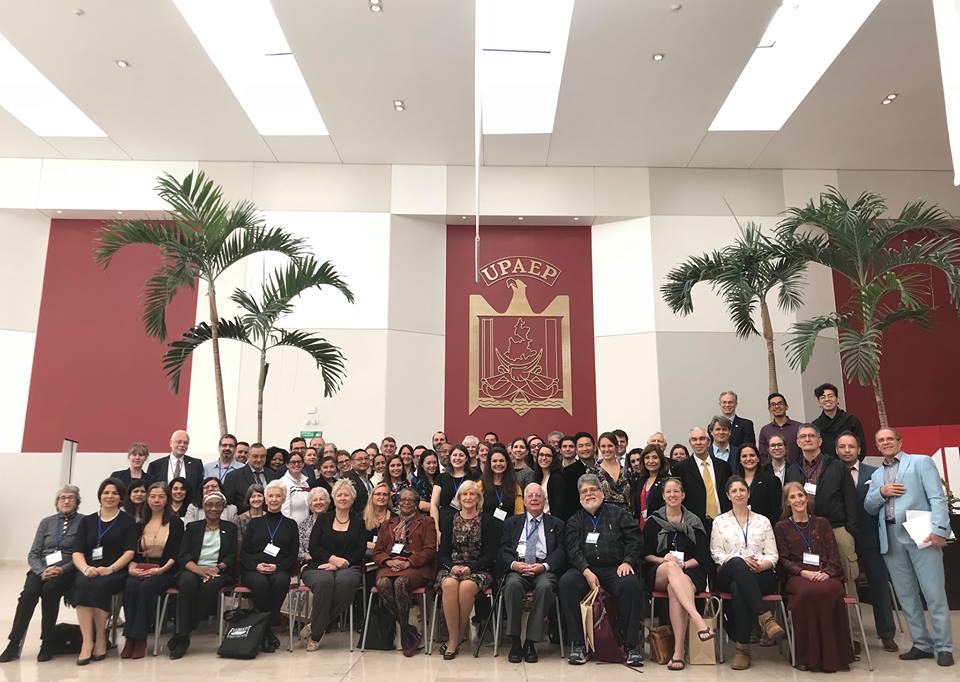 Attendees of the 2018 Fulbright Association Annual Conference pose for a group photo. (Courtesy of @CONMEXUSFULBRIGHTGR)

“The Mid-FL Chapter is honored to have been selected to receive this year’s Committee’s Choice Award. This recognition is a testament to the progress we have made in bringing together the Fulbright community including fellows, alumni, and friends of Fulbright. We have truly fostered an environment where like-minded people can have an open dialogue and find mutual understanding,” said DeMarie. 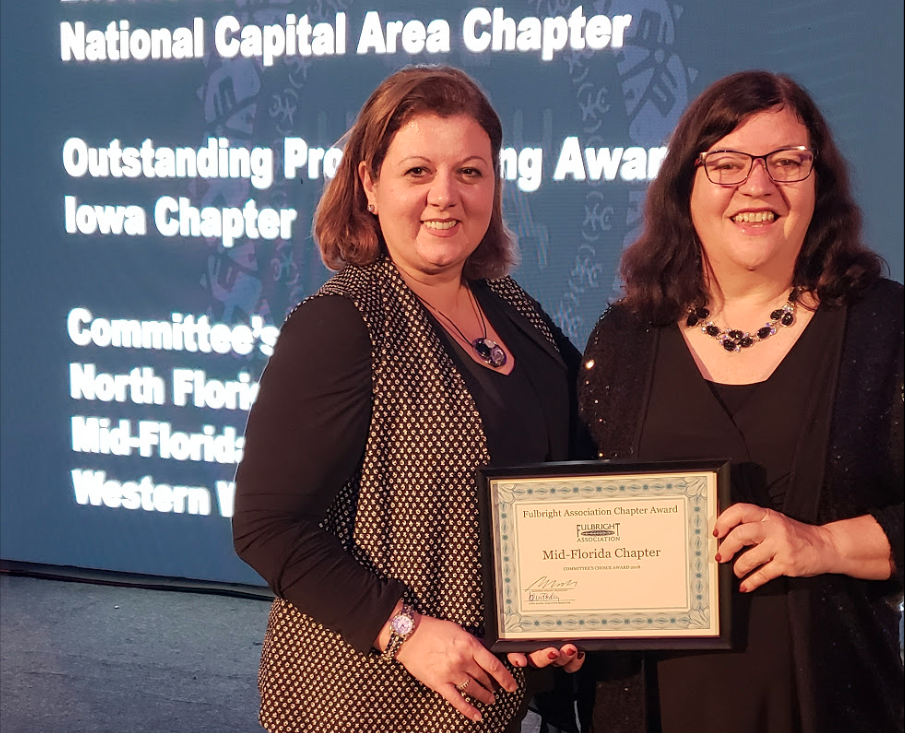 The Mid-FL Chapter of the Fulbright Association was founded in 2001 by a group of Fulbright Alumni. The geographic area of the chapter extends from Ocala to Sarasota, west to the Gulf and east to the Atlantic Ocean.

“We’re so very proud of Dr. DeMarie and the Mid-FL Chapter for receiving this national award. The Mid-FL Chapter and USF have enjoyed a long-standing and fruitful relationship that has produced incredible results over the years and we are grateful for this community engagement,” said Dr. Roger Brindley, vice president for USF World.